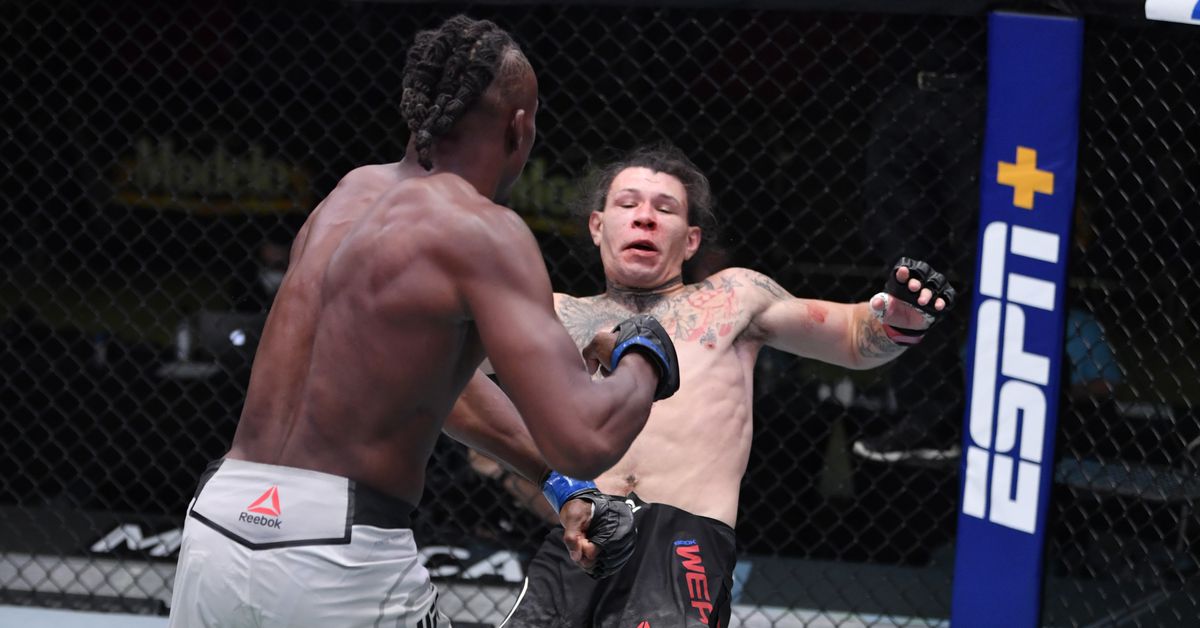 Lightweight Jalin Turner almost got a perfect piece of highlight-reel footage, but referee Herb Dean made him work for it at UFC Vegas 10.

Turner, a short-notice replacement for Frank Camacho, secured a rear-naked choke on Brok Weaver at the 4:20 mark of the second frame. But he thought the fight was over long before that.

Turner cracked Weaver with a perfectly placed right hook and started his victory walk when Weaver dropped to the canvas. But to he and UFC commentator Michael Bisping’s surprise, Dean didn’t call off the fight. Even a short victory lap and declaration of “he’s out” didn’t get Turner the stoppage. And so, he was forced to re-engage.

Check out the sequence.

Turner, who fought at 165-pounds one week after a positive COVID-19 test canceled a scheduled bout against Thiago Moises, didn’t struggle to finish after the stutter-stop. He battered Weaver with big punches on the ground and then sunk in the choke before he was fully in position. Dazed, Weaver quickly tapped to the hold.

Picture perfect or not, Turner got his second straight win after a TKO of newcomer Joshua Culibao in his previous performance. Contender Series vet Weaver continues to struggle after a disqualification win in his debut and a loss to Roosevelt Roberts in his second octagon appearance.