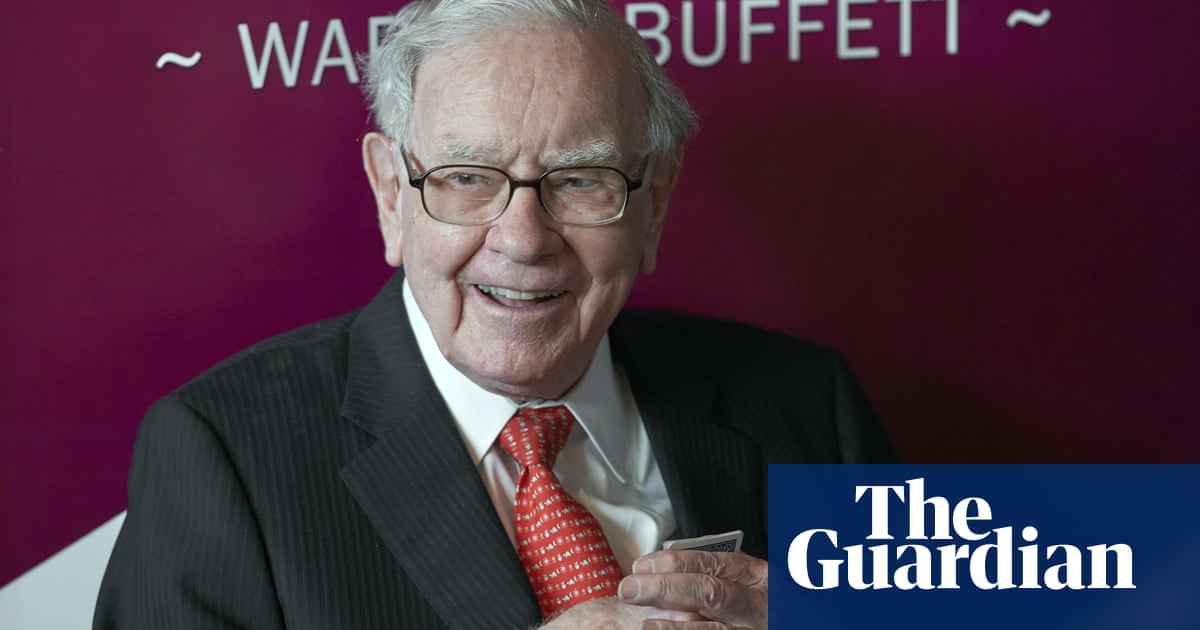 Warren Buffett has invested $6bn in Japan’s five biggest trading houses, giant conglomerates involved in everything from importing food and textiles to the technology and manufacturing industries, as he looks to diversify beyond the US.

The surprise move by Buffett, who has just turned 90, means he is one of the biggest shareholders in Mitsubishi Corp, Mitsui & Co, Itochu Corp, Sumitomo Corp and Marubeni Corp.

Buffett’s investment company, Berkshire Hathaway, has taken a 5% stake in each of the “sogo shosha”, or general trading companies, that play a vital role in the Japanese economy and are increasingly becoming global players.

“The five major trading companies have many joint ventures throughout the world and are likely to have more of these partnerships,” Buffett said. “I hope that in the future there may be opportunities of mutual benefit.”

The stakes, which have been bought through the subsidiary National Indemnity, are worth more than $6.3bn (£4.7bn) combined. Berkshire intends to remain a key investor for the long term, potentially increasing its holding in any of the five trading houses, whose shares have fallen steeply during the pandemic, to 9.9%. The stakes have been built over the past year through regular purchases on the Tokyo stock exchange but have only just been disclosed.

The move was well received in the Japanese market, pushing shares in the five trading companies up by between 6% in Itochu and 14% in Marubeni. However, some analysts were surprised at the move, given that trading houses have not historically been considered winning investments.

“Their cheap valuation may have been an attraction,” said Norihiro Fujito, the chief investment strategist at Mitsubishi UFJ Morgan Stanley Securities in Tokyo. “But it is un-Buffett-like to buy into all five companies rather than selecting a few.”

Japan has struggled economically, making it a prime target for investors seeking discounted stocks. Speculation that Buffett was looking there peaked last September, when his company raised $4bn in a yen bond issue. It was the largest ever by a non-Japanese institution. Berkshire Hathaway said it had 625.5bn yen of yen-denominated bonds outstanding.

The investment will help reduce Berkshire’s dependence on the US economy, which in the last quarter contracted by the most in at least 73 years. Berkshire Hathaway owns more than 90 businesses outright and has investments in dozens more, all mostly US, from American Express and Coca-Cola to Bank of America and a $125bn stake in Apple.

Many of its businesses have taken a hit during the coronavirus pandemic, including the aircraft parts maker Precision Castparts. Last month the company cut 10,000 staff, about 30% of its global workforce, and Berkshire Hathaway took a near-$10bn writedown on Precision Castparts’ assets.