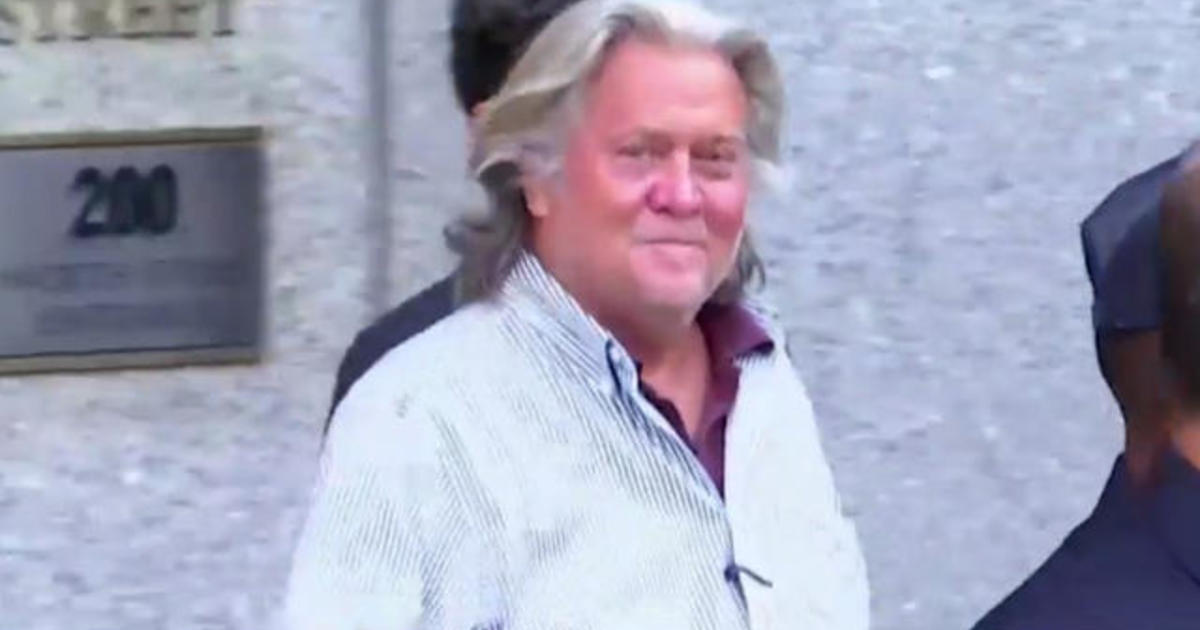 Washington — The federal judge presiding over the case against Steve Bannon and three other men who allegedly defrauded donors with a fundraising campaign to build a wall along the southern border set a May 24, 2021 trial date for the four charged in the scheme.

Bannon’s three co-defendants, Brian Kolfage, who organized the “We Build the Wall” campaign, Andrew Badolato and Timothy Shea, each pleaded not guilty to one count of conspiracy to commit wire fraud and one count of conspiracy to commit money laundering. The four made their initial appearances remotely before U.S. District Judge Analisa Torres on Monday.

Bannon, who served as a chief strategist in the White House for President Trump, pleaded not guilty to the charges earlier this month. He was released on $5 million bond and had to forfeit his passport.

Federal prosecutors in the Southern District of New York announced August 20 that Bannon, Kolfage, Badolato and Shea had been indicted for allegedly defrauding donors to a $25 million fundraising campaign that claimed to be raising private money to build a wall along the U.S.-Mexico border.

According to the indictment, donors to the “We Build the Wall” campaign were repeatedly assured 100% of the money raised would be used to fund construction of a border wall, but the claims were false. Instead, prosecutors accused the men of profiting from the scheme, with Bannon receiving more than $1 million from “We Build the Wall,” some of which was used to cover his personal expenses and pay Kolfage. Kolfage received more than $350,000 through the venture, according to the indictment.

To conceal the payments, prosecutors said the four men routed money through a nonprofit controlled by Bannon and a shell company controlled by Shea.