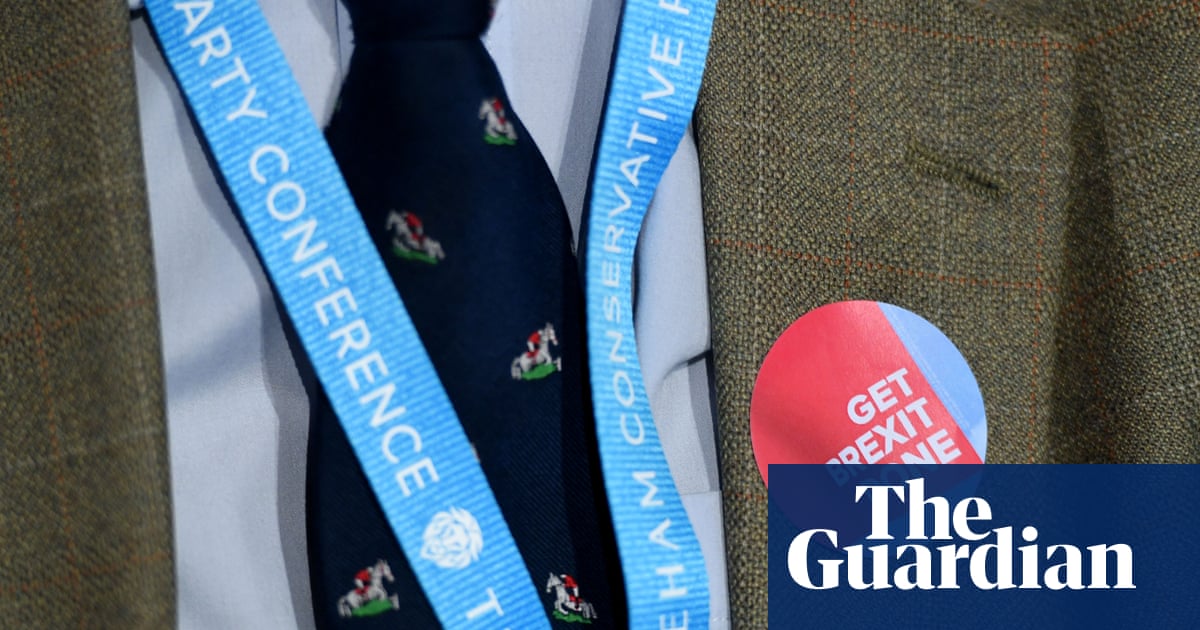 The Conservative conference may be strictly virtual this year, but the party is still seeking to extract a lucrative income stream from businesses wanting access to ministers – at a cost of up to £25,000.

The usual autumn gathering is cancelled because of coronavirus, but the party has promised members the consolation of an online event, which it said would still provide “a fantastic opportunity for members to share ideas and hear from voices across the party”.

Boris Johnson’s in-tray: what are the key issues PM needs to address?

While attendance is free for members, the party hopes to squeeze a significant income from the event. Politico reported on Monday that the Conservatives would offer “virtual stalls” in an online “exhibition hall” at prices ranging from £6,000 to £25,500 plus VAT.

Businesses weighing up the wisdom of a stand at an event confined to the internet are told that they will be able to “meet MPs and councillors, mingle with members and inspire thousands of influential delegates”.

Exhibitors from “bronze” to “platinum” levels are told of benefits ranging from “ministerial virtual visits from senior members of cabinet”, a “brandable, dedicated interactive stand”, and “lead generation with a virtual business card fishbowl”, a brochure for the event says.

Politico reported further options for businesses including a virtual “policy roundtable” with a minister for £7,400 and the chance to host “Zoom-style” virtual fringe events – studio included – over the four days of the conference for £40,000.

The brochure indicates a certain urgency to the fundraising efforts: “If it’s got space for a logo or website,” it says, “then it could be yours.” Prospective advertisers are told they will get “access to high-value prospects and compelling ROI [return on investment]” and can book “virtual billboards located in key areas of the delegate journey”.

A Conservative party spokesperson said the party was offering “a wide range of packages” that would also include a spot at next year’s spring conference, and added: “It is commonplace for political parties to sell exhibition space at their conferences.”

All of the main political parties had to rethink their annual conferences this year, which typically provide a substantial source of income as well as rallying members and garnering major media coverage. The Scottish National party postponed its summer conference, while Labour and the Liberal Democrats have also gone online.

It is understood that while Labour does not intend to have an equivalent virtual marketplace, its Connected event will feature some sponsored sessions.

The Lib Dems, meanwhile, also have a host of online opportunities on offer, including “expo booths”, which consist of banner ads linking through to a page showcasing products and services with video content and slides.

The party’s brochure adds that booths have a “customisablelead-generation feature built in (call-to-action button) for capturing delegate interest”. Substantially lower than the Conservative equivalent, prices start at £1,500.