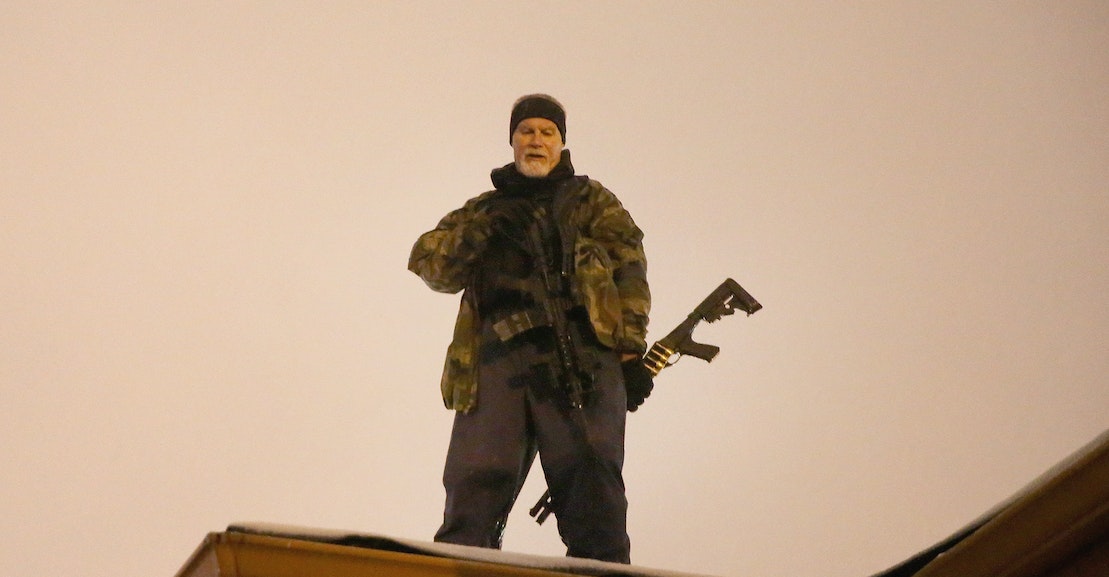 Hours after the body of Donald Trump supporter Aaron Danielson began growing cold on the streets of Portland, the latest casualty in the ongoing domestic unrest of the Trump era, frothing far-right backers immediately jumped to a single conclusion. Unlike all of the other deaths of the Trump era—of Heather Heyer in Charlottesville at the hands of a neo-Nazi Trump supporter, or of Chuck Davis in Washington state at the hands of a Trump-backing conspiracy theorist—the death of Danielson was apparently a watershed.

Little matter that the circumstances of the death of Danielson remain mired in confusion. Little matter that Danielson was apparently part of a pro-Trump caravan flooding Portland in order to assault protesters with paintballs and pepper spray, or that he was a backer of the brownshirt-adjacent “Patriot Prayer” group. Little matter that, if Danielson’s death is connected to violence from so-called antifa protesters, it would be the first body ever attached to explicitly far-left protesters in the U.S. in years—magnitudes less than the number of fatalities connected to far-right violence, which has only continued to pile over the past four years.

All that matters, apparently, is that Danielson now lies dead, the newest victim of a surge of domestic turbulence that the U.S. hasn’t seen in decades. For the militant far-right, there’s only one logical conclusion, or one logical outcome, to follow: civil war. A war that these forces have thirsted for for years, ever since America’s future demographic trajectory became clear—ever since 1865, really. “The first shot has been fired brother,” Stewart Rhodes, the head of the Oath Keepers, America’s largest militia, tweeted early Sunday morning. “Civil war is here, right now. We’ll give Trump one last chance to declare this a Marxist insurrection & suppress it as his duty demands. If he fails to do HIS duty, we will do OURS.”

It’s unclear why Rhodes believes peaceful demonstrators—those leading the greatest protest movement the country has ever seen—are “Marxists,” or why he believes the insane notion that they represent an “insurrection.” It’s also unclear what Rhodes views as the Oath Keepers’ “duty,” though it’s not difficult to imagine a range of devastating possibilities. But when I asked Rhodes for clarification about what he thinks Trump should do, he was direct.

“[Trump] should declare a nationwide insurrection to be in effect and call all of the National Guard units into federal service, under his command, and use them to suppress the insurrection in the streets,” Rhodes told me. And when I asked Rhodes whether such orders should be limited to Portland—my hometown, where my family and friends and loved ones aplenty still live—or whether Trump should consider directing such forces elsewhere, Rhodes was clear: “Nationwide.”