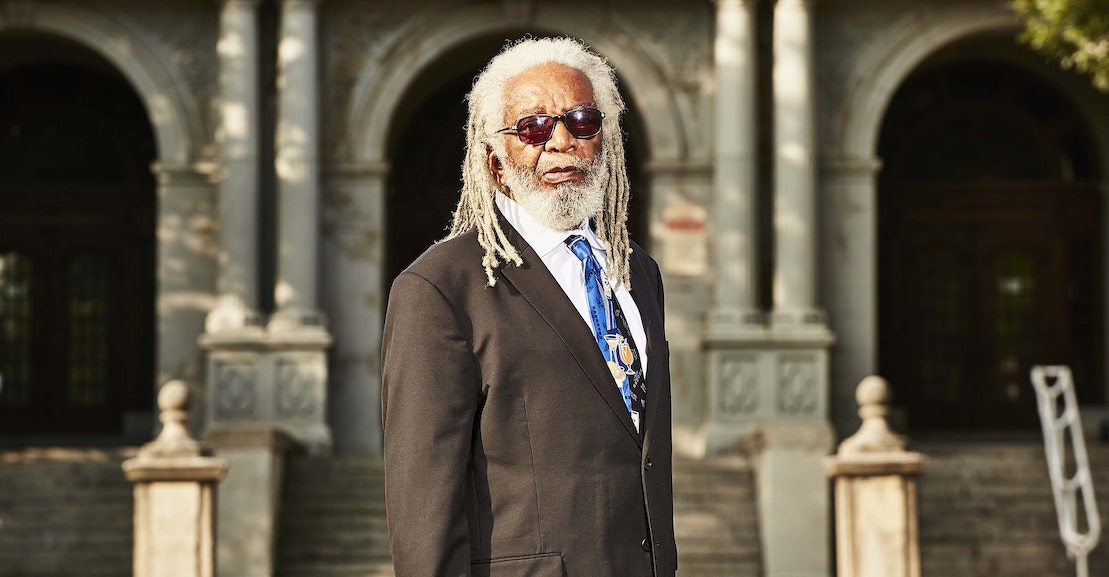 Bill Monroe, now 75 years old, completed his service in the U.S.
Army in 1967. The same year, he joined the St. Louis Metropolitan Police
Department. He told me about an altercation from those early years that has
stuck with him and that has taken on a special resonance this year, in the
midst of a once-in-a-generation debate over reforming American law enforcement.

“I was leaving the old Eighth District station,” he said, “and
two white officers were bringing this brother they had in custody into the
station. The brother was dressed real nice: double-knit slacks, silk shirt. Our
eyes met. He said, ‘Brother don’t leave, don’t leave me, they’re going to fuck
me up.’ But I went on and got in my car and drove off. Then something hit me,
something told me to go back, and I did. Sure enough, they had beat him bloody,
took off part of his ear, blood all over his slacks and shirt.”

Monroe lashed out against one of the officers. The two men,
one white, one Black, fought right there in the station. Monroe described a
vicious fight while other officers looked on. He later learned that the two
white officers had stopped the Black man because he had been in a car with a
white woman. They didn’t like that. It turned out she was his wife.

Monroe got a three-day suspension for the fight.

Those were different times, you might say. But when I was a
young officer in the Eighth District in the 1990s, I had to physically restrain
a white officer who had suddenly begun brutally assaulting a young Black man.
We were standing on his porch. The young man was already injured, on crutches,
leaning on them in the doorway of his home. He had committed no crime; he had
merely refused the officer, who had no warrant, entry to his home. So the
officer decided to kick his Black ass.