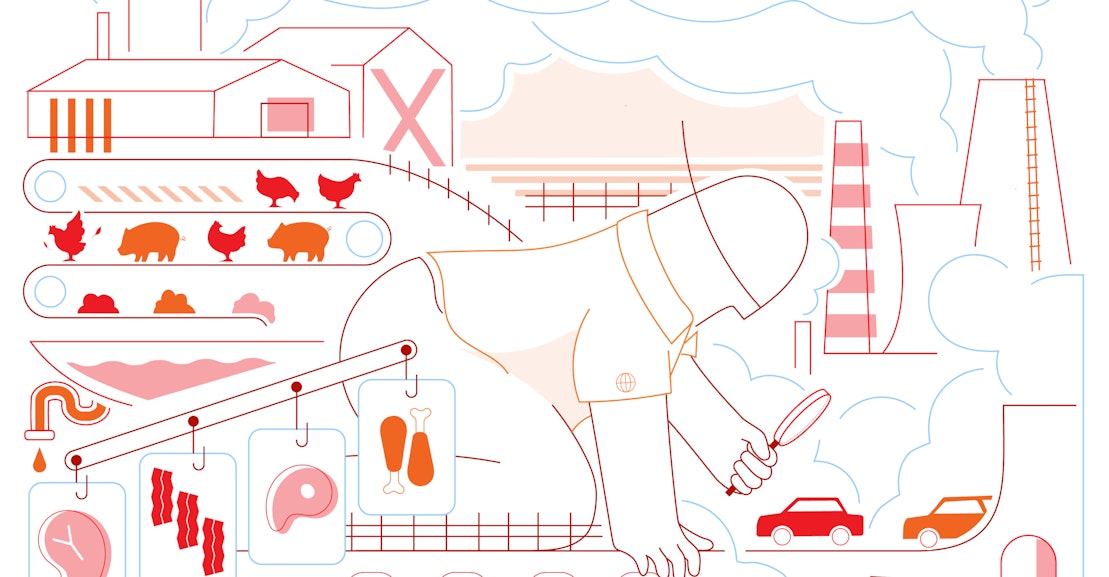 Last month, the United Nations set off a furor in the climate community when it clumsily tried to raise awareness about the global problem of meat consumption. “The meat industry is responsible for more greenhouse gas emissions than the world’s biggest oil companies,” it wrote on Twitter. “Meat production contributes to the depletion of water resources & drives deforestation.” The UN then implored its 12.7 million followers to “eat less meat” because “every climate action counts.”

The tweet triggered meat industry spokespeople, government officials, and a few academics, who pointed to consensus estimates showing that the livestock industry contributes 15 percent of global emissions, while the largest oil companies generate considerably more. Influential climate scientist Michael Mann called the tweet “not true by any defensible accounting.” The UN’s social media team might have been referring to a recent report suggesting that the largest meat and dairy companies’ emissions are on track to overtake the largest oil companies’, or more aggressive estimates suggesting meat and dairy make up as much as 51 percent of all greenhouse gas emissions globally when you take related deforestation into account. But the UN didn’t cite their sources and, rather than debate the matter, deleted the tweet.

The broader discussion of meat’s environmental toll—the two-thirds of the tweet that were indisputably right—thus disappeared in an uproar over a questionable calculation. You could not find a more perfect illustration of the problem with modern climate discourse. All too frequently, activists, politicians, and scientists reduce the all-consuming crisis of global warming to a question of greenhouse gas emissions: what drives them up, and how best to bring them down. The natural world and its nonhuman inhabitants are reduced to a series of models and equations.

The modern climate movement has many advantages over the environmental movement of decades past—aggressively targeting fossil fuel companies, utilities, and other major emitters while striving to address earlier environmentalists’ failings on questions of race and social justice, for example. But in other ways, the climate movement’s scope has narrowed, mainstreaming its message by rendering it more mathematical and anthropocentric—paradoxically more consistent with the capitalist mindset that has brought us here.

The Canadian political theorist Will Kymlicka has called those who champion animals’ interests “orphans of the left.”

The Canadian political theorist Will Kymlicka has called those who champion animals’ interests “orphans of the left.” They are also orphans of the climate movement. Despite a growing scientific consensus that animal agriculture must be massively reduced as part of a comprehensive climate strategy, many prominent climate advocates have resisted working meat and food politics into the climate conversation. Mann, for example, pilloried Goldsmiths University in the United Kingdom in 2019 for removing beef from its on-campus menus as a sustainability measure; he and his op-ed co-author, Penn State history professor Jonathan Brokopp, have called veganism “virtue signaling.” Progressive climate writers like David Wallace-Wells have responded to plant-based dietary guidelines by arguing that “conscious consumption is a cop-out.” Others have gone further, advocating giant fish farms, championing “low-methane” cows, or arguing for the expansion of animal agriculture in the Global South.