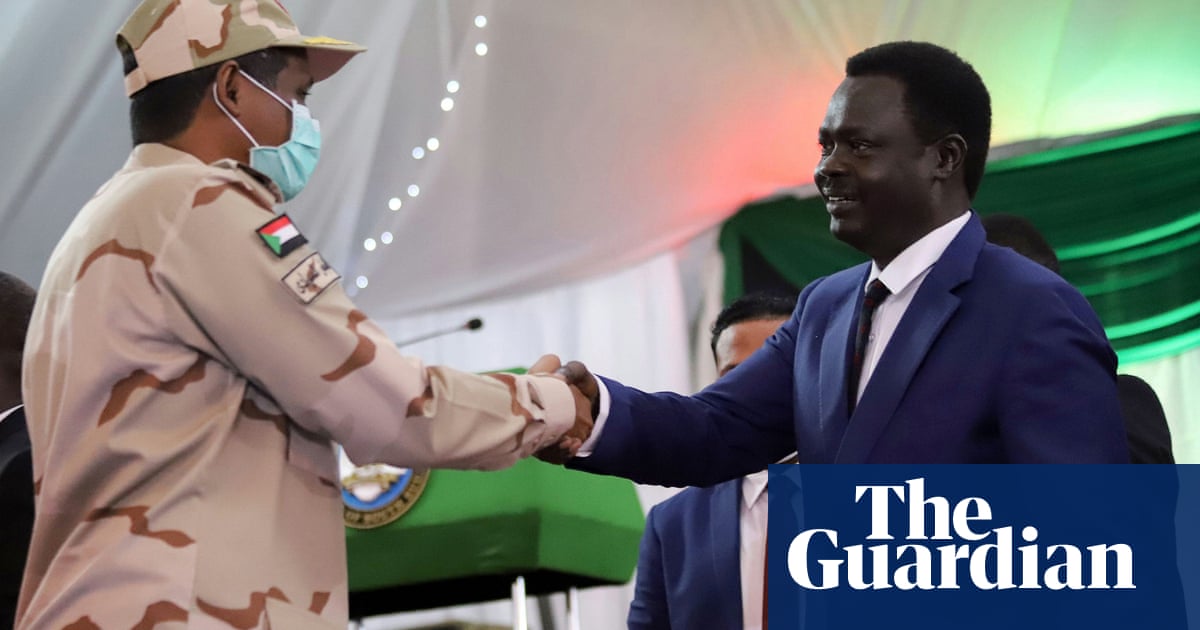 Sudan’s government has agreed to a peace deal with five rebel groups in a move seen by observers as a significant step towards resolving multiple deep-rooted civil conflicts that have caused immense suffering in the country for decades.

The agreement will provide a welcome boost to the transitional government that took power after the fall of the authoritarian ruler Omar al-Bashir last year.

On Monday, officials from Khartoum met leaders of the Sudan Revolutionary Front, an umbrella organisation of rebel groups from the western region of Darfur and the southern states of South Kordofan and Blue Nile, in the capital of neighbouring South Sudan for the deal.

The transitional government, led militarily by Gen Abdel Fattah al-Burhan, the head of a sovereign council, and on the civilian side by the prime minister, Abdalla Hamdok, said peace building was a “cornerstone for all its endeavours”.

Burhan and Hamdok were in attendance, a correspondent for the news organisation Agence France-Presse said, while the South Sudanese president, Salva Kiir, oversaw the ceremony.

The deal was “initialled” and not signed to allow two key holdout rebel groups to join in a final agreement, officials said.

Sudan’s rebels are largely drawn from non-Arab minority groups that have long complained about Arab domination of the government in Khartoum.

About 300,000 people have been killed in Darfur since rebels took up arms there in 2003, according to the UN.

After the dictator’s ousting, several factions declared a truce and joined negotiations with the new government.

The new agreement covers key issues around security, land ownership, transitional justice, power sharing, and the return of people who fled their homes because of fighting.

It also provides for the dismantling of rebel forces and the integration of their fighters into the national army.

However, an SLM faction led by Abdelwahid Nour in Darfur and a wing of the SPLM-N headed by Abdelaziz al-Hilu in the Nuba mountains have said the agreement does not meet their demands.

Civilian leaders of Sudan have struggled to advance a reformist agenda amid resistance from some factions of a powerful military and Bashir loyalists as well as grave economic challenges.

However, observers say Hamdok and his government have managed to push through significant changes.

Last month, officials said they would cancel prohibitions against religious conversion from Islam and permit non-Muslims to consume alcohol in a decisive break with almost four decades of hardline policies under the former Islamist government.

The government hopes to be removed from a US list of states sponsoring terrorism, which would lift many severe sanctions and allow large multilateral aid packages.