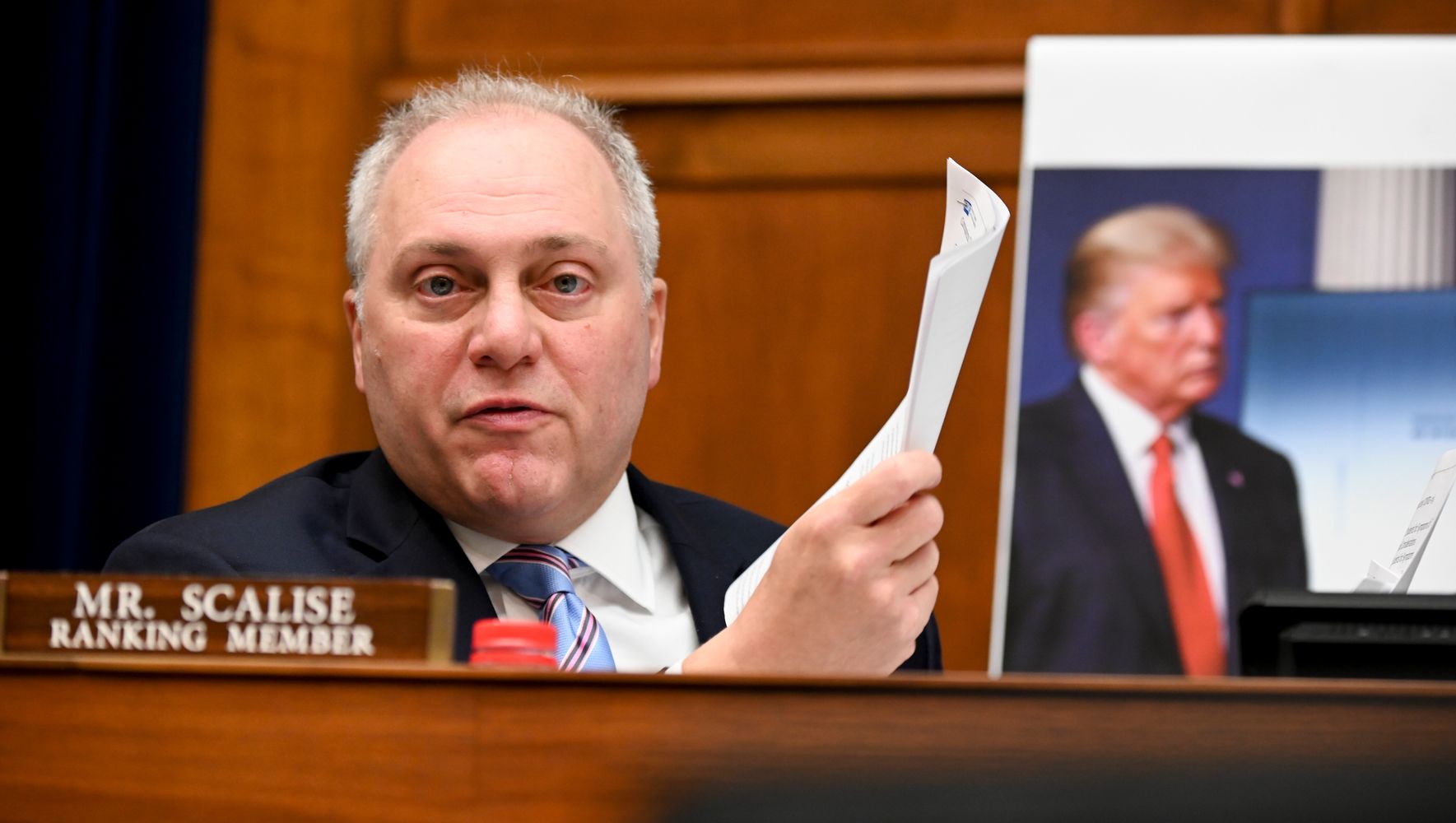 Rep. Steve Scalise (R-La.) defended using a video from the Democratic National Convention which was edited deceptively to make it appear as if Joe Biden said he supported defunding police departments — which the Democratic presidential nominee does not.

During an interview with “Fox & Friends” on Monday, Scalise said that the video “shouldn’t have been edited” but claimed that the message of the doctored video was still accurate.

“Look, it shouldn’t have been edited,” Scalise told the show’s anchors. “But at the same time, the comments were always about, in fact, twice in that interview he asked Joe Biden if he was for redirecting money away from police. And in both times, Joe Biden said yes.”

“If you’re a police officer and they’re redirecting money away from you, it’s going to make it harder for police officers to do their job,” he said.

In the doctored video shared by Scalise, progressive activist Ady Barkan, who has Lou Gehrig’s disease and uses voice assistive technology to speak, appears to ask Biden if he would agree to “redirect some of the funding for police.”

The words “for police” were cut from another part of the interview and added to Barkan’s original question: “Do we agree that we can redirect some of that funding?”

These are not my words.

I have lost my ability to speak, but not my agency or my thoughts.

You and your team have doctored my words for your own political gain.

In Biden’s original interview with Barkan, the two had a more general discussion on police reform and redirecting funding for armed police officers to other social services, including mental health and social services — which is different than completely defunding police departments altogether.

After Barkan’s interview with the former vice president was published, Biden later clarified that he does not support defunding the police.

“We don’t have to defund the police departments, we have to make sure they meet minimum basic standards of decency,” the Democratic presidential nominee told reporters on the day his interview with Barakan aired, according to The Associated Press.

“Biden supports the urgent need for reform ⁠— including funding for public schools, summer programs, and mental health and substance abuse treatment separate from funding for policing ⁠— so that officers can focus on the job of policing,” Andrew Bates, Biden’s spokesperson, said.

Barkan called on Scalise to take down the doctored video and called on the Republican to apologize to the disability community.

“I have lost my ability to speak, but not my agency or my thoughts,” Barkan tweeted. “You and your team have doctored my words for your own political gain.”