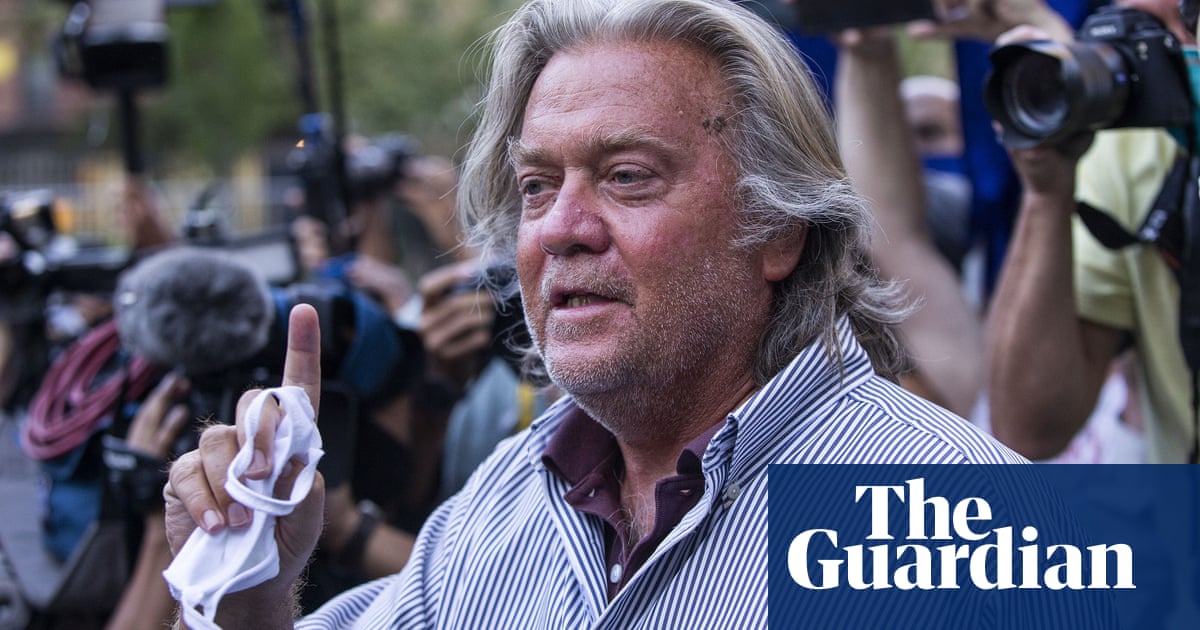 Former Trump campaign manager Steve Bannon is expected to appear via video in court in New York on Monday afternoon, in a conference concerning his indictment for fraud.

Bannon, a White House strategist in the first year of Donald Trump’s presidency, was arrested on 20 August on a luxury yacht off the Connecticut coast. He is alleged to have siphoned money from We Build the Wall, an online fundraiser for Trump’s contentious border wall with Mexico.

The Manhattan district attorney alleges that Bannon used a nonprofit he controlled to divert “over $1m from the … online campaign, at least some of which he used to cover hundreds of thousands of dollars in personal expenses”.

Officials said We Build The Wall raised more than $25m.

Prosecutors claimed the men “orchestrated a scheme to defraud hundreds of thousands of donors” who were promised 100% of donations would go to building the wall.

Prosecutors say the defendants made up invoices and bogus “vendor” agreements to cover up their skimming.

On Monday, the downtown courthouse where the Bannon video conference would take place was quiet before noon, with just two TV cameras positioned on the sidewalk.

The calm marked a dramatic contrast from Bannon’s first appearance in this case, which ended with theatrics.

Bannon’s attorney entered a not guilty plea, which was visible to press and public on a large video screen.

Just before Bannon fully stepped out of the building, released on a $5m bond, he tugged off his mask and flipped his stringy hair to the side. He smiled and waved to reporters and photographers, maintaining a triumphant demeanor despite the possibility of decades behind bars.

“This entire fiasco is to stop people who want to build the wall,” he said.