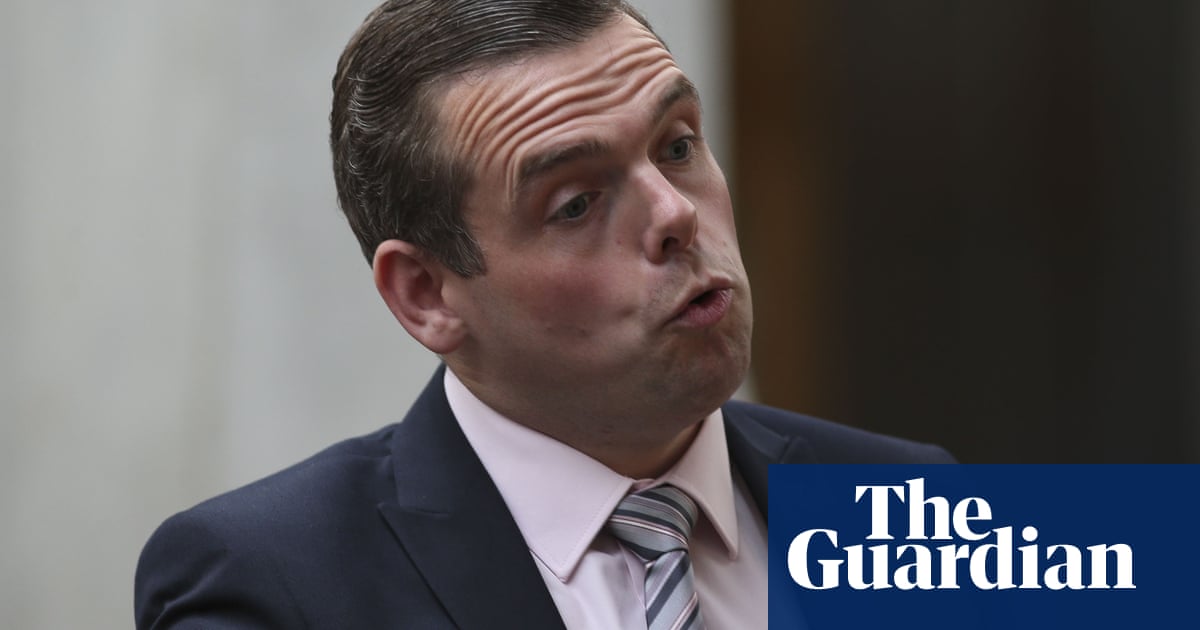 The Scottish Tory leader, Douglas Ross, has been accused of twisting quotes from the National Farmers Union in the debate over US exports of chlorinated chicken and hormone-injected beef.

Jonnie Hall, policy director for National Farmers Union Scotland, said he was left “fuming” after Ross quoted him agreeing that MPs had never voted in favour of cutting the UK’s food quality standards.

Ross cited NFU Scotland’s response when BBC Scotland questioned him about an interview with the Guardian in which he said: “I would be in no doubt and have no hesitation in voting against any legislation which would allow those products into this country. That’s a categorical assurance.”

Ross told the BBC and the Guardian that during a Scottish affairs select committee session in June, Hall had agreed with him that Westminster had never passed legislation lowering the UK’s food standards. “And that was clear and categorical from the National Farmers Union of Scotland,” Ross said.

The Scottish Tory leader said Hall had also agreed parliament would transpose all the EU’s world-leading food safety laws into UK law after the post-Brexit transition period ended in January 2021.

Hall said that was a misrepresentation of NFU Scotland’s position. He said the union shared widespread concerns about the UK government’s decision to reject an amendment to the trade bill, known as clause 11, which would require all future food and drink imports, plant health and environmental standards to meet or exceed the UK’s exacting food safety standards.

“I was fuming at the time,” Hall said. “And I remain very concerned that an honest and straightforward answer to a question has been basically turned through 180 degrees and to misrepresent the situation, whereby, I think people are being misled.”

Hall said Ross’s point about MPs not voting to lower standards in the past was a “very, very different” issue to the NFU’s stance on the clause 11 proposals. The union was “perplexed” by Ross’s stance, he said.

The NFU supported clause 11, he said, because it would guarantee food standards were protected in future trade deals and would act as a safety net for food producers. He said the union had had differences with Ross in the past and were urgently seeking a meeting with him to discuss the latest dispute.

Ross was defended by John Lamont, the Tory MP for Berwickshire, Roxburgh and Selkirk, who also sits on the Scottish affairs select committee.

Lamont said the Conservatives had rejected that clause because it would illegally require foreign governments to adopt UK regulations on food production standards in breach of World Trade Organization rules.

Lamont said Ross had quoted the NFU Scotland response accurately and in the correct context. Lamont also insisted he opposed importing chlorinated chicken in the UK but clause 11 was very problematic.

He said the Tories wanted farmers to be able to export their produce. “I don’t want export doors to be slammed shut in their face because parliament passes a clause which is not compliant with WTO rules,” he told BBC Scotland.