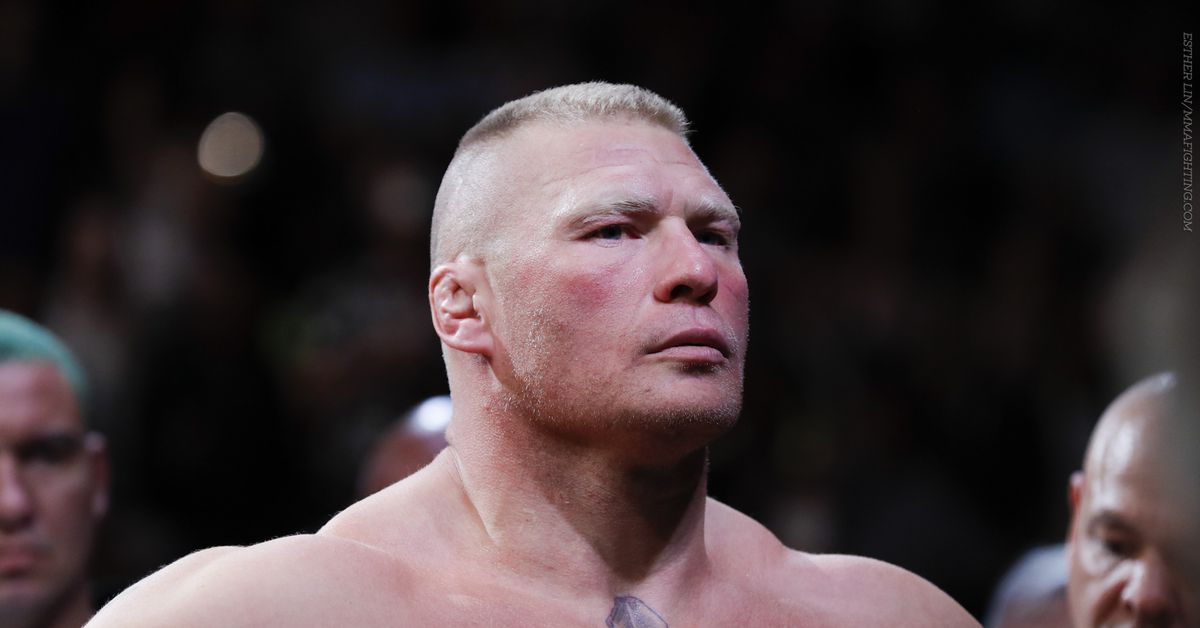 The former UFC heavyweight champion, a mainstay at World Wrestling Entertainment since 2012, failed to come to terms with the promotion on a new contract – and he’s now a free agent.

The news was first reported by PWInsider on Monday. Messages sent to WWE by MMA Fighting were unreturned at the time of this writing.

While WWE rarely comments on the contract status of anyone on its roster, it’s noticeable that all of Lesnar’s apparel and merchandise has been pulled off the company’s official website.

According to the initial report, Lesnar was in talks with WWE on a new deal to keep him with the promotion, but the two sides were unable to come to an agreement before his current contract expired.

Of course, Lesnar has engaged in similar conversations with WWE in the past when his contract was nearing its end, often teasing a potential return to fighting as a negotiating tactic while deciding his future. While Lesnar did return for a single fight in 2016, that was under an agreement with WWE that allowed him to compete for the UFC.

On that night, Lesnar defeated Mark Hunt by unanimous decision at UFC 200, but the win was later overturned to a no-contest due to a failed drug test by the former champion.

Lesnar then teased another return to action in 2018 after he got into a shoving match with Daniel Cormier after Cormier’s title win over Stipe Miocic. All signs pointed toward an eventual collision, but Lesnar ultimately decided to return to WWE full time rather than book a fight against champ Cormier.

Most recently, Lesnar served as WWE Universal champion until April, when when he lost his title to Drew McIntyre (real name Andrew Galloway) at Wrestlemania. He hasn’t appeared on television since.

After just celebrating his 43rd birthday in July, it’s tough to know if Lesnar still has the desire to fight again, but given his physical shape and past relationship with UFC President Dana White, anything seems possible.

Time and time again Lesnar has been in deep contract negotiations with WWE when rumors started that he was contemplating a return to fighting. It’s possible this occasion is no different.