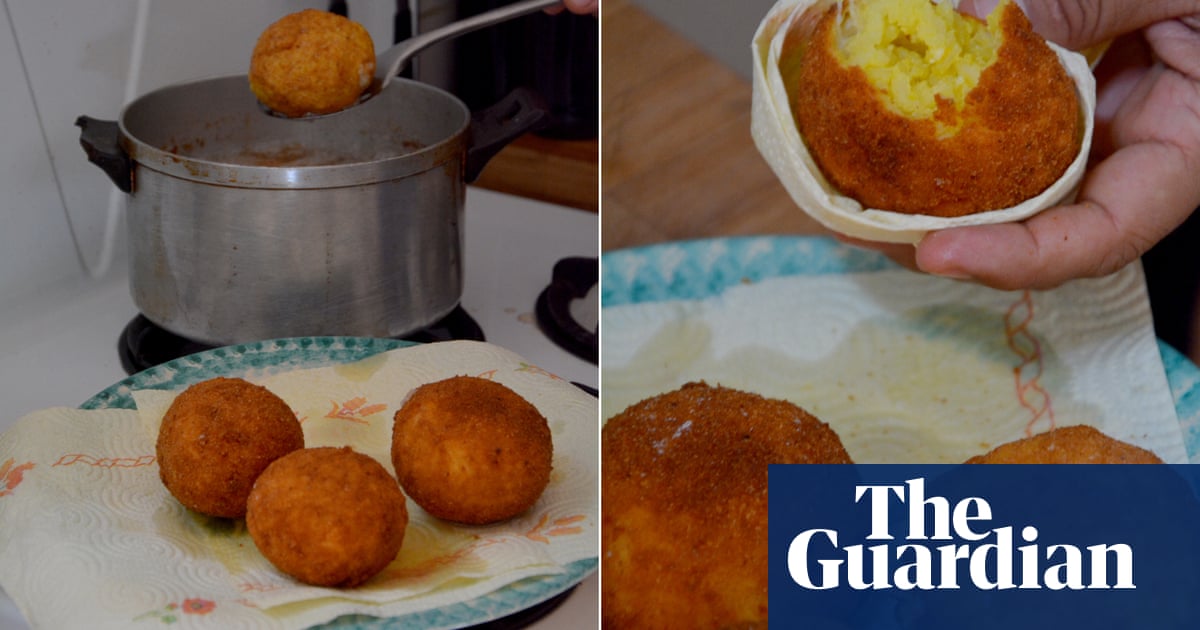 As a food and recipe writer, I spend quite a lot of my time trying to find comparative measurements for things. First as a way of describing them, which is a minefield. The leaves of the basil that grows in and around Genova, for example (about which the Genovese are rightly proud, hence the need to describe it accurately), are generally no larger than a grape. What sort of grape? A grape the size of a marble. What sort of marble? A marble the size gobstoppers used to be when we were children. How old are you? And so on, until you give up and compare the leaves to a teaspoon.

Just as important, and maybe more, are comparative sizes for chopping, bearing in mind that not everything can be summed up in centimetres. Cut into pieces the size of a standard dice/Scrabble tile/square of Dairy Milk, rings the size of a pound coin/Ritz cracker, batons the size of a matchstick/finger/cigarette … How big is “a little bit of”? Is it currant-, raisin- or prune-sized? Also squeezes: comparisons to toothpaste are useful up to a point, then where do you go? Is counting helpful? A three-second squeeze, or until it looks like an average serving of mustard/conditioner/bird poo? And if the latter, which bird? I grew to like one food writer even more when she mentioned a toenail clipping as a guide.

The comparisons we choose give away plenty – about our likes and dislikes, habits and pretences, our age, certainly, and possibly our shape or prejudices, too. They speak of how and where we cook. In a book of recipes from the Amalfi coast, measurements are often in relation to lemons or the sea, while in a book of Abruzzese cooking, ingredients are measured in chestnuts. And like everything in Yemisi Arabbsala’s magnificent Longthroat Memoirs , her measurements and comparisons are visual and visceral. Afang leaves are rolled into balls as tight as fists, then sliced through as if you were making strands of hair; awadar seeds from the black locust tree are milled until they look like ground coffee; and bush mangoes, cracked open for their lozenge-shaped seeds, are the size of undeveloped oranges, but with a sweet smell that makes you want to devour them.

I wonder how big the arance (oranges) were that inspired Sicilian arancine/i? The -ine/-ini is the diminutive suffix, so we know that they are small, but is small by today’s standards the same as it was when someone first shaped a ball of rice? Both oranges and rice (the fat, short-grained variety that originated in Japan) entered Europe via Arab-occupied Sicily and Spain, where, thanks to the Arabs’ highly sophisticated irrigation systems, they thrived. While rice has never dominated Sicilian cuisine in the way it does in the north of Italy, it was eaten widely and shaped into arancine and an elaborate timballo called a tummala.

I have written about arancine a couple of times before, specifically the recipe from Alessandro Pace, a chef from the town of Comiso, who in the darkness of Covid-19 won the Gambero Rosso regional prize for street food. We are not in Sicily this summer. We are not sitting at one of the tables on the pavement outside Alessandro’s shop eating arancine and drinking cold beer. Instead, we are in Rome, eating arancine al burro – so filled with butter and cheese – and made by me.

How big is an orange? For this recipe, in which slightly smaller arancine work best and fry more quickly, I would say a little bit bigger than a snooker ball, but not as big as the knob on my desk.

This recipe is adapted from one in Alba Allota’s La Cucina Siciliana.

Cook the rice in plenty of fast-boiling, well-salted water, then drain and put in a bowl with the grated pecorino, one whole egg, the extra yolk and the saffron. Mix well and leave to sit for at least two hours.

Take a fistful of rice (about 50g), put it in a cupped hand and use your other fist to mould it into a cradle. Put a piece of butter and a few cubes of cheese in the hollow, cover with a bit more rice, then mould firmly into a small orange. (How big is an orange? For this recipe, in which slightly smaller arancine work best and fry more quickly, I would say a little bit bigger than a snooker ball, but not as big as the knob on my desk.) Roll the ball first in flour, then in beaten egg and finally in breadcrumbs. Repeat with the remaining rice, butter and cheese.

Bring a pan of olive oil to a minimum frying temperature, lower in the arancine (in batches, if need be), and fry for eight minutes, or until golden. Blot on kitchen towel and serve hot.