Immigration takes guts. It’s hard to leave your home and everything you know, never mind the physical and bureaucratic obstacles, or having to learn a different language; never mind facing racism, hostility and violence. Never mind how difficult it must have been for the people described in Shahnaz Ahsan’s debut novel, Hashim & Family, people who left behind the Indian subcontinent in the 1950s and 1960s for the rain and cold of Britain.

The people who showed so much bravery and initiative in the mid-20th century went on to contribute an incalculable amount to British society. But during the past few weeks, while some media and Nigel Farage have been promoting the ongoing myth that there is a “migrant crisis”, it has been moving to read this important novel, one that gently and affectionately shows the reality of migration and the humanity of migrants.

That is reason enough to recommend Hashim & Family – although unless you’ve only been reading the Daily Mail for the last 30 years, there won’t be much here to surprise you. It tells a familiar story.

We first meet the titular Hashim in 1960, wearing his cheap suit as he arrives in Manchester Central railway station, where his cousin Rofikul picks him up. Rofikul has warned Hashim that “There are three phrases you need to know to get by in England. These are ‘thank you’ and ‘sorry’, closely followed by ‘please’ in order of importance.” There follows plenty more commonplaces about the weather and “rickety” terraced houses, as Hashim gets used to life under the grey Manchester skies. He brings his wife, Munira, over, while Rofikul marries Helen, who is from Liverpool. They have children. Hashim runs a shop. Time moves on. By the 70s, Rofikul is a journalist covering the Bangladesh war of independence, while, back in Manchester, Hashim is subjected to “Paki bashing” and the National Front. More generally, this is a story of quiet striving and determination, of love and friendship. 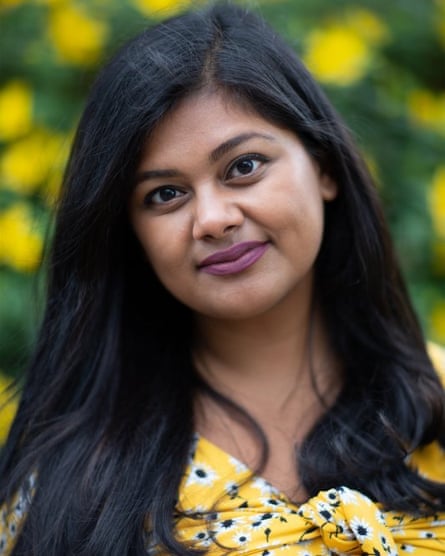 There’s nothing ground-breaking about Hashim & Family, but there is resonance beyond its politics. Most of Ahsan’s characters feel real enough to touch the heart. We understand why Munira adores sweet-natured Hashim and why his nephew Adam, on receiving a typewriter for his 10th birthday, types out that he has “the best fam ily in the uni verse.” Their home feels as warm as the beef curry and biryani Munira cooks on special occasions.

It’s not all so convincing. Ahsan struggles to get inside the character of Rofikul, especially – partly because he is supposed to be enigmatic and his motivations can be a mystery even to himself. But when Ahsan does try to show us his inner thoughts, it can veer on banal: “Rofikul was taken aback by the sense of freedom he gained from roaming the streets cloaked in his long-sought anonymity.” And section after section starts with variations on “all that had been three long years ago”, “several months later”, “in the days that followed”. If a house is “terraced” we’ll be told several times. Harmless enough in isolation, but tiresome in repetition.

But even if Ahsan is not a remarkable stylist, she produces smooth and readable prose that does enough to serve her story; that story, in turn, does enough to keep you reading, give or take a few loose ends and a bit of drift towards the end. There’s plenty of worth here.