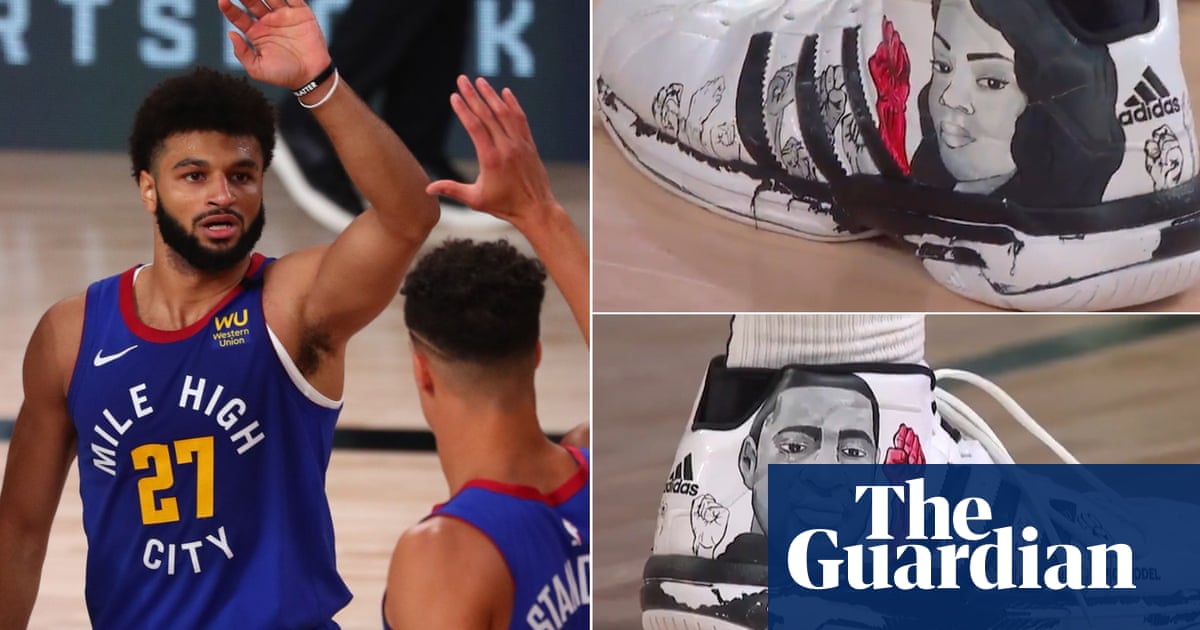 NBA star Jamal Murray has paid an emotional tribute to Breonna Taylor and George Floyd days after playoff games were postponed in protest over the shooting of Jacob Blake in Kenosha, Wisconsin.

Murray led his Denver Nuggets team to victory over the Utah Jazz, scoring 50 points and forcing the contest to a seventh and deciding game. Speaking after the match, Murray explained how having Taylor and Floyd’s pictures on his shoes was driving him on and off the court.

‘In life, you find things that hold value to you and things to fight for,’ he said. ‘And we found something we’re fighting for as the NBA, as a collective unit. I use these shoes as a symbol to me to keep fighting all around the world’