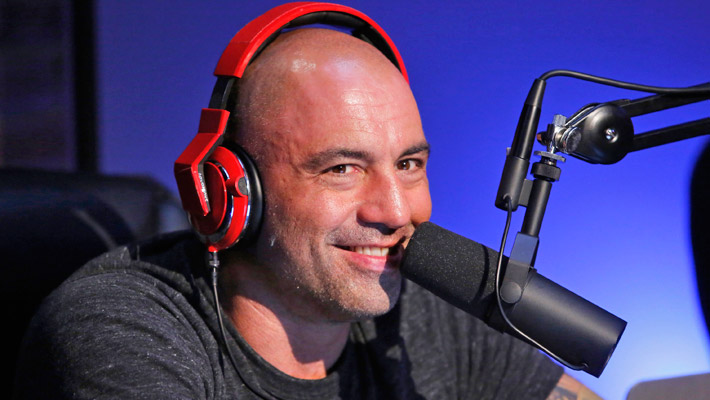 Joe Rogan’s podcast went on a brief hiatus while he prepared for a few changes: (1) The Joe Rogan Experience moving to Spotify; (2) The host himself moving to Texas from California. All of this is happening now, and Rogan’s podcast resumes officially on Tuesday, September 1. He’s dropping the episode a few hours early (7:00 pm Texas time on Monday, since that will officially be September 1 in Australia). To celebrate, he wore this outfit, and everything (well, the size of the podcast) is bigger in Texas.

My goodness. Rogan’s already known for his three-hour podcasts (which must be key to pulling out entertaining bits from guests), but he went for five hours. I guess there’s a lot to discuss after last week, and he promised that “copious amounts of controlled substances were involved,” so that’s certainly something to look forward to hearing. And one has to begrudgingly respect his new wardrobe selections, which might be only temporary, but one never knows.

As far as content goes, It’s difficult to guess how Rogan’s show will differ from the Lone Star State. Will he fly guests in to speak with him? Will he go local, gasp, and invite Alex Jones onto the show again? That last bit might be obligatory in Texas, and it sure wouldn’t be boring. Whatever the case, Texas appears to be working out for Rogan so far. He’s reportedly scored a $100 million deal with Spotify, and his viral lesson on “Satanic” Instagram filters recently popped up in a Texas Tech lecture. So, the reward for Texas is a five-hour intro, which sounds like a fair deal.