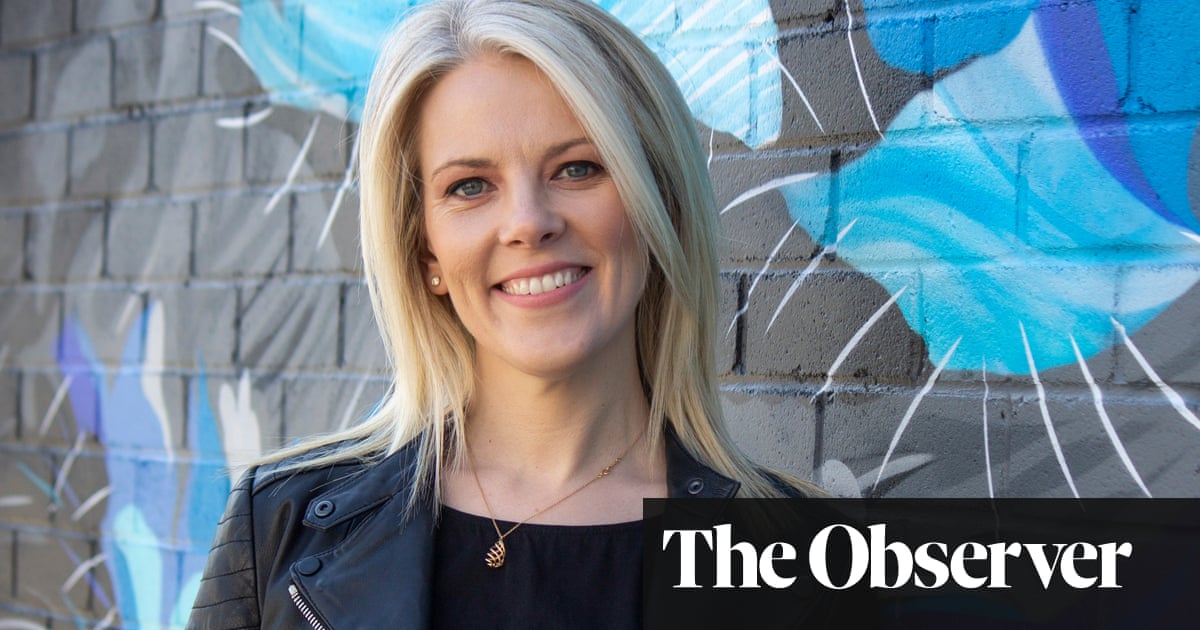 Adulterous affairs, with all their secrecy and thrill and inevitable fallout, are hardly an unmined seam in fiction. So it’s all the more impressive that with this, her first novel for adults, award-winning children’s author Sarah Crossan has not only found what feels like a whole new spin, but has managed it in verse. Here Is the Beehive is a gutsy, modern, deeply entertaining and, at times, faintly subversive-feeling piece of work. It’s also entirely and likably original in its execution, quite unlike anything I’ve read before.

The novel – and, yes, it has all of a novel’s weight, breadth and tension, while at the same time slithering down the page with the sly spareness of a poem – tells the story of unhappily married solicitor Ana, whose three-year will-he-won’t-he-leave-his-wife affair with Connor comes to an abrupt end when he suddenly dies.

The pair first meet in Ana’s office when he walks in for legal advice, so it’s no coincidence that she receives the shocking news from his wife: “I have a Mrs Taylor on the line/ She says we wrote up her husband’s will/ and he’s passed. She seems fine.” It’s a brilliantly explosive opener – flagrantly dramatic yet wholly earned – and it sets the tone for everything that’s to come.

When Ana offers to visit Rebecca’s home to sort out her husband’s affairs, you know that this can only end badly

The book flits back and forth in time, revisiting those first moments of attraction amid a pretence at friendship – “I stopped myself leaning in/ and resting my head against your chest” – followed by Ana’s ill-advised, quasi-stalkerish attempt to befriend Connor’s grieving widow, Rebecca. Meanwhile, as she sneaks into her lover’s funeral – “You will be smoked, nothing but ash in an hour/ I will still be in this cashmere” – it begins to dawn on the reader that, rather than leaving her genuinely bereft, Connor’s sudden death has just left Ana feeling short-changed.

Nevertheless, she obsessively checks and double-checks his social media “in case anything has changed/ in case this has all been/ some grisly mistake”. And when Ana offers to visit Rebecca’s home to sort out her husband’s affairs – and on seeing her lover’s computer keyboard “it is as much as I can do not to put my mouth against them/ find the lingering taste of you” – you know that this can only end badly.

Crossan’s depiction of Ana’s interior state – tense, vulnerable, always teetering just on the edge of destructive – is appealingly unsentimental, almost disconcertingly frank at times. If I had a minor criticism, it might be that neither of the lovers ever quite seems fully to exist outside of the affair. We know all about their clothes and glasses of wine and the way they speak to and touch each other, but there’s a sense that not much lies beneath, as if, despite their spouses and jobs and children, neither is psychologically or physically rooted in anything other than the next stealthy rendezvous.

And perhaps that’s the point. But it doesn’t help that, while Ana is criticised by her husband for being a too often absent or disengaged mother, it’s sometimes hard for us to believe that she’s a mother at all. Writing about (rather than for) children does not seem to be Crossan’s strong suit and it is difficult to imagine that Ana ever gave birth to these two, let alone that they are also a little too quiet and cute.

Still, it’s hard to mind when the writing is so bright and alive and the novel is a triumph – crackling with psychological and sexual ambiguity – in its descriptions of a man who, all too depressingly believably, has zero intention of leaving his wife. Sitting in a cafe with Ana and questioned about whether he had sex with Rebecca last night, he pinches his nose and admits, with chilling nonchalance: “I did actually.” It’s the moment where form and content align perfectly.

At least Ana, for all of her hunger and brittleness and mess, is honest about what she wants: “I wanted you to tear/ the world to shreds/ to get/ to me/ I wanted to be chosen.” And she’s prepared to follow through as well, getting ready to tell her husband and viewing dingy one-bedroom flats in a bid to move out of the family home.

And yet, like so many women before her, she comes to understand that the damage she has done to her family is deep and tragic, while, death notwithstanding, Connor’s family will emerge unscathed: “My husband couldn’t speak/ he was crushed./ And I had caused it./ We had./ While Your life ticked by unaltered.”

• Here Is the Beehive by Sarah Crossan is published by Bloomsbury Circus (£12.99). To order a copy go to guardianbookshop.com. Free UK p&p over £15