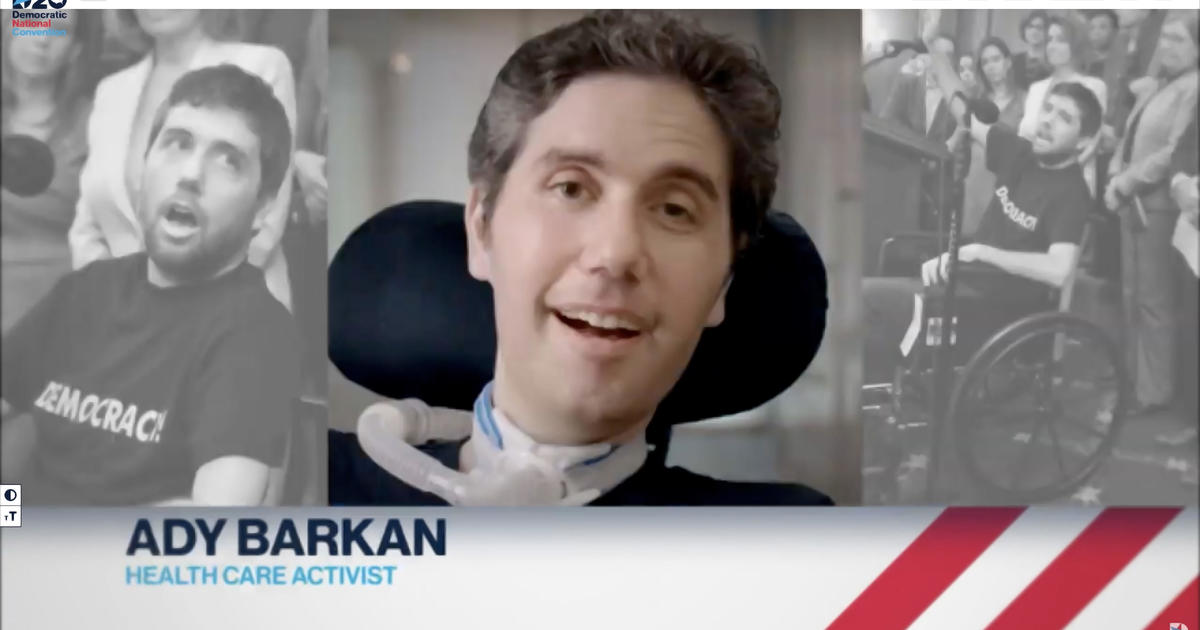 A top GOP congressman tweeted a video on Saturday that altered the words of a disabled activist who interviewed Joe Biden, creating the false impression that Biden said he supported defunding police. Twitter flagged the video as “manipulated content” and the activist said the congressman owed an apology to “the entire disability community.”

Louisiana Congressman Steve Scalise, the second-ranking House Republican, shared the doctored clip from a July conversation between Biden and Ady Barkan, who has ALS (also known as Lou Gehrig’s disease) and uses a computerized voice to speak.

In the full interview, Barkan at one point says to Biden, “We can reduce the responsibilities assigned to police and redirect some of the funding into social services, mental health counseling, and affordable housing.” He asks if Biden would be “open to that kind of reform.”

“I’ve proposed that kind of reform,” Biden says, before giving a lengthy answer about the need to increase funding for mental health services. He notes, “That’s not the same as getting rid of or defunding all the police.”

Barkan later asks, “But do we agree that we can redirect some of the funding?”

The manipulated clip that Scalise shared edits Barkan’s computerized voice to change his question to, “But do we agree that we can redirect some of the funding for police?”

Scalise tweeted the spliced clip and wrote, “No police. Mob rule. Total chaos. That’s the result of the Democrat agenda.”

Biden has repeatedly stated that he does not support defunding or abolishing police departments. The Trump campaign and many of President Trump’s GOP supporters continue to falsely claim that Biden supports it.

Barkan, who appeared at this year’s Democratic National Convention, called out Scalise for sharing the falsified footage.

“These are not my words. I have lost my ability to speak, but not my agency or my thoughts,” he wrote in a tweet to Scalise.

“You and your team have doctored my words for your own political gain. Please remove this video immediately. You owe the entire disability community an apology.”

Biden chimed in as well, retweeting Barkan and writing, “This video is doctored — and a flagrant attempt to spread misinformation at the expense of a man who uses assistive technology. It should be removed. Now.”

Scalise has since deleted the tweet. But his office still defended him sharing the manipulated video. Scalise spokeswoman Lauren Fine told The Washington Post that the video was “condensed” to “the essence of what [Barkan] was asking.”

“We paired the police portion with Barkan’s final question for clarity because we couldn’t include an entire 3-minute clip in a one minute montage,” she said.

CBS News has reached out to Scalise’s office for comment.

Scalise later posted the full, unedited interview between Biden and Barkan. In another tweet, he wrote, “While Joe Biden clearly said “yes,” twice, to the question of his support to redirect money away from police, we will honor the request of @AdyBarkan and remove the portion of his interview from our video.”

Scalise also posted the manipulated video on Facebook, where it was not flagged before he took it down.