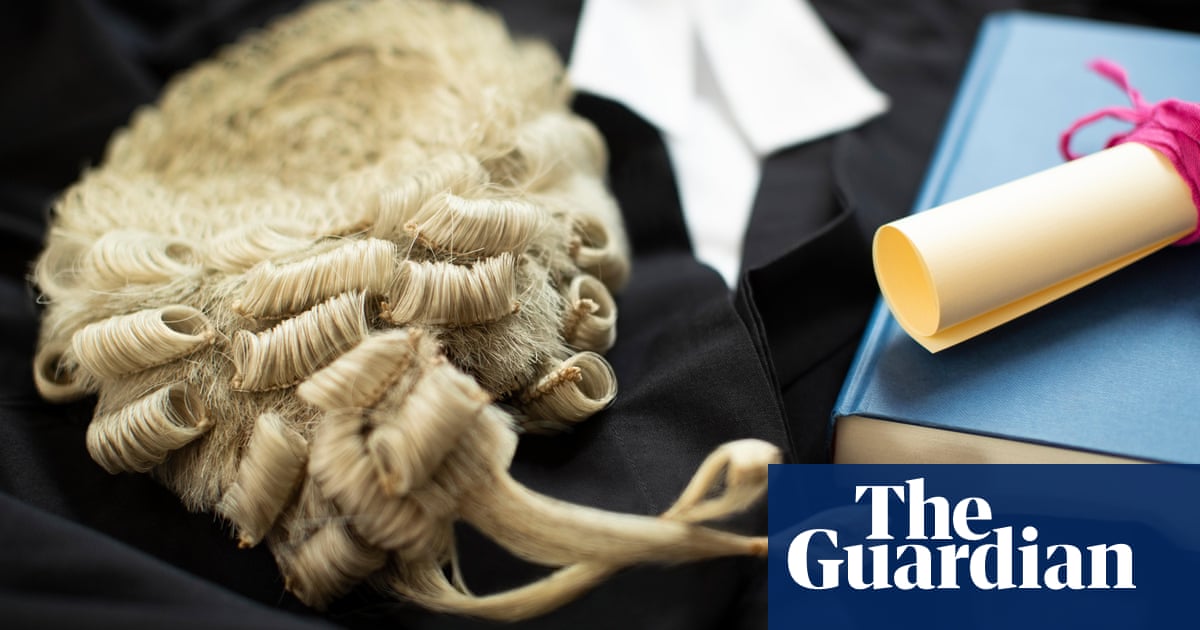 Junior barristers and pupils from underrepresented backgrounds are dropping out of the profession at an alarming rate, threatening the diversity of the criminal bar, the anonymous blogger and author known as Secret Barrister has warned.

“It has been disastrous over the past six months in particular,” they told the Guardian. “There are pupils and junior tenants who I talk to regularly who are leaving as they can’t make enough to pay the rent, let alone to afford any quality of living.”

The Secret Barrister, whose award-winning blog tries to translate complex legal issues to their 388,000 Twitter followers, said: “What I am hearing from junior barristers is they can’t afford to remain in the profession. Trials are the only way you can earn anything at the criminal bar but because the courts closed and the government is not offering financial support to the legal profession, these people have been left high and dry.”

Last month the chair of the Bar Council, Amanda Pinto QC, criticised the Treasury’s lack of support for the self-employed bar. It followed a report which revealed 38% of criminal barristers were uncertain whether they would still be practising law in 2021 and 16% of self-employed barristers actively want to leave the bar as a result of the pandemic.

“Those most affected won’t be people from well-heeled backgrounds with family money to fall back on,” explained the anonymous lawyer. “Instead it will be those who have come from lower income backgrounds which is more likely to include those from black and minority ethnic groups who are vital for the diversity of the bar.”

A diversity drain would mean the justice system would reflect even less the public it is supposed to serve, they said.

The criminal advocate was talking before the publication on 3 September of their second book. Fake Law: The Truth About Justice in an Age of Lies is a critique of vote-chasing politicians and unscrupulous newspaper editors who have created false narratives around the law to satisfy their political agendas or the court of public opinion.

It cites examples of some of the biggest legal stories to hit our front pages including the parole of John Worboys, Shamima Begum’s British citizenship and the legal row over medical care for the infant Charlie Gard who suffered from a rare genetic disorder.

Judges, rebranded as “enemies of the people”, are increasingly under attack, the book claims, with democracy the chief casualty. Meanwhile, its author laments how a public lacking adequate knowledge of how the justice system works is fed lies by the establishment leaving it ill-equipped to scrutinise those in power.

Asked about renewed calls to have some trials without juries to ease the backlog of crown court cases in England and Wales, they warned the proposals were “radical and dangerous” and would impede justice, particularly for those from non-white backgrounds.

The 2017 Lammy report highlighted disparities throughout the criminal justice system from police stop and search to sentencing.

“The only part of the system where there was seemingly no disparity on the basis of race was jury verdicts and that is an extremely powerful argument for their retention because they reflect society more than the judiciary or the legal profession,” the barrister said.

“It would be incredible given the global spotlight on issues of racial inequality – in particular where it involves the criminal justice system as the catalyst for this explosion in awareness – that a government would remove the only part of that system which, in that regard, appears to be working.”

They added: “I worry the public will be persuaded there is a backlog caused by Covid instead of almost entirely by government cuts and it will be convinced that, having tried everything else, there is no option but to start chipping away at some of our most fundamental rights.”

The Ministry of Justice said: “Throughout the pandemic we have kept the justice system running, with nearly 80% of crown courts now hearing jury trials.

“We have expanded the use of remote hearings, are opening more Nightingale courts, piloting extended opening hours in courts and will announce further steps in due course.”

The department set up a race disparity team in response to the Lammy review and is also funding development of an education programme to prepare lawyers from a range of backgrounds to apply for judicial office.