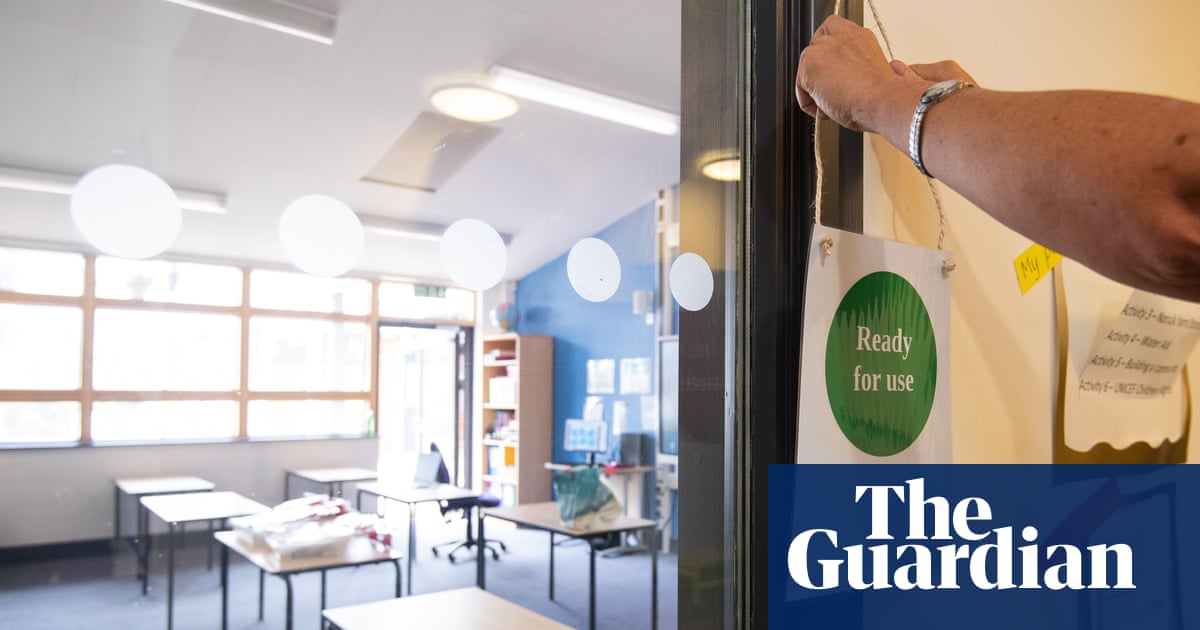 Urgent support must be targeted at disadvantaged pupils and schools in areas of high deprivation, researchers have said, as figures reveal the gap between some pupils and their wealthier peers widened by 46% in the school year severely disrupted by the coronavirus lockdown.

As the school year begins for most pupils in England and Wales, the authoritative study by the National Foundation for Educational Research (NFER), based on interviews with more than 3,000 teachers and heads at more than 2,000 schools, revealed that disadvantaged and black and minority ethnic (BAME) children had gone backwards compared with their better-off peers since March.

While the average learning lost was three months for all pupils, according to teachers, more than half of pupils at schools in the most deprived areas lost four months or more, compared with just 15% of those in the least deprived areas.

And while just 1% of pupils in the wealthiest areas were estimated to have lost six months in effective learning to the lockdown, in the poorest areas more than 10 times as many were affected as badly.

The NFER estimated that the worst-hit secondary schools in England face an average cost for pandemic measures of more than £700,000 to cover additional staff, cleaning and IT spending for reopening and preparation for potential lockdowns, while primary schools face an average £280,000 cost.

The research found that, based on estimates supplied by teachers, the learning gap between disadvantaged pupils and their peers in July 2020 was 46% bigger than it was a year earlier. However, it said that 46% was “likely to be an underestimate” if differences between schools were included.

It also found that nearly half of all pupils need intensive catch-up support to make up lost ground. And boys appeared to have been left worse off and further behind than girls, on average.

Angela Donkin, the NFER’s chief social scientist, said: “There remains a range of barriers for teachers and schools, which means catch-up should be seen as part of the ongoing process of learning recovery, for most pupils, rather than as a quick-turnaround solution.

“It is clear that additional support needs to be targeted at disadvantaged pupils and schools from areas of high deprivation – something that is encouragingly happening through schemes such as the national tutoring programme – although there are questions about whether the scale will be sufficient to meet the high demand for those requiring intensive support.”

Most pupils in England and Wales will this week step inside a classroom for the first time since the middle of March, when their schools closed to all but the children of key workers and those who were vulnerable or in care.

Gavin Williamson, the education secretary for England, said: “I do not underestimate how challenging the last few months have been but I do know how important it is for children to be back in school, not only for their education but for their development and wellbeing too.”

Williamson also backed delaying next year’s GCSE and A-level exams scheduled to start in May. He told the Daily Telegraph he was working with the exam regulator Ofqual “with the aim of creating more teaching time” to address parents’ concerns over lost schooling.

While 90% of school leaders surveyed by the NFER said they found opening “manageable”, the remainder said they need more staff or other resources to meet the government’s social distancing and cleaning guidelines. The survey also found that both staff and students were still lacking access to digital devices, creating further problems if there are repeated lockdowns this year.

Jules White, a headteacher and founder of the Worth Less? group campaigning for improved funding, said: “Finally we have an independent report that sets out the vast array of challenges that schools are facing.

Schools in England and Wales draw up Covid behaviour codes

“From IT infrastructure to catch-up work, exam needs and children’s mental health, the scale is enormous, especially as schools are held together by sellotape and elastic bands anyway.

“Schools will need significant financial support to meet these long-term issues. We will also need our politicians to fully understand that a simplistic hope of expecting a ‘new normal’ – which sees school provision continuing with barely noticeable effects – is optimistic nonsense.”

The authors of the NFER study said the government’s £1bn scheme to fund tutoring and small-group catch-up provision might not be enough, saying that schools and pupils in disadvantaged areas could need longer-term funding to provide effective support.

Teachers said they only covered two-thirds of the usual curriculum during 2019-20, which will be especially critical for those pupils starting in years 11 and 13, and taking GCSE, BTec or A-level qualifications.

Josh Hillman of the Nuffield Foundation, which helped fund the research, said the catch-up schemes would need to be sustained, “given the ongoing impact of Covid-19 on students’ family circumstances, such as increased levels of job insecurity, poverty and relationship breakdowns, all of which could affect their learning and development and further widen the disadvantage gap”.

A Department for Education spokesperson said: “While the attainment gap had narrowed since 2011, many pupils have had their education disrupted by coronavirus, and we cannot let these children lose out. That’s why throughout the pandemic we have invested in remote education, providing devices, routes and resources for the children who need them most, and why our £1bn Covid catch-up package will tackle the impact of lost teaching time – including targeted funding for the most disadvantaged students.”

But Kate Green, the shadow education secretary, said: “When schools are closed, we see deep inequalities become more entrenched, and those from the most disadvantaged backgrounds lose out most.

“Young people’s futures cannot be held back by Conservative incompetence. This is a wake-up call for ministers. They must ensure that schools stay open, that parents and teachers are supported, and that pupils get all the help they need to catch up.”

Schools in Scotland and Northern Ireland have already reopened for the new academic year, while schools in Leicestershire opened to pupils last week. Most children in England and Wales will return to school this week, while some will not be opening until next week for all pupils.

The National Association of Head Teachers said the government should not impose fines on parents for children kept out of school during the first term. “If you are a parent and you are worried about safety, a fine is unlikely to make you feel any safer,” said Paul Whiteman, the NAHT’s general secretary.