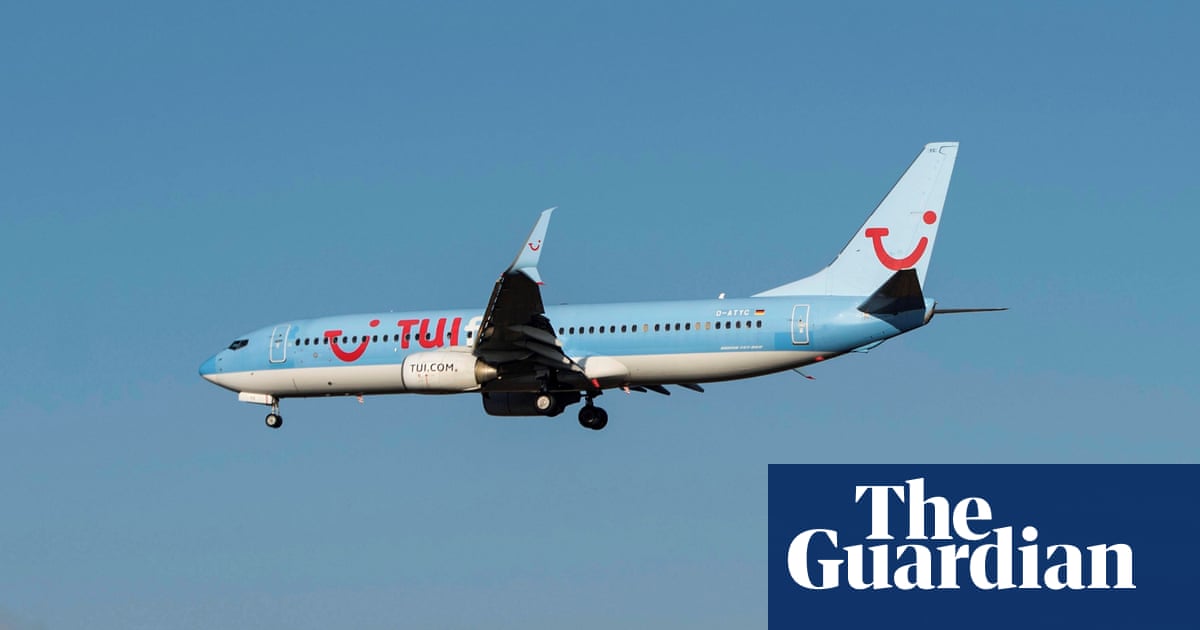 A flight from the Greek island of Zante on which almost 200 passengers were told to self-isolate following a coronavirus outbreak was “full of selfish ‘covidiots’ and an inept crew”, a passenger who was onboard has said.

Tui said it had launched an investigation after 16 people tested positive for Covid-19 linked to its flight to Cardiff on 25 August, including seven passengers who were infectious or potentially infectious on the plane.

Stephanie Whitfield, one of those onboard, said on Monday that many of her fellow passengers were not wearing face masks correctly and seemed to “disregard the rules”.

Whitfield said she noticed a crew member ask one woman to put her mask on but “the vast majority” of passengers were not reminded of the rules. Face coverings are required to be worn at airports and on flights unless a passenger has a medical condition that makes them exempt.

“There was a chap sat next to me who had his mask around his chin for the full flight, and the stewardess was talking to him and she didn’t say anything to him,” she said.

Whitfield said she was not surprised to hear about the outbreak on the flight and that she and her husband had since developed mild symptoms and were self-isolating. She added: “The flight was full of selfish ‘covidiots’ and an inept crew who couldn’t care less.”

Tui said it was concerned to hear Whitfield’s claims and that a full investigation was under way. It added: “The safety and wellbeing of passengers and crew is our highest priority and we operate all flights line with European Union Aviation Safety Agency (EASA) guidelines.”

Dr Gwen Lowe, a consultant in communicable disease control for Public Health Wales, said there had been about 30 confirmed coronavirus cases in Wales in the last week of people who had returned from Zante and that she was expecting the number to rise.

She said the confirmed cases had included people staying at different hotels and returning on different flights. Officials are in the process of reaching all 193 people on Tui flight 6215 to Cardiff on 25 August.

Lowe said face coverings “may help” stop the spread of the virus but that they were an “informal measure” that were difficult for airlines to police.

Last week, Plymouth city council said that up to 30 teenagers in the area could have coronavirus after they flew back from Zante, with 11 members of the group – aged about 18 and 19 – having tested positive.

Greece is not on the list of countries for which travellers face quarantine restrictions coming into the UK. But the Foreign Office said on Friday that local restrictions had been tightened on Zante, with stricter limits on large gatherings, large groups in restaurants and late-night food openings.