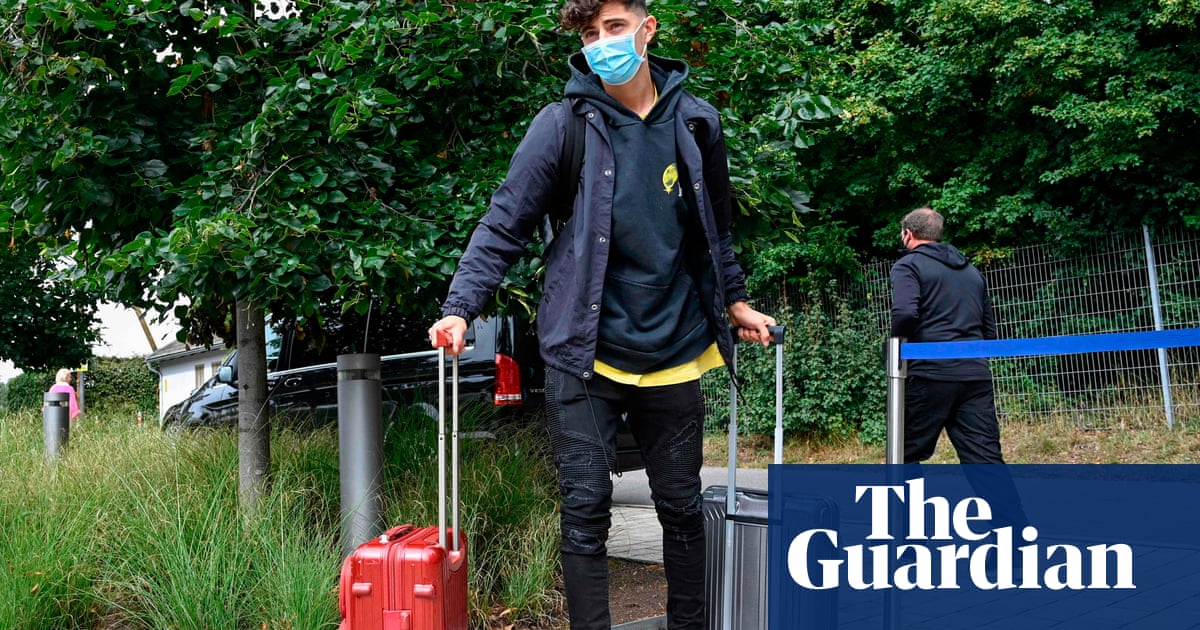 Chelsea have agreed a deal with Bayer Leverkusen to sign Kai Havertz for an initial club record fee of £72m that will take their summer spending on transfers past the £200m mark.

Negotiations over the Germany international have been continuing for several weeks after Havertz had made it clear he wanted to leave Leverkusen following their failure to qualify for the Champions League. An initial bid of €65m (£58.6m) plus €15m in add-ons was rejected in July but it is understood that Chelsea have now agreed a deal that will surpass the club record £71.6m paid for goalkeeper Kepa Arrizabalaga in 2018 if addons are included.

Leverkusen will receive €80m up front plus another €10m, with a further €10m potentially payable if a number of complicated clauses are met – including if Chelsea win the Champions League over the next five years – while Havertz has already agreed personal terms on a five-year contract.

Manager Peter Bosz also confirmed on Monday that Havertz will no longer train with the squad due to his impending move.

“Unfortunately, our squad has not yet been determined,” he said.

“I don’t expect Kevin Volland and Kai Havertz to train with us again. It is possible that other players will also change. We definitely need to bring in players.”

The 21-year-old met up with the Germany squad in Stuttgart on Monday ahead of Nations League fixtures against Spain on Thursday and Switzerland on Sunday. Havertz has made 118 Bundesliga appearances since making his debut in October 2016.