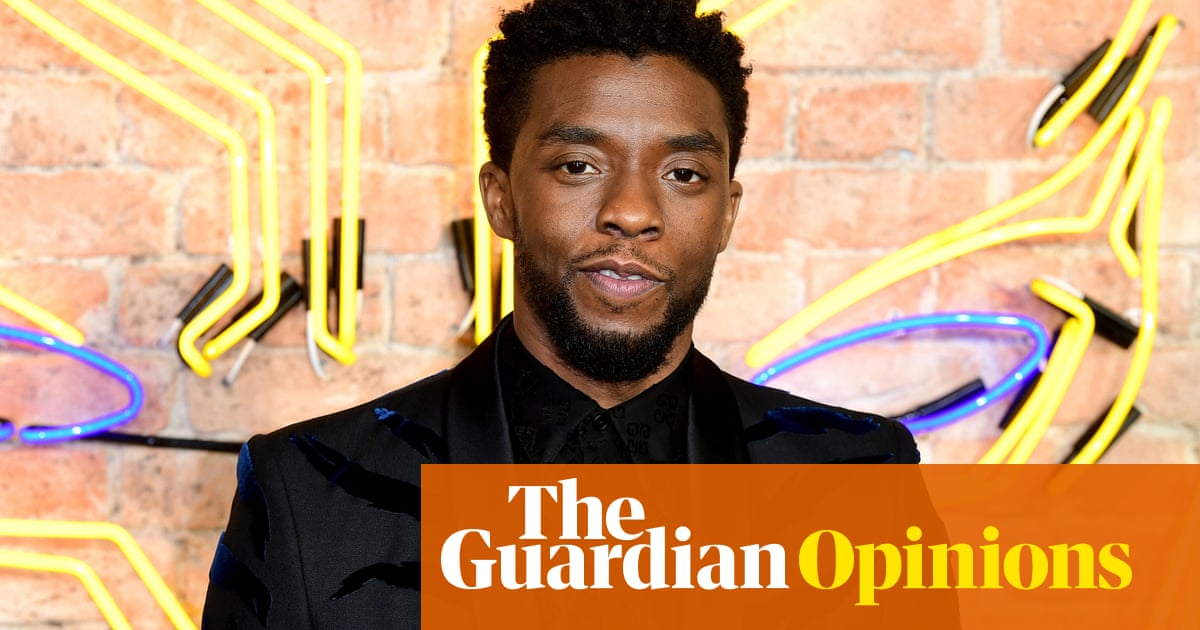 For African-Americans, always braced for news about our own being taken from us early, the unexpected impact of Chadwick Boseman’s death, from colon cancer – and the shoulder-to-the-grindstone dignity of his decision to work through his illness and keep it quiet – encapsulated the grim reality of black life in America. We didn’t lose Boseman to the ongoing calamity of street violence that extinguishes so much black life – and gets so much media coverage that we have been conditioned to expect it. That’s what many of my friends said as we emailed and texted about the actor’s sudden passing.

But what made Boseman’s death hard to take was that he’d made his breakthrough as a black actor playing adults, grown men who had to wrestle with their own expectations, as well as the diminished expectations others had for them. There was something in Boseman that understood the power of pride: his performances doubled as meditations on the allure and dangers of self-regard. That is what we responded to in him, especially as African Americans – whose pride can be maligned, treated as effrontery, and turned into a felony because it reflects the ownership of self that white America still has a hard time embracing. It’s the reason that race riots have peppered America’s history from the late 1800s to the present. (Our nation likes to pretend such upheavals are a new thing, or at least, part of the modern civil rights movement, but they precede that.)

This is the journey of black culture, from the blues to hip-hop, from Lead Belly to Billie Holiday to Nipsey Hussle, the last two lost far too young. Because for so long, pride was the sole territory we could claim as African Americans. And Boseman massaged so many variations of that pride into the shoulders of the characters he acted.

He could satirise pride, as he did in a small role as a street punk in the TV series Justified, when he made an entire comic turn from the bruised ego of having his car stolen by someone who was even more small time than him. Or he could show someone growing into it, as he did as Jackie Robinson in 42, when the dawning of that power and its effects on a nation – creating a tsunami of upraised-head happiness for the black fans and a tropical storm of resentment in fearful whites – have to be reckoned with.

As an actor he was physically expressive – playing the young Thurgood Marshall, he took the temperature of a courtroom with a sly turn of the head. In Boseman’s portrayal, pride could also be a close-to-the-chest celebration, as Marshall pursued justice within a legal system that denied him the respect due an American citizen.

Boseman made his A-list breakthrough in 42, in a genre that is often looked down upon – historical drama featuring black protagonists. Hollywood’s sense of pouty obligation about such films is telegraphed in the way they are advertised, with an almost audible sigh of “at least we tried …”

Hugely resourceful, he had a wry, intense decency that communicated his pleasure and love of craft. That’s why it was such a thrill to see him as T’Challa in Black Panther, surrounded by such a richly gifted cast, any one of whom – Michael B Jordan, Daniel Kaluuya, Sterling K Brown, Forest Whitaker – could have played the title character. Boseman was so singular that not for a moment was he lost in such an assemblage of talent. (And if you’d followed him since programmes such as Lincoln Heights, your patience was rewarded.) Boseman’s Black Panther endured pride as if it were the five stages of grief, with the finality of acceptance feeling like enlightenment.

He effortlessly pulled us into whatever state he was experiencing. As James Brown in Get on Up, his gaze shifted seamlessly from faintly amused twinkle to a flinty stare. We felt the weary misery in the supple but upright demeanour of an African king.

What links all the firsts he played – baseball’s first, soul brother No 1, the lawyer on the way to being the first black supreme court justice, the first black Marvel character to get a big-budget movie (no one’s forgetting Blade here) – is that he embodied the awareness of a man who realised that he had to prove himself to himself, first and foremost.

He played them all as people aspiring to move on to the next challenge, rather than taking shallow delight in accomplishments at hand. That intersection of joy and drive is still at the heart of African American achievement; it’s the line that connects Ryan Coogler to Betye Saar. It’s using everything you have because part of you didn’t expect to get the chance; it’s grabbing the next opportunity before it’s snatched away.

But there was never anything hurried in Boseman’s pride, that eager grace at the heart of the actor and the man. That quality is what made me spend the night I got the news of his death listening to African American artists who died too young: Pop Smoke, dead at 20, with a voice that sounded a decade older, and whose mature work we’ll never hear; or the tragedy of the sneaky-cool J Dilla, whose diminishing weight due to a combination of a rare blood disease TTP and lupus was uncomfortably visible in the last few years before his death of a rare blood disease at 32.

Mostly, I thought of the exceptional jazz saxophonist Eric Dolphy, who died in 1964 in Berlin, at 36, after falling into a diabetic coma. He was a teetotaller who neither smoke nor drank, but doctors saw needle marks on his arms and assumed this black jazz musician was a junkie. But his transcendent desire for mastery was something he passed on to his listeners. On Friday night, I thought about the remarks attributed to Charles Mingus after Dolphy’s sudden death. When people die, Mingus said, we tend to remember just the good, but with Dolphy that was all there was to remember. That is also the legacy of Chadwick Boseman.

• Elvis Mitchell is a film critic and broadcaster