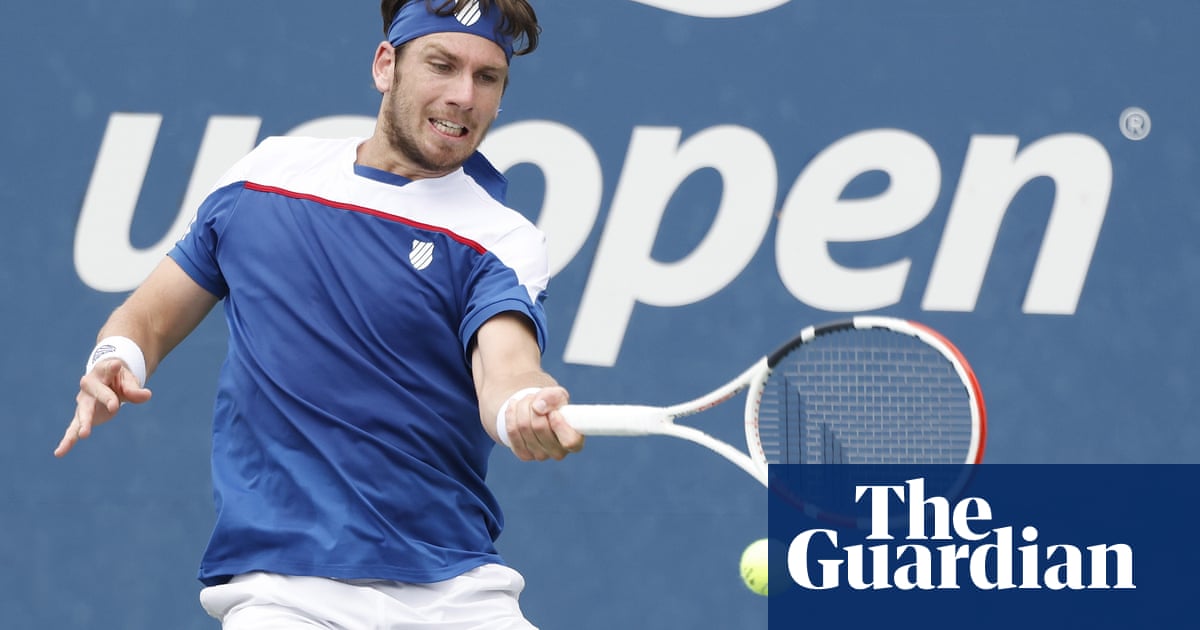 Just a few hours into the opening round of this strange US Open it appeared a fortnight without fans might belong to freewheelers comfortable in an empty bar rather than those desperate for friends. Enter Cam Norrie; exit Diego Schwartzman.

The Argentinian, who complained last week he was missing the buzz of the crowd, had the match in his pocket, two sets up with his opponent intense but lost. However, Norrie launched a comeback as uneven as it was thrilling to win 3-6, 4-6, 6-2, 6-1, 7-5 in four hours on an echoing Court No 5, with a tournament-record 58 break points interrupting play like rain.

It was enough to send the world No 76 through to the second round on Wednesday, when he will play Schwartzman’s compatriot, Federico Coria, who has come back from a $10,000 fine and eight-month ban in 2018 for failing to report a match-fixing approach, then not co-operating with investigators. Coria was up 2-6, 4-6, 6-4, 6-1, 2-0 in when his opponent Jason Jung retired injured.

“I’m pretty tired,” Norrie said. “The tennis and the level wasn’t that great but I had a real good attitude throughout and I was happy with that. But to sneak past him in the end, it was a tough one. I’m not sure if [58 break points] is a good stat to have. I missed so many points in the first set but managed to convert way more at the end.

“The first two sets I was rushing everything, going for too much, making way too many errors. Suddenly I was up a break and kept building. I struggled at the start of the fifth but backed myself physically, and he was struggling at the end, getting a bit upset with Jamie [Murray], Dom [Inglot] and the other Brits cheering for me in the stands. I knew he was cramping a little bit. I kept the ball deep and came up with some good angles. I was fighting like a dog.”

They stepped up for this first-round match with a win apiece in previous meetings, both competitive, but as Tim Henman said of the stocky Argentinian: “We’re looking at a player who’s in a slightly different class to Cam.” Yet Henman, who captained the inaugural ATP Cup in Sydney at the start of the year, where Norrie won two of his four matches, recognised his solid fighting qualities and was not entirely surprised with the ebbs and flows of a match either player could have won on several occasions.

In the early exchanges, neither Schwartzman nor Norrie could decide if he was made of ice or fire. Schwartzman, who did not drop a set at the Australian Open until the eight-time champion Novak Djokovic stopped his run in the fourth round, was too strong and hit too deep in the meaningful exchanges in the first two sets. Norrie was making too many simple mistakes in those moments when Schwartzman looked vulnerable. As he admitted later, he squandered one chance after another.

At times it appeared Norrie was being consumed by some existential crisis when he was, in fact, losing a tennis match. Nevertheless, he looked fed up. Frustrated by his own impatience, he hit a dead ball high into the sky and was done for ball abuse.

He should have broken early in the third but again he could not cash in. Serving to hold at deuce in the fifth game, Schwartzman did well not to explode when he got a harsh time violation then lost his serve and fumed quietly. It was a bit of a turning point.

Norrie held and broke for 5-2 when Schwartzman overcooked a forehand. Norrie forced a limp, cramped backhand on the line for set point and sealed it with a crisp, unfussy forehand down.

Norrie, who made 34 unforced errors in the first two sets and five in the third, had been gifted the winning blueprint. It was as if he had swapped brains with his opponent. Schwartzman’s discipline deserted him and there was no one to scream at as the errors mounted.

He changed his shirt and his attitude but not his luck. There were more breaks in the decider than a surfer might see on Fistral beach. Schwartzman had courtside treatment for cramp in his left wrist. Norrie sensed him wilting. When Schwartzman stepped up to serve for the match, his legs were gone.

Norrie got the 55th break point of the match and Schwartzman dumped a backhand for five-all. Norrie then won 10 points in a row to grab three match points. Schwartzman saved two before his last, weary backhand found the net. It was a quite remarkable win and, until the final moments, an unpredictable match.