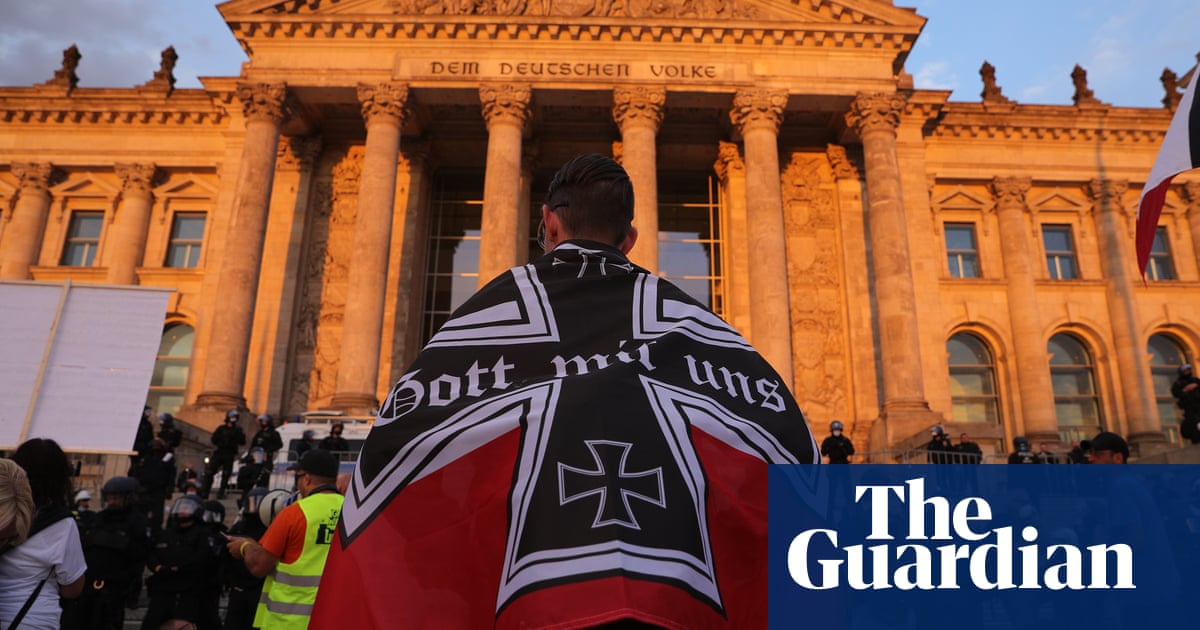 Berlin’s interior minister has expressed regret over a standoff outside the Reichstag building on Saturday during a rally against coronavirus restrictions.

Speaking to a committee of the city state’s interior ministry on Monday, Andreas Geisel said he was “deeply regretful” about the images from the protest, which were seen around the world.

“These are shameful pictures, which have a powerful effect,” he said.

Geisel came under fire at the committee because of city authorities’ apparent lack of preparedness and for underplaying in advance of the demonstrations the role of the far right, including the NPD and AfD political parties and their ability to rouse demonstrators to participate.

About 38,000 people, including extremists, anti-vaxxers and conspiracy theorists, took part in the demonstrations, which were allowed to take place after an eleventh-hour decision by a judge overruled a police ban.

Police attempted to break up the demonstration after two hours on Saturday because participants refused to wear masks or abide by distancing rules. In the early evening, hundreds of protesters broke away from the main demonstrations and gathered on the steps of the Reichstag building, the seat of the German parliament, and attempted to enter.

Many of those involved wore clothing and bore flags connected to the far-right antisemitic Reichsbürger movement, which rejects the legitimacy of the modern German state.

The president of the Berlin police, Barbara Slowik, told Monday’s meeting she was also ashamed of the images and in future security barriers and the police presence in front of the building would be tightened.

She told the committee officers had been trying to prevent a large group of people from moving from the main demonstration to the lawn outside the Reichstag building, when a spokeswoman for the group called on Reichsbürger demonstrators to “storm the steps of the Reichstag as a single bloc”.

The police had been caught by surprise, she said. Slowik described the group as consisting of Reichsbürgers “as well as a few demonstrators who describe themselves as patriots or civil defence”.

Condemnation of the incident grew on Monday. A spokesman for the German chancellor, Angela Merkel, described it as “shameful” and said protesters had abused the right to demonstrate peacefully.

“The result was disgraceful images at the Reichstag, which are unacceptable, and anti-democrats trying to make themselves heard on the steps of our democratic parliament,” Steffen Seibert said.

He praised as “quick-witted and brave” three police officers who were seen pushing back crowds from the entrance to the Reichstag until reinforcements arrived.

The German president, Frank-Walter Steinmeier, invited the three officers to Berlin’s Bellevue Palace to thank them for their work and described the protesters’ actions as “despicable”. “We will not tolerate any anti-democratic smear campaign or disparagement of the Federal Republic of Germany at the Bundestag,” he added.

Resistance to coronavirus restrictions in Germany has increased in recent weeks. However, according to a poll by the research institute Forsa, 91% of respondents said they had “no sympathy” for the demonstrations.

The Reichstag building cannot be overestimated as a symbol of German democracy. It was completed in 1894 to house the legislative body of the German empire, and later the parliament. An arson attack on it in February 1933 was used as an excuse for the Nazis under Adolf Hitler to seize absolute power and found the Nazi regime.

Following German unification in October 1990, it was reconstructed by the British architect Norman Foster, who emphasised a new era of parliamentary democracy and transparency by retopping it with a glass dome, and it became the seat of the German parliament or Bundestag in 1999. The dome is generally open to visitors and is one of the country’s most popular tourist attractions.