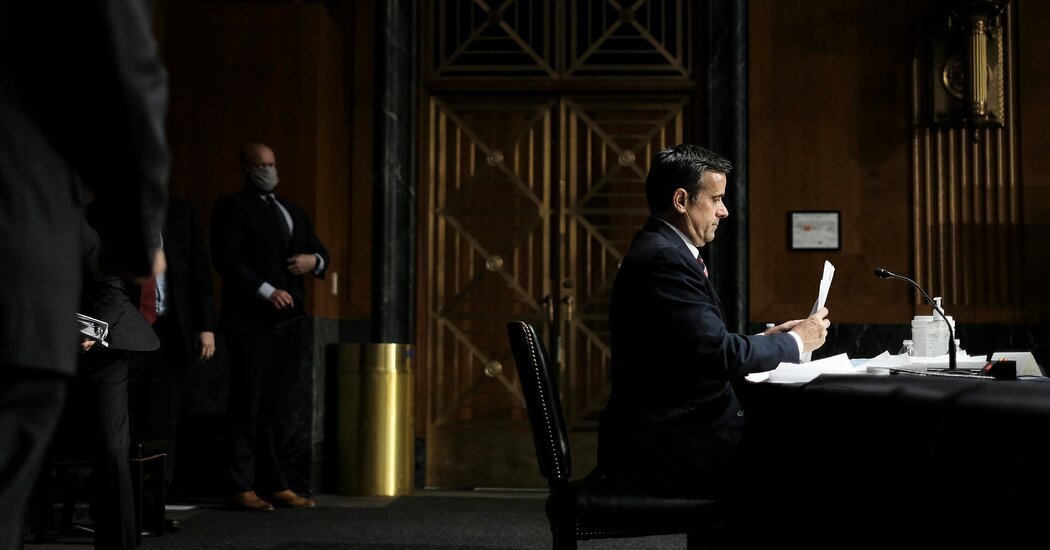 The logic offered by the director of national intelligence for restricting in-person briefings for Congress on foreign meddling in the election campaign doesn’t pass the smell test.

John Ratcliffe indicated in so many words on Friday that he was worried there would be leaks of classified information, so Congress will receive primarily written briefings instead.

But isn’t warning voters just weeks away from an election that they are potentially being manipulated by hostile foreign powers the whole point of gathering this information? What good is knowing that Russia is trying to keep President Trump around for four more years, if it’s kept secret?

Russia knows what it is doing. Russia knows the United States knows. Besides, how does relying on written rather than oral reports reduce the threat of leaks?

The Senate Intelligence Committee, in its final report on Russian interference in the 2016 election, urged the intelligence community to be more forthcoming with information for lawmakers as a way to help tame the deluge of misinformation and propaganda polluting American democracy.

The only obvious advantage to written briefings is that the information can be massaged, and it can’t be challenged under direct questioning.

So there is more than a dollop of disingenuity when Mr. Ratcliffe — a fiercely partisan former Republican congressman from Texas who was tapped by Mr. Trump for the intelligence job in May — says he is ending in-person briefings to ensure that the intelligence information “is not misunderstood nor politicized,” and to better protect “sensitive intelligence” from “disclosures or misuse.”

Mr. Trump promptly pitched in with a tweet about the end of the briefings that “Probably Shifty Schiff, but also others, LEAK information to the Fake News.” Just imagine, for a moment, how seriously the administration and the Republican Party would take foreign election interference if the Russians were helping Joe Biden.

The fact that Russia’s fingerprints are all over the 2020 campaign on Mr. Trump’s side, or that to a lesser degree China and Iran are mucking around social media against Mr. Trump, are outrages about which the American public and their representatives must have full, reliable and up-to-date information. Secret briefings for a handful of legislators, as Mr. Ratcliffe suggested, and written statements potentially vetted by Trump loyalists are insufficient.