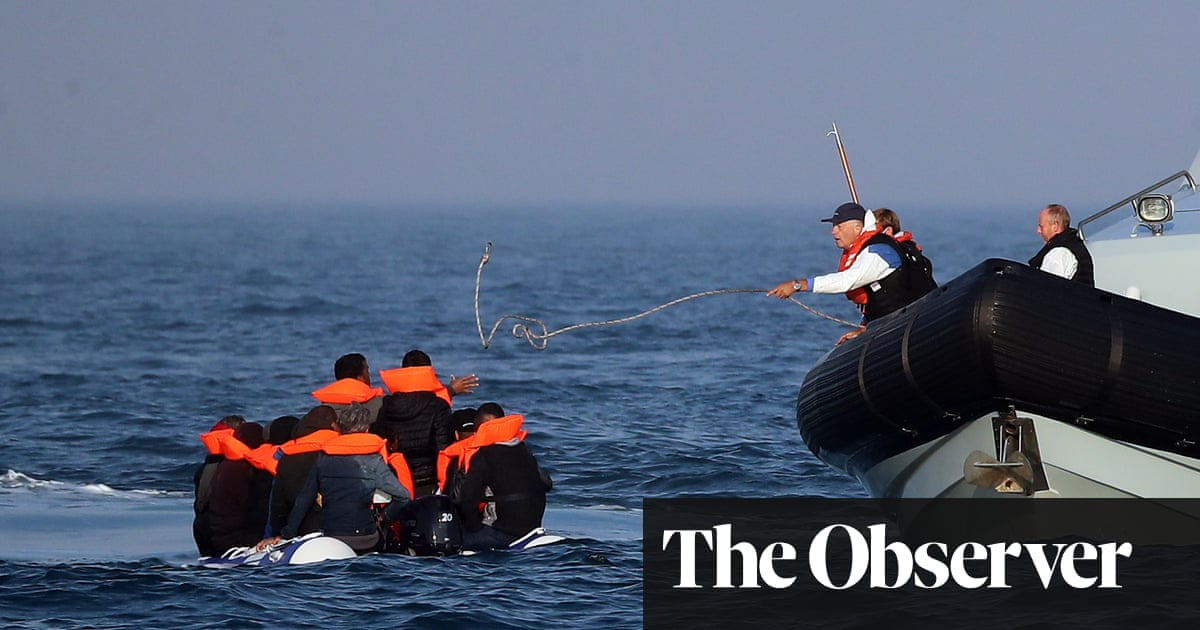 Survivors of the Windrush scandal have attacked the home secretary, saying her approach to the Channel migrant crossings is creating “the same set of conditions” that led to the government victimising the children of Commonwealth immigrants.

A letter to Priti Patel from 100 prominent refugee and human rights campaigners, including members of the Windrush generation, warns that the “pattern of ignoring expert advice, failing to engage with civil society and branding migrants as criminal” replicates Home Office failings that caused the 2018 Windrush scandal.

They also believe Patel’s hard-nosed strategy contravenes a central recommendation from the Windrush Lessons Learned Review that urges the Home Office to implement policies based on evidence and transparent decision-making.

Among the signatories is Michael Braithwaite, who arrived from Barbados as a child in 1961 and lost his job as a special needs teaching assistant two years ago for not having an up-to-date identity document. The 68-year-old said: “The Home Office doesn’t care. They need to give people a chance. They’re making a life-threatening journey – babies, mums and kids.”

More than 4,000 people have successfully crossed the Channel in boats this year, which Patel said was “appalling”, and the prime minister, Boris Johnson, called “very bad and stupid and dangerous and criminal”.

The letter, dated 14 August and whose signatories include the Joint Council for the Welfare of Immigrants, Oxfam, Liberty, Refugee Action and the Runnymede Trust, also condemns Home Office officials and Patel for attempting to discredit lawyers who represent asylum seekers.

Patel told Tory MPs last week that the asylum system was being “exploited by leftie Labour-supporting lawyers” who were stopping the government removing people.

The letter also points out that Patel’s attitude to asylum seekers is typified by last week’s response of a senior Home Office source to criticism from the ice-cream makers Ben and Jerry’s. After the firm urged her to show more “humanity” and reminded her that “people cannot be illegal”, the source accused it of selling “overpriced junk food”.

James Cleverly, a Foreign Office minister, then tweeted: “Can I have a large scoop of statistically inaccurate virtue signalling with my grossly overpriced ice-cream, please?”

The Home Office doesn’t care. They need to give people a chance. They’re babies, mums and kids

Government and ministerial statements have also repeatedly labelled the crossings illegal, which the letter reminds Patel is inaccurate. Also signed by Bail for Immigration Detainees, Praxis, Safe Passage, Detention Action and Help Refugees, the letter, states: “To brand this as ‘illegal’ or ‘criminal’ activity is irresponsible and wrong, and is precisely the same rhetoric that led to the wrongful detention and deportation of the Windrush generation.

“The government must stop using such language and misstating the law.”

It highlighted the fact that the foreign affairs select committee – when Patel was a member – and the Windrush inquiry by Wendy Williams pointed out the dangers of wrongly using the language of criminality.

It also states: “It is precisely the refusal to listen to evidence and advice, the refusal to recognise the humanity of those affected, and the same attitude which treats outside expertise and knowledge as opposition, which has led to chaos and dysfunction in the Home Office.”

The UN’s refugee agency last night voiced dismay over the UK government’s posturing on an issue that most experts say involves only small numbers in asylum terms. Laura Padoan, of the UNHCR, said senior government figures needed to avoid “escalating tensions with inflammatory rhetoric and responses that are not proportionate to the scale of what’s happening”. The UN’s migration agency, the IOM, also cautioned that the government’s populist language hardened attitudes and could “feed into xenophobic narratives”.