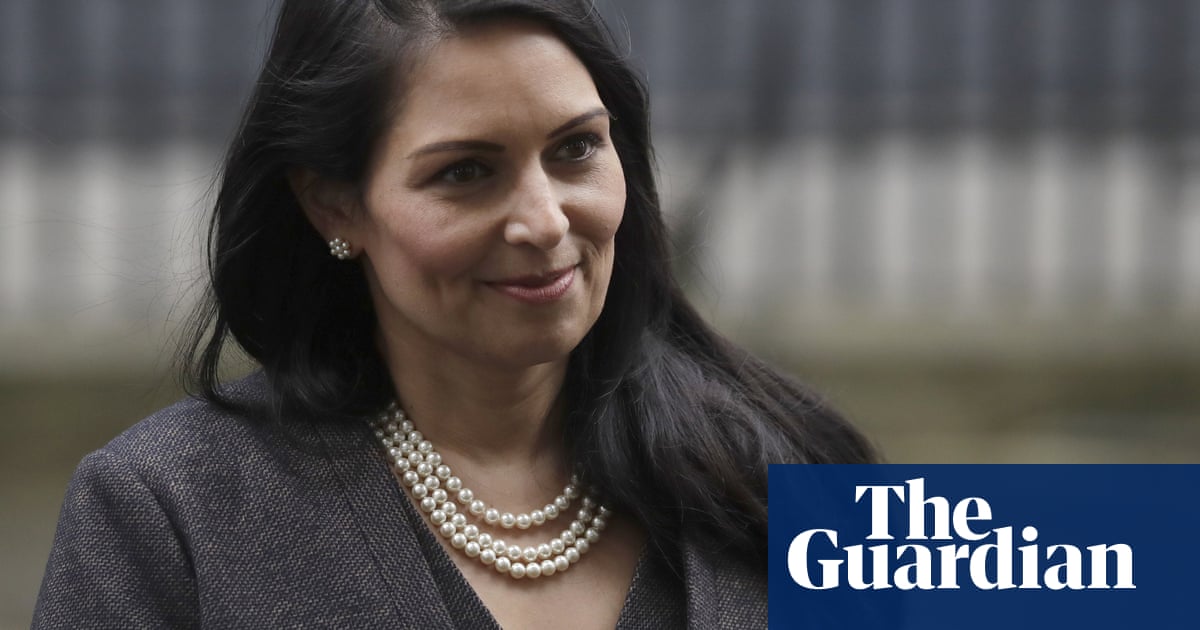 The home secretary has sought to clarify the legal status of poppers, in a move campaigners said highlighted “the absurdity of current drug legislation”.

Alkyl nitrite preparations, widely known as poppers, have resided in a legal grey area after being given a last-minute reprieve from inclusion in a ban on formerly legal highs in 2016, following an outcry from gay people, led by former Tory minister Crispin Blunt.

In a letter to the Advisory Council for the Misuse of Drugs (ACMD), Priti Patel wrote that the group had said poppers did not fall within the scope of the Psychoactive Substances Act because they did not have a direct effect on the central nervous system.

“However, a Court of Appeal judgment in 2018 confirmed that substances which have only an indirect psychoactive effect can still be captured by the 2016 Act,” she said.

“As a consequence the lawfulness of the supply of poppers is uncertain. I am minded to remove this uncertainty by explicitly exempting poppers from the 2016 Act. I would seek the ACMD’s advice on an exemption.

“My officials will work with you to provide more detail on the proposed wording of an exemption as you consider the issue.”

In her letter to the ACMD, Patel also said she wanted the panel to investigate how to prevent sales of illicit drugs online and to research the reasons behind growing powder cocaine use among young people.

Campaigners said the government was avoiding substantive change to reduce record drug-related deaths – 4,359 people across the UK in 2018 – and queried why the issue had suddenly reappeared.

“This would be a useful technical clarification but one which highlights the absurdity of current drug legislation,” said Steve Rolles, senior policy analyst at the Transform Drug Policy Foundation.

“To have a home secretary effectively request the formal legalisation of poppers, while deaths from other drugs spiral, shows misplaced priorities.

“There are countless other issues the ACMD should more usefully and urgently address including the establishment of overdose prevention centres, drug safety testing, or programmes to divert people caught in possession away from the criminal justice system altogether”

Crispin Blunt, the Tory MP and chair of the Conservative Drug Policy Reform Group, who made an impassioned intervention to prevent government “stupidity” in banning poppers in 2016, welcomed the move to clarify their status.

“Many gay men will be grateful to the home secretary for this clear direction of policy, as indeed am I,” he said.

“On other issues she seeks further information on how the dark and open web operates and around cocaine and GBL/GHB use among the young. More evidence is crucial to better policy making and I welcome her seeking it on areas important to improving public health.”

Poppers, used since the 1970s largely for their muscle-relaxing effects, increases blood flow to the body and is particularly popular with gay men who use it for sex. It is also used as a club drug as it creates a head-rush and a sense of euphoria.

Although many of the so-called head shops where poppers were formerly sold have closed, it remains openly on sale in some markets, cafes and shops – usually masquerading as a room odouriser. It can leave users feeling sick, faint and physically uncoordinated, with product quality not officially regulated.

A Home Office spokesperson said: “As this letter sets out, we are continuing to work in consultation with the ACMD to consider any new evidence of misuse, harms and diversion.”