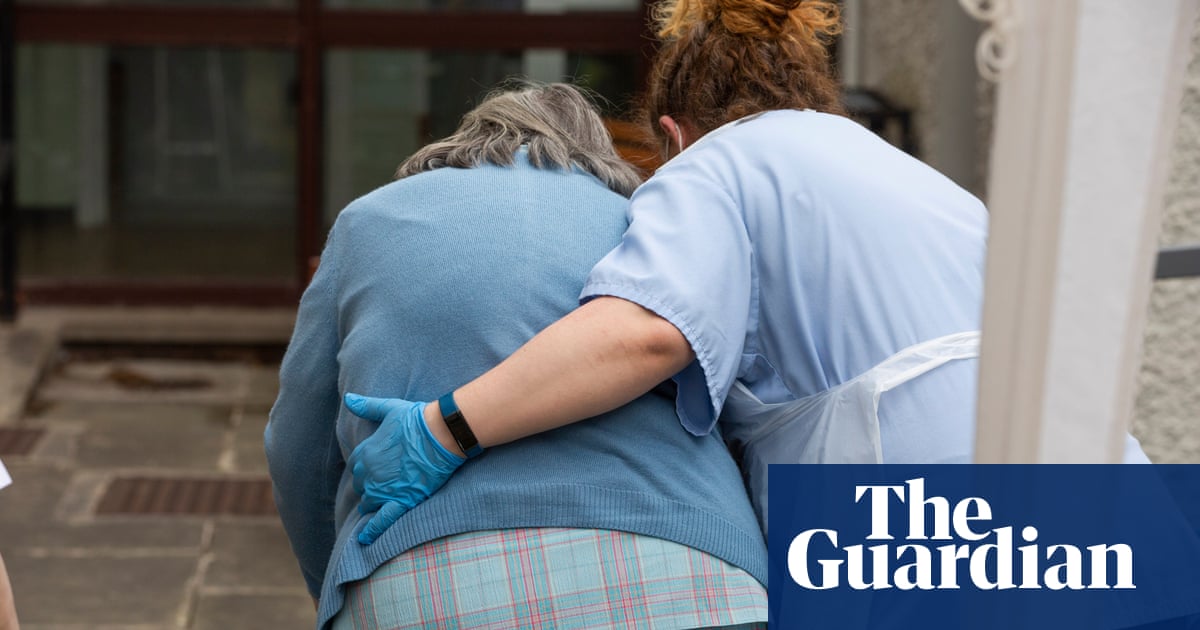 Policymakers’ failure to tackle chronically underfunded social care has resulted in a “lost decade”, with the system now at breaking point, according to a report.

A team led by Jon Glasby, a professor of health and social care at the University of Birmingham, says that without swift government intervention including urgent funding changes England’s adult social care system could quickly become unsustainable.

Adult social care includes residential care homes and help with eating, washing, dressing or shopping. The paper, A Lost Decade? A Renewed Case for Adult Social Care Reform in England, says the impact has been particularly felt in services for older people, with those for working-age people less affected.

It suggests that despite the legitimate needs of other groups, “it is hard to interpret this other than as the product of ageist attitudes and assumptions about the role and needs of older people”.

The paper says local authority spending on adult social care increased in real terms until 2011 and declined thereafter despite increases in need and demand, with an 8% reduction in gross spending between 2009-10 and 2015-16. Spending on nursing care for older people in 2018 was about £4.5bn while projected spending was £7bn, it says.

A report from the Institute for Fiscal Studies confirms the findings: local authority spending on adult social care in England fell 8% in real terms between 2009–10 and 2016–17, though it was protected relative to spending on other local authority services. The population has been growing so spending on adult social services per adult fell by 13.5% in England over the same period. In 2018, the Local Government Association estimated that adult social care services faced a funding gap of £1.5bn by 2019-20 and £3.5bn by 2024-25.

Under the Labour government in 2010, Glasby provided research for a white paper which argued that the current system was “broken”. The review set out three scenarios for reform and spending. If no action was taken, real costs would double within a decade, it concluded.

However, after a subsequent change in government that year, the changes and ambitious plans for a “national care service” were not implemented. Glasby said an austerity agenda led to a decade of spending cuts, service pressures, and a growing sense of crisis.

“Not only were these warnings not heeded – but the situation has since got worse. When social care for older people is cut to the bone, lives are blighted, distress and pressure increase, and the resilience of individuals and their families is ground down,” said Glasby, who is also a qualified social care worker.

He added: “Yet this happens slowly – day by day, week by week, and month by month. It is not sudden, dramatic or hi-tech in the way a crisis in an A&E department may be, and tends to attract less media, political and popular attention … With yet more urgency than in 2010 we warn: doing nothing is not an option.”

The new research compares what happened in practice from 2010 to 2019 – with this period described as “a lost decade” in which reform stalled and austerity had a significant negative impact.

“While the situation is urgent, the human misery caused by this ‘lost decade’ is not as visible as financial pressures on more prominent, popular and better understood services, such as hospitals or schools,” said Glasby.

He added: “In 2010, we were adamant that doing nothing was not an option. Our 2020 update shows that, without swift government intervention, the adult social care system could quickly become unsustainable. Even though this research was carried out before the start of the Covid-19 pandemic, urgent action is likely to be even more pressing in the current context.”

This year a coalition of councils and charities demanded ministers publish a timetable for changes to social care, calling for a “radical rethink”.

The call came 12 months after the prime minister promised to “fix the crisis in social care once and for all”. On 30 June, Boris Johnson said ministers were “finalising” their plans.

The Alzheimer’s Society, which supports carers across the UK, said its telephone support line had been inundated with carers struggling with poor-quality care and others who were unable to access the support they need.

Fiona Carragher, the charity’s director of research and influencing, said: “It is no secret that decades of inaction on social care have created a stretched and overworked system, one that has been pushed to breaking point by the coronavirus pandemic.

“Too often they fall into the gaps between health and social care. We must learn from the pandemic and urge the government to bridge this divide by building a social care system that is free at the point of use, with costs shared across society.”

Last month the Guardian reported that social care could be brought under the control of the NHS in England in a controversial move that would increase the health service’s budget to £150bn.

Downing Street has drafted in David Cameron’s former policy chief, Camilla Cavendish, to help draw up and finalise proposals to improve social care. However, the Department of Health and Social Care (DHSC) denied it was planning to merge the two services.

In response to the latest report, a DHSC spokesperson said: “We know that there is a need for a long-term solution for social care, and will bring forward a plan that puts the sector on a sustainable footing to ensure the reforms will last long into the future.”