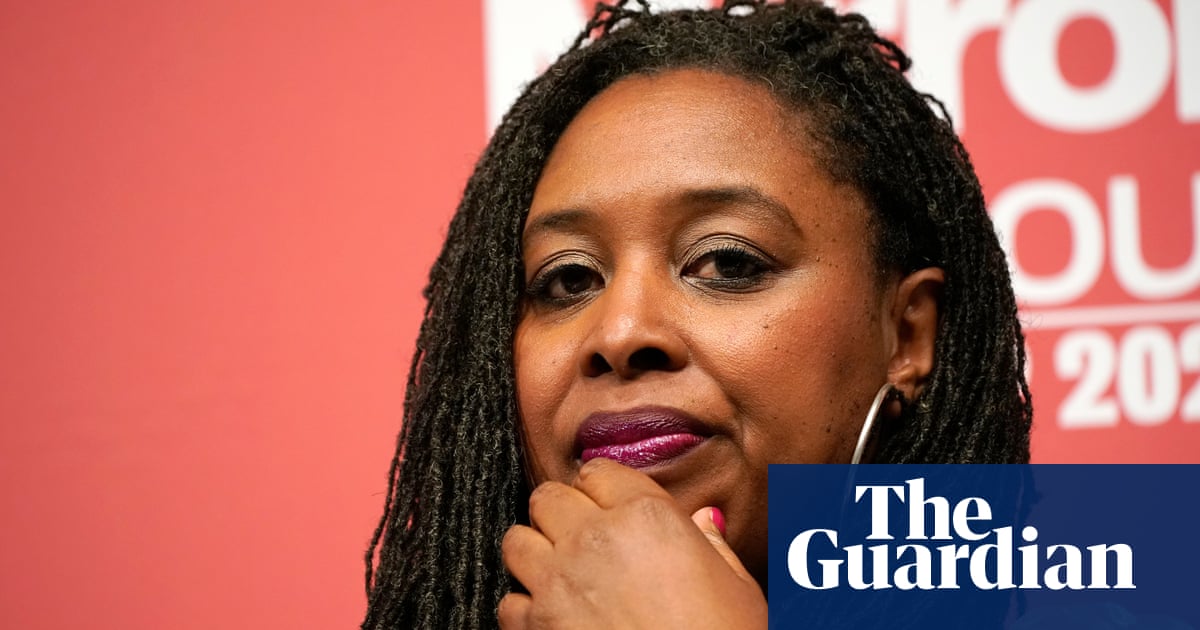 Dawn Butler, the Labour MP and former shadow equalities minister, has described being stopped by the police while driving with a friend through east London, saying her experiences show “the system is institutionally racist”.

Butler, a strong critic of police stop-and-search tactics, said the car being driven by her male friend, who like Butler is black, was pulled over by two police cars in Hackney, with officers saying the vehicle was registered to North Yorkshire.

After taking the car keys and checking the registration, the officers admitted there had been a mistake and apologised, Butler told the Guardian.

Two other officers had asked the MP where she lived and where she was going, and then wrongly said the tinted windows in the back of the car were illegal, she said. It was this attitude that prompted her to go public, Butler added.

“It makes you realise that there’s something really not right with the system,” she said. “The fact you have two bad officers, questioning me. I can come out of my house on a nice Sunday afternoon and go wherever I want to, because it’s a free country.”

Butler, who was en route to a lunch in east London, said: “My plans were basically ruined – it’s a sunny Sunday, and you don’t get many of those.”

The Brent Central MP said she was puzzled at the idea that the police computer would – wrongly – say her friend’s car was registered out of London, and that this was sufficient reason to stop them.

“That’s really interesting, because I’m doing a lot of work with the police at the moment,” she said. “It’s really important that we focus on whether the system is institutionally racist. It needs to change – it’s a bogus reason for stopping someone.”

The Metropolitan police said they were “looking into an incident” in east London but had no further information immediately.

Later, the area commander for north-west London, chief supt Roy Smith, said he had spoken to Butler. He tweeted: “She has given me a very balanced account of the incident. She was positive about one officer and gave feedback on others and the stop. We are listening to those concerns and Dawn is quite entitled to raise them.”

In an interview with the Guardian last week, Butler called for an end to stop-and-search tactics by police, saying the approach was racist. “It does not work, or rather, it works the way it’s designed to work. It is designed to be discriminatory,” she said.

“The fact is, where a police officer can stop a person of colour driving a car, saying: ‘We smelled drugs coming from your car; that’s why we stopped you,’ and then, when they search the car, there are no drugs, you have to ask yourself: what were they smelling?”

Butler, who served as a junior minister under Gordon Brown and was shadow women and equalities minister for Jeremy Corbyn for nearly three years, stood to be the party’s deputy leader this year but was eliminated in the first round of voting.