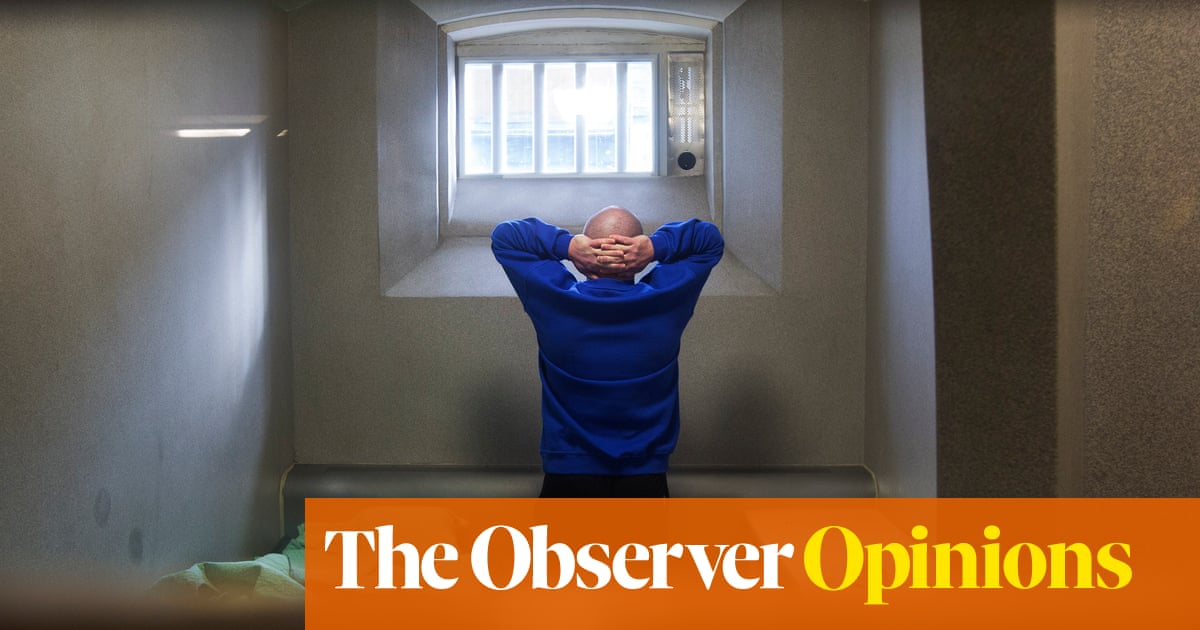 At the start of the pandemic, any fool could see where the virus would strike. Any fool, that is, except the fool in Downing Street. “Few outsiders care about the care services,” I wrote on 4 April. “They are as neglected as the prisons, another Cinderella service that could be ravaged.” We were right about care homes becoming mortuaries, but the virus spared the prisons. Or, rather, it appeared to spare them. Instead of taking lives, it has taken liberties and made the practices of our criminal justice system resemble those of a police state.

As always, the scandal is that there is no scandal. The Crown Prosecution Service shrugs its shoulders and our allegedly liberal judiciary sits on its hands as uncounted thousands are imprisoned without a court convicting them and ordered to stay in their cells 23 hours a day, with one shower a fortnight until… No one knows.

Their plight echoes the wider plight of the UK. We have the highest excess death rate of any country in the world because the Johnson administration lacks courage. It would not lock down in time or stop flights from Covid-infected countries because it would not take hard and unpopular decisions for fear of looking bad. Its dilettantism has infected the whole public sector.

All free societies place limits on how long the state can hold a suspect before bringing him or her to trial. The government cannot just imprison citizens indefinitely. The legal time limit that a defendant can be held in custody – the time between being charged with an offence and bring brought to court for a criminal trial – is 182 days, unless there are exceptional circumstances such as a witness falling ill. England, which gave the world the presumption of innocence and habeas corpus, would never tolerate imprisonment without trial stretching on indefinitely. Suppose the jury found you not guilty, but you had been punished by spending years in a cell on remand as if you were a guilty man. No government should have the power to lock you up and forget your existence.

I have been able to find just one judge who asked these questions. Unfortunately for the state of English liberty, he wasn’t the lord chief justice, but a lowly justice at Woolwich crown court. Last month, Judge Keith Raynor released an alleged drug dealer who had been held way beyond the 182-day limit. Refusing a CPS request for a third extension to his incarceration, the judge warned that “many defendants in custody will not be tried until well into 2021”. Maybe longer than that. Fair Trials, a global criminal justice watchdog, has heard of people having to wait in prison for cases postponed until December 2021, with no guarantee that they will be heard even then.

It is impossible to find out how many of the 11,000 or so in jail awaiting trial are being held under “exceptional” measures. I asked the CPS. It didn’t know, even though its lawyers are meant to know. The activists at Fair Trials have submitted freedom of information requests. They have not been answered. MPs have tried in parliament. No luck again. Fair Trials, like everyone else who understands the public sector, emphasises that the suspension of due process is being inflicted on a criminal justice system that was already “underfunded and crumbling”. Ten years of Conservative rule meant that it was in crisis before the Covid crisis. Courts were closed, legal aid and the police cut, and the backlog of cases allowed to grow to unprecedented levels.

Most prisoners awaiting trial in England are not dangerous

The government is not being entirely idle. It promised trials could be heard in “Nightingale courts”, but to date has announced only 10 new sites. Johnson promised money to “digitally upgrade” 100 courts. But no one knows when the work will be finished or, given the government’s record on IT, whether the digital upgrade will actually work. In any case, what Johnson gives with one hand, he takes with another. The government is spinning that it wants to end plea bargains and reduced sentences for defendants who accept their guilt. This will lead to more not-guilty pleas and more delays as defendants clog the system by demanding full hearings on the off-chance they might get lucky.

The one measure it won’t take is the measure that governments across the world are taking: releasing non-violent offenders. Most prisoners awaiting trial in England are not dangerous. Only 25% of those on remand are facing charges of murder, rape and other forms of violence. The government could release many of the rest under supervision and allow them to live free until the day it could get round to organising a trial. In April, it said 4,000 low-risk prisoners would be fitted with GPS tags and let out to stop the spread of the virus in prison. At most it freed about 250. The home secretary, Priti Patel, was “uncomfortable” with the idea, the Times reported. She could see how it would dent the Conservatives’ attempt to pose as party of law and order. PR concerns overrode all else.

You may not care about suspects presumed innocent until found guilty in solitary 23 hours a day. But perhaps you care about losing a relative to Covid or losing your job because the Johnson administration was so frightened of being accused of running a nanny state that it delayed taking the essential measures to protect the population. Perhaps you will then realise that the trouble with having a government run by second-rate Tory journalists is that it cares more about bad headlines in the second-rate Tory press than the lives and liberties of its luckless subjects.