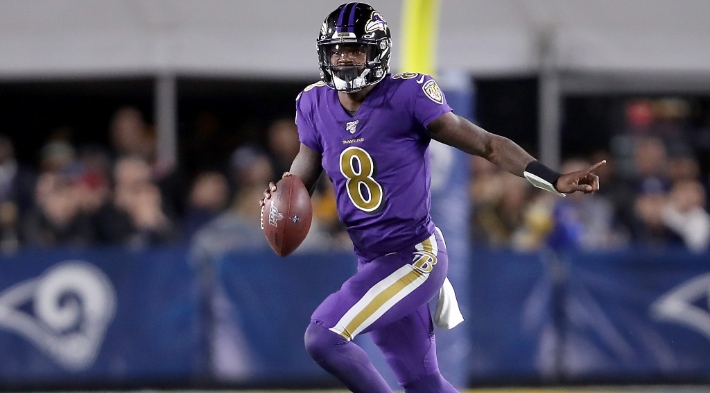 At just 23, Lamar Jackson has already achieved more than anyone could have expected: A Heisman Trophy, an NFL MVP award, two trips to the playoffs in his first two seasons, and now, an appearance on the cover of Madden NFL 21. While Jackson has been able to keep control of his emotions through all the award ceremonies and big wins, he admitted to former Ravens receiver Steve Smith in a video on the team’s YouTube channel that he “shed tears” when he finally saw the cover of the video game earlier this year, as he’d achieved something “that’s been a dream of mine all of my life.”

Jackson explained that it was something that felt like a more tangible accumulation of his whole life, having seen everyone from Patriots quarterback Tom Brady — whom Jackson said beating was the highlight of his 2019 — to Ravens great Ray Lewis appear on the cover. When Jackson saw himself join their ranks in the latest edition of the game, he was overcome with emotion.

Beyond his reaction to the cover, Jackson told Smith about what he has in store down the road, saying “I want everything to be perfect” in listing out his goals for the upcoming season and the rest of his career.