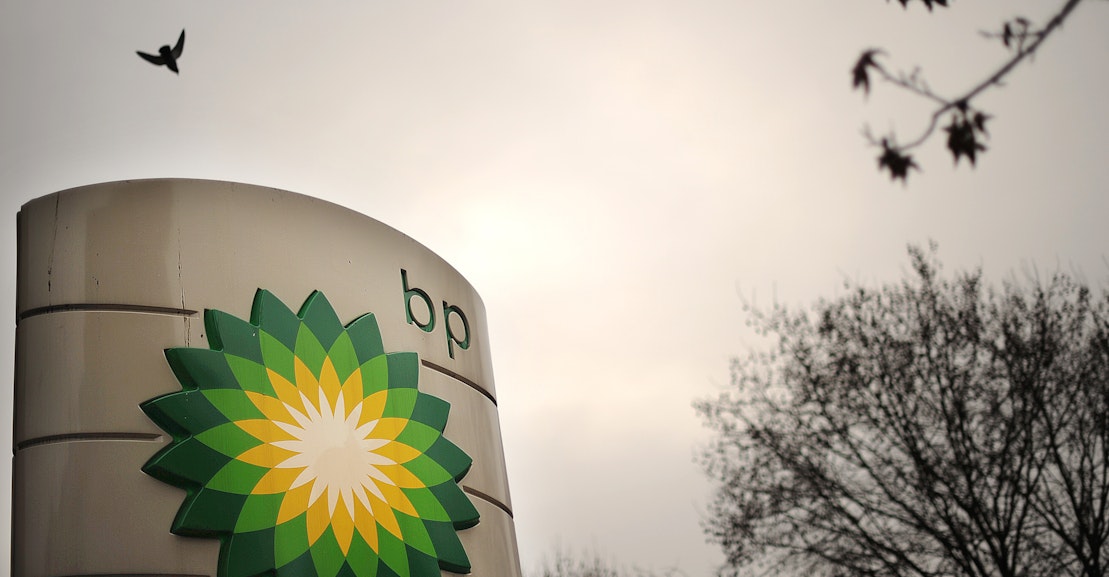 BP seems nervous about being a fossil fuel company these days. On Tuesday, the twelfth most carbon-intensive company in the world announced plans to slash its oil and gas production by 40 percent over next decade, the largest such cut an oil and gas company has ever announced. It’ll also slash its dividend payouts to shareholders by 50 percent, and will increase its spending on low-carbon energy tenfold, to $5 billion per year, by 2030.

It’s a big deal; fossil fuel industry rhetoric on environmental stewardship doesn’t tend to come with pledges to meaningfully cut into the bread and butter, opting instead for vague promises about dates far in the future. Greenpeace responded to BP’s news with measured optimism. Kelly Trout, Senior Research Analyst at Oil Change International, said in a cautious press statement that, “BP has changed the game, but in a league with zero climate credibility,” adding that the announcement was “an important signal to the rest of the industry that the only credible way to cut pollution is to cut fossil fuel production.”

It’s worth considering BP’s anouncement in the context of the industry as a whole, where—amid a historic downturn—cuts of all kinds are becoming ubiquitous; just yesterday, ExxonMobil said that a fifth of its fuel reserves could be wiped out by low oil prices. Is BP getting greener, or just putting a green spin on its response to long-term market trends that would soon come for its profits anyway?

Fossil fuel exploration and production companies, a recent analysis from Rystad Energy found, were at a four-year high for Chapter 11 bankruptcy filings in the second quarter of 2020, the industry’s worst quarter ever. Larger integrated oil and gas producers have been better insulated from the downturn, but are still taking big hits. ExxonMobil reported its second straight quarter of losses—the first time that’s happened this century. It’ll be enforcing cuts of its own, albeit cuts less green than BP’s. Now just a tenth of the size of Apple and trading at its lowest levels since 1977, Exxon will be cutting its capital spending through the rest of the year, including taking most of its shale drilling rigs in the Permian Basin offline, aiming to keep just 15 by year’s end. It also announced this week that it will suspend its contribution to its employee retirement plans starting in October, all while continuing to pay out its massive $15 billion worth of annual dividends to shareholders. The choice to keep those payments coming is raising eyebrows among Wall Street analysts, who have cooled on the formerly hot stock in recent years. “The company wants to invest in energy projects with long-term benefits while trying to satisfy shareholders with immediate and consistent dividend payouts,” an analyst for Stone Fox Capital wrote yesterday. “The end result is the need to constantly pump oil and natural gas to keep cash flowing into their bank accounts.”

Chevron, which also reported major losses in the second quarter, is writing down $5.7 billion worth of oil and gas properties. Shell recently announced a dividend cut even bigger than BP’s, of 66 percent—the first time it had made any cuts at all since World War II. After taking heavy losses, it also plans to cut back on production by 25 percent this year and slash 2,200 jobs. These companies’ production cuts are in the industry’s best interest. With prices and demand for oil still low, continuing to enthusiastically pump out oil and gas at pre-crash levels only floods the market with supply it doesn’t need, suppressing fuel prices and, with it, profits.