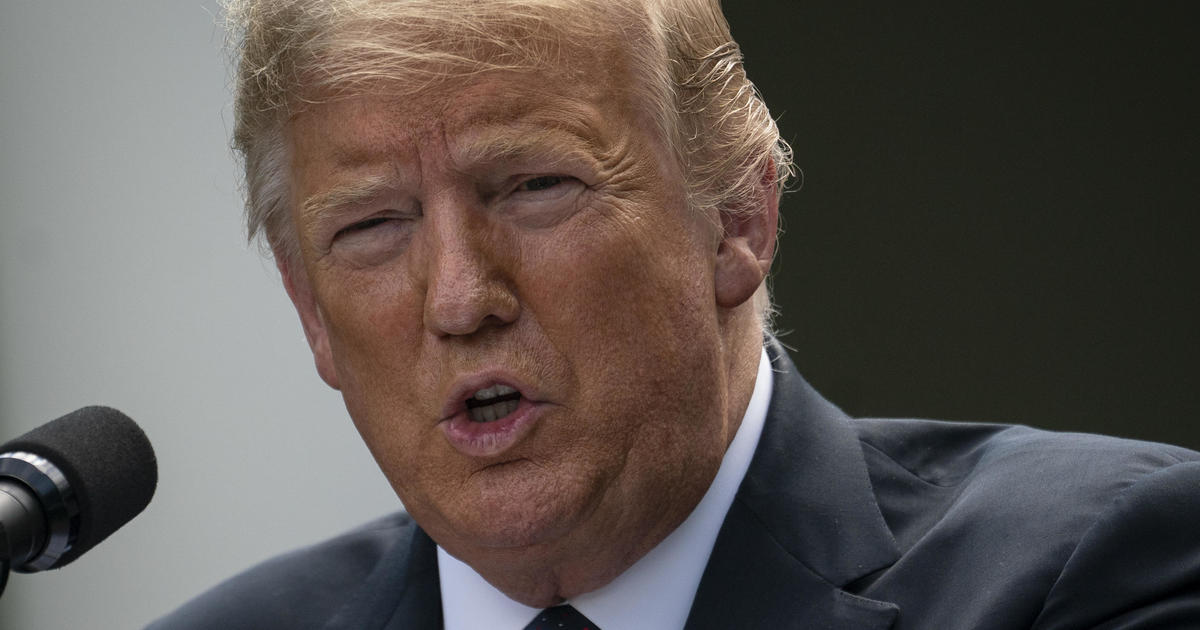 After pausing TV ads for six days, the Trump campaign snapped back to the airwaves Monday, in the battleground states of Florida, North Carolina, Georgia and Arizona.

“You can either spend $10 million dollars a week by keeping the spigot wide open while you’re thinking about it, or not,” Trump campaign communications director Tim Murtaugh told CBS News, calling the reassessment a “responsible use of resources.”

Following an audit of campaign spending and infrastructure, new Trump campaign manager Bill Stepien turned the spigot back on, pouring advertising dollars into the four states that cast the majority of ballots early or absentee in 2016, with races GOP pollsters classify as “uncomfortably close” in discussions with CBS News.

In Arizona, a whopping three-quarters of the electorate voted before Election Day in 2016, according to the U.S. Election Assistance Commission, with a greater influx anticipated this year amid the coronavirus pandemic.

“I know a lot of people look at the election countdown clock on our wall: it says 91 days,” Stepien told Fox News, Monday. “But ballots will be in the hands of North Carolina voters in 33 days.”

And while North Carolina is the first state to send out absentee ballots beginning on September 4, Georgia follows soon after on September 15, with Florida on September 24. Early voting begins in Arizona the first week of October.

The latter, 30-second spot appeals directly to President Trump’s often invoked “silent majority,” supporters campaign officials anticipate will turn out en masse on Election Day. “People who support the president, support his policies and are worried about what Joe Biden represents,” Murtaugh told CBS News. “It’s a different style than the ads that we have run to this point.” Mr. Trump has tweeted 11 times about his “silent majority” in June and July alone.

But Democrats believe a more vocal coalition of young people will break through the hush of voters that secured Mr. Trump 304 electoral votes in 2016, well over the 270 necessary to win. “Georgia is a serious defensive liability for Republicans, and they know it,” said Cassidy Geoghegan, press secretary for the DNC in battleground states. “The June primary showed that momentum is certain on the Democratic side.”

President Trump won Georgia by five points in 2016, but the state counted itself among only nine primary contests with 2020 increases in turnout, compared to 2008, and more Black Georgians voted in the 2020 primary than in 2008. According to “Fair Fight,” a voting rights group established by former Georgia minority leader Stacey Abrams following her gubernatorial defeat, Georgia is now home to over 750,000 new voters who were not registered and eligible to vote in 2018.

A CBS News Battleground Tracker poll released Sunday shows Biden leading with 2016 non-voters by 20 points in Georgia. Biden is up four points in North Carolina and one point in Georgia, according to the latest survey. Georgians last picked a Democratic president in 1992.

Trump campaign officials point to a shifting calendar and competitive Senate races to justify spending in states won handily by Mr. Trump in 2016, but GOP operatives have another view.

“Of course Trump is playing defense,” major Republican donor Dan Eberhart tells CBS News. “He’s fighting to protect states he should be able to ignore.” An adviser to Doug Collins’ Georgia Senate bid, Eberhart calls down-ballot boosts “a side effect” of new ad spending in Georgia, “but not the campaign’s purpose.”

Republican pollsters point to changing demographics and abandoned GOP inroads with African-American voters. And the rising number of Democratic voters in North Carolina and Georgia have been a “Republican problem” for years, says GOP strategist and CBS News contributor Terry Sullivan. Recent upticks in the Black voting age population have always been an advantage in those states for Democrats.

Further Democrats are highly motivated to vote against the incumbent. “Donald Trump is one of the most gifted individuals in his ability to make himself the center of everything. For better or worse, the level of passion he invokes in both people who love him and despise him is mind boggling,” said Sullivan, who managed Senator Marco Rubio’s presidential campaign.

Many White voters in both North Carolina and Georgia say the main reason they’re backing Biden is to oppose Mr. Trump, according to a CBS News poll released this week. Compared to 2016, Mr. Trump’s current share of the White vote is down 12 points in Georgia and 7 points in North Carolina.

And in the Tar Heel State, 88% of former Trump voters say they are backing him again this year, while 6% have switched to supporting Biden. That margin of Biden-Trump “switch voters,” though small, ranks notably higher than the 2% of Clinton 2016 voters who now back Mr. Trump, a pattern extending from the Rust Belt to the Sun Belt.

Since the pandemic struck, the Trump campaign has poured $23.1 million into the Sunshine State, $11.4 million into North Carolina, spent nearly $ 6.8 million in Arizona and just over $6 million in Georgia.

Notably absent from this latest campaign roll-out are Pennsylvania, Michigan, Wisconsin and Ohio. In a call with reporters in late July, Stepien downplayed Midwestern swing states, arguing the incumbent president only needs either Ohio or Pennsylvania or Wisconsin to win. It’s leaving the ad buying to America First Action, the leading pro-Trump super PAC, which debuted new anti-Biden spots Tuesday as part of a $23 million buy in states including Pennsylvania and Wisconsin.

But President Trump made the final call to return to the airwaves in four states Friday, following a phone conversation with Stepien and campaign senior adviser Jason Miller, a campaign official confirmed, just a day after floating the idea of postponing Election Day. Mr. Trump does not have the constitutional authority to move the date of the election, and there are few instances of absentee voter fraud in battleground states. Mr. Trump still claims he “has the right” to issue an executive order curbing absentee voting.

And while voters in some states could face a learning curve in properly completing mail-in ballots, there’s little risk of meltdown in states accustomed to processing large sums of absentee ballots, particularly in Florida and Arizona, where the GOP played a large role in implementing statewide absentee ballot operations.

But what is worrying Republicans is their tenuous Senate majority and a “distracted” presidential platform just a month before voting begins.

“Donald Trump is losing today. That’s why you reset. There’s no other option,” Sullivan said, noting November 3 is still months away. “If you are losing, it is never too late to try and reset the narrative.”