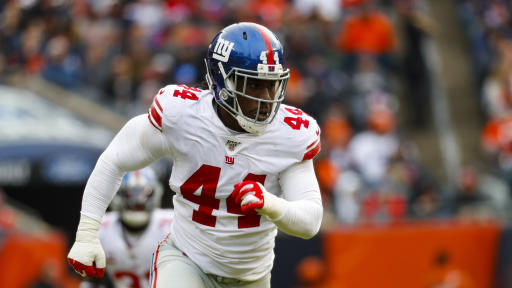 The Giants announced Tuesday the signing on their leader in sacks last season. Golden’s contract is a one-year tender for $5.1 million.

Golden was a free agent in the offseason who went unsigned. The Giants placed a unrestricted free agent tender on him after the draft and when he did not sign with another team by the first day of training camp, New York regained exclusive rights to his services for this season.

Golden had 10 sacks in 2019, more than twice the total of any other Giants defender. The 29-year-old is entering his sixth season.

The Giants removed one player but added another to the reserve/COVID-19 list. Wide receiver David Sills, who was added to the list a week ago, returned to the team. Second-year linebacker Josiah Tauaefa was placed on the list.