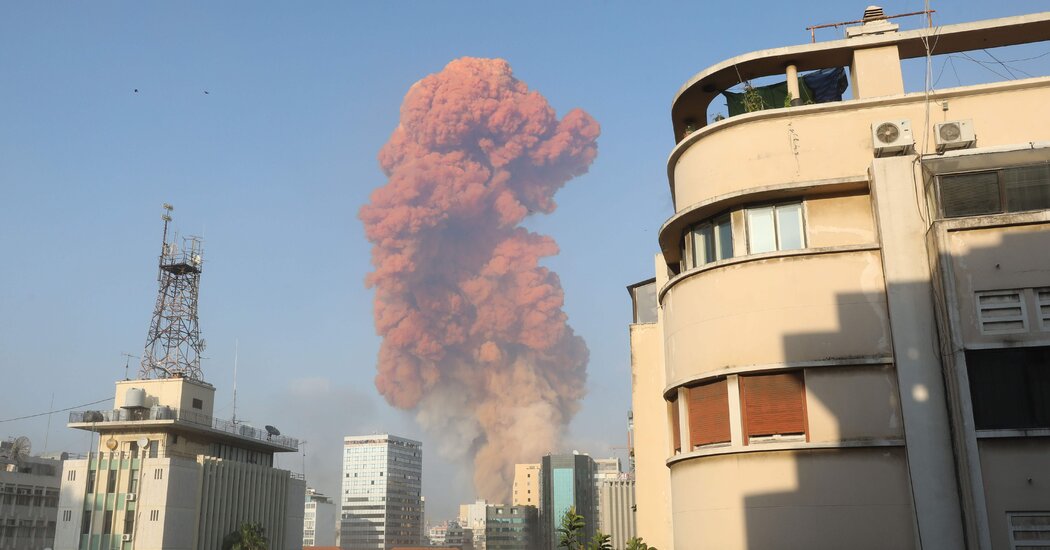 BEIRUT, Lebanon — A pair of explosions shook the center of the Lebanese capital on Tuesday, damaging buildings in several neighborhoods, causing widespread injuries and sending a giant pink cloud rising from near the city’s port.

The state-run National News Agency reported that a fire had broken out in a fireworks storehouse at the port before the explosion. But it was not immediately clear what had caused such a large blast.

Residents of several neighborhoods in East Beirut said their walls had shaken or cracked and their windows shattered. Many roads were blocked by the debris, forcing people wounded in the blast to walk through the smoke to hospitals.

Videos and photos on social media showed two explosions near the water.

The first blast sent a cloud of smoke billowing above fires and flashing lights that resembled fireworks. The second, much larger explosion, created a cloud of reddish orange smoke and sent a wave of dust over a huge area.

The Lebanese Red Cross said that more than 30 teams were responding to the explosion, and urged people to clear a path for its ambulances.