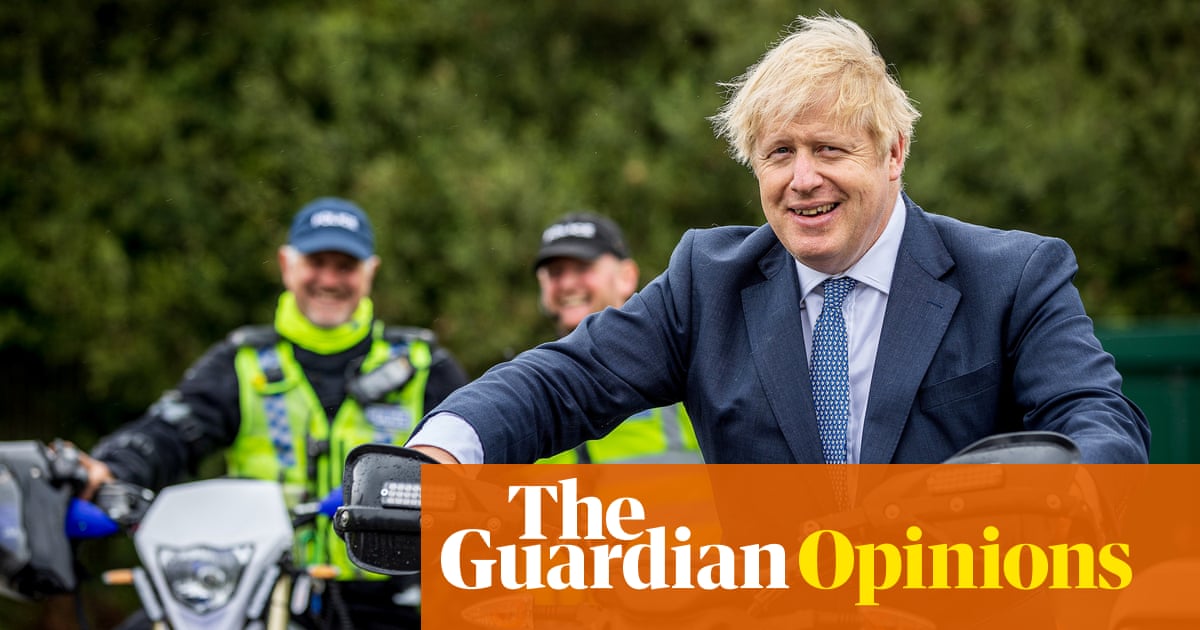 Shutting pubs as the price of opening schools is a decision no prime minister wants to make, and Boris Johnson is a prime minister uniquely ill-equipped to make those kinds of choices. In the next phase of the pandemic he will find them hard to avoid.

The proven method for containing the coronavirus so far has been repressing citizens’ freedom to go about their business. But the government is afraid to do that for long because lockdowns put people out of work. A thriving consumer economy and a functioning education system both shuffle bodies around in ways that facilitate contagion. The combination is risky and essential.

It is a problem without a simple solution, and the government’s strategy of hoping it goes away has failed.

Johnson never promised a swift return to normal. But he did urge us to enter a simulation of life as it recently used to be lived (while observing correct hygiene practice), holding out the prospect of normality’s more “significant” restoration by Christmas. That isn’t going to happen. The virus is no longer in retreat. Recently granted social freedoms have been withdrawn from parts of northern England. Other localised restrictions are inevitable. And summer is meant to be the propitious season for quashing infections. Winter puts routine stress on the NHS even without Covid-19. Cold, wet conditions will further sap the public’s already depleted will to comply with onerous regulations.

It doesn’t help that revision of the rules and mixed ministerial messages have sowed confusion. The principle appears to be that people should avoid congregating indoors, unless it is to spend money. If you want to eat out, the chancellor will chip in for the bill, but don’t get greedy with the numbers. Have no more than one family round for dinner. If you are in Manchester, have none.

It is easy to mock, and Johnson’s chaotic administration has done plenty to sabotage the cause of clarity, but there is mitigation in the sheer complexity of the task. The government wants to maximise public protection and accelerate economic recovery. Neither goal is dispensable. Other European countries are in the same bind, desperate to prod their populations and visiting tourists into a summer spending spree, only to find that the virus hitched a ride on the holiday bus.

Government is hard because it consists of constant, agonising judgments – picking between imperfect options, each with undesirable side-effects. Everyone who has reached any position of Westminster seniority, whether as a minister or civil servant, ends up awed by the relentless demand on a prime minister to make those calls. Everyone, that is, except Johnson, who appears to have been taken by surprise. He sat in Theresa May’s cabinet, making life difficult for her, blithely confident that there would be no equivalent difficulty when his turn came.

Now it has come and the prime minister faces a double consternation. He struggles with the job itself and with the wound to his ego from the discovery that governing is beyond his capabilities. He winces from that injury and tries to mask the strain in public with bluster. The giveaway is how much he relies on assertion that the challenge can be met with a sheer effort of will; how it can be beaten by national grit. “We must keep our discipline, we must be focused and we cannot be complacent,” he said in his most recent televised press conference.

In his head the plural pronoun “we” is a rallying cry, but in fact it is a crutch. He invites us all to carry the burden of responsibility because he is tired of carrying it himself. Evocations of blitz spirit were right for the first phase of the crisis, but events and the public have moved on. “We”, the nation, can exercise discretion and behave responsibly, but we cannot make the hard choices that land on a prime minister’s desk.

If it comes down to competing demands of, say, pub versus classroom, Johnson has to lean towards one at the expense or the other. But he has built his career in evasion of trade-offs. His mandate is fashioned from denial that they even exist. He would not be in power without Brexit, and his campaign for that cause was based on assertions of zero downside. His professed doctrine is cakeism (the belief in both having sweet things and eating them); anyone who queries the logic or tabulates the cost of ingredients is dismissed as a nay-saying nincompoop.

Johnson’s ideal communications strategy is not to tell people things they don’t want to hear and, when bad news comes knocking, to hide instead of answering the door. In Downing Street that approach is reinforced by the epic arrogance of his chief adviser, Dominic Cummings, whose working assumption in policymaking is that nearly everyone on the planet is stupider than him.

On the matter of truth, Johnson doesn’t care what it is, and Cummings thinks he alone knows and most people can’t handle it. Put those two personalities together in the Downing Street bunker, where even competent politicians are prone to paranoia under siege, and the result is an operation that is stingy with trust, lavish with blame and instinctively dishonest. It resists input from outsiders and allows only ideological servility on the inside.

That is an effective model for some aspects of politics. It facilitates message discipline (as long as the message is distilled into a slogan and simple to the point of infantilism). It is primed for the ruthless crushing of enemies. It wins campaigns and disorients rivals. But those qualities are inimical to the task of building consensus for long-lasting, painful social and economic measures in a society already divided by years of aggressive partisan politics, which is the governing task in hand.

Johnson came to the job of prime minister complacent about how hard it would be, and the methods that got him to the top taught him all the wrong tricks for coping there. He would find it all so much easier if pubs or schools could be classified as the enemy, but the country is awkwardly fond of both. There are no traitors to be hounded in the battle against Covid-19.

The early stages of the pandemic proved that there is an appetite for solidarity in Britain and a capacity for self-sacrifice. Benefit of the doubt was available to politicians grappling with an unprecedented crisis. People are perfectly able to understand the concept of a painful trade-off because they occur in life all the time. All but the most privileged minority are forced to choose between what they want and what they can afford. All but the most selfish among us understands the need sometimes to suppress selfish impulses in favour of duty towards others. There are only a few who find that concept challenging. By misfortune, Boris Johnson just happens to be one of them.