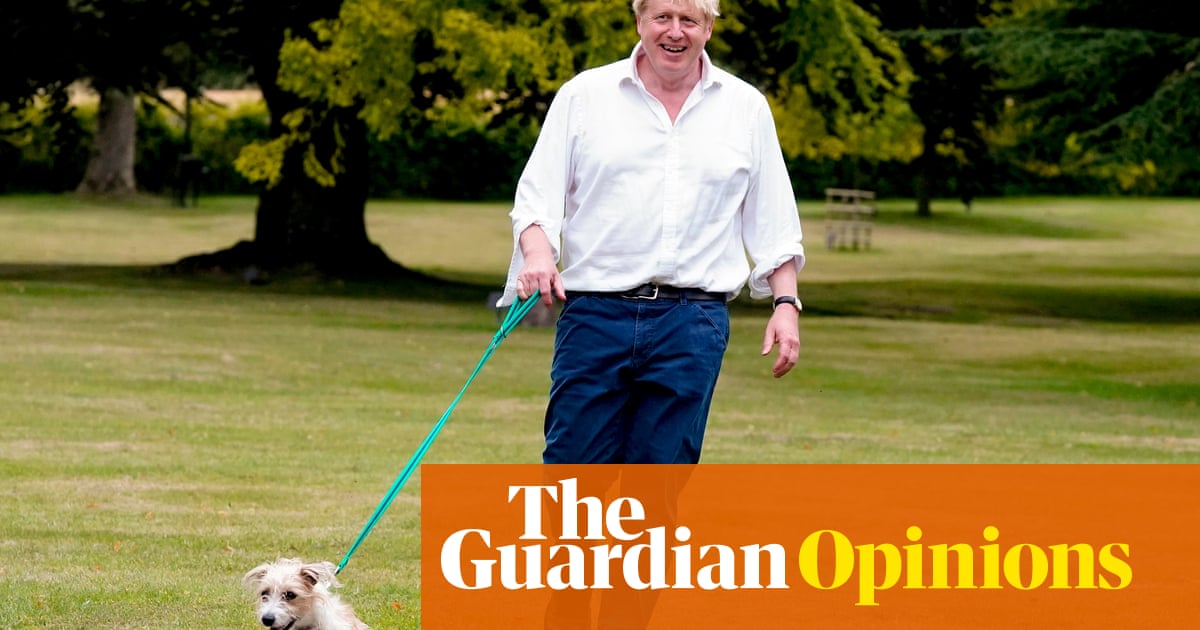 Following his dice with death, Boris Johnson has launched a “war on obesity”, unleashing a series of new measures – an end to unhealthy multi-buy deals, putting junk food ads after the watershed, rolling out calorie labels on chain meals and alcoholic drinks – with a convert’s zeal.

It sounds sweeping, and some aspects of it aren’t controversial. As of this week, for instance, 68% of people supported a junk food ad ban, according to YouGov, while generally speaking almostfour in 10 Britons say that they are already trying to lose weight. But, like all of its predecessors, Johnson’s war is doomed to fail.

How do you square the call to spend longer in the kitchen or go for a jog when we are poorer and more tired than ever?

Time and time again, these drives toward weight loss promise more than they can deliver, and harm more than they help. In Johnson’s case, his campaign is uniquely unsuited to the conditions his party created. After years of officious, mindless austerity, redoubled by the challenges of Covid-19, it would seem harder to be healthier in Johnson’s Britain than under any other postwar prime minister.

To live and eat according to the government’s ideal, you need time, money and space – three areas of public life that have been relentlessly encroached upon under David Cameron, Theresa May and Johnson. As a country, according to 2018 research from the TUC, Britain worked the longest hours in Europe; wage stagnation is into its 13th year; and green spaces are sold and park budgets slashed up and down the country. Astoundingly, half of British public land has been sold since the late-1970s, and the pace of its sale has accelerated sharply in the last decade.

How do you square the call to buy fresh ingredients, spend an hour longer in the kitchen or go for an evening jog when we are more tired, poorer and more boxed-in than ever before? Focus on productivity has moved from the professional to the personal – even more acutely since the advent of Covid-19 – and the expectation (from the government, no less) that you make use of whatever time you have to yourself to live a so-called “better” life will breed feelings of self-blame, frustration and unhappiness, without making the slightest dent on public health.

Even the policies, taken on their own merits, are ineffective. Moving junk food ads after the watershed is shutting the stable door when the horse has bolted. YouTube, streaming services and video games have long since obliterated TV’s monopoly on children’s attention. Ending multi-buy deals on some processed foods won’t nudge families towards Buddha bowls and bone broths; it will just make feeding a family a little bit more expensive.

The impact of this campaign is damaging as well as ineffective. Beat, the eating disorder charity, has condemned the government’s approach in no uncertain terms, citing its adoption of calorie-counting and weight-loss apps as triggering factors for those already battling eating disorders, and gateways for those who could be at risk of developing them.

For those already living with obesity and related issues such as eating disorders, disabilities, and the effects of long-term injuries or medications, this negative framing will only erode confidence, not just in themselves but in the institutions that could be supporting them. Overweight people already find themselves blamed for their own ill health and the costs to the NHS incurred by treatments; now the government is taking this blame culture further by insisting that the fate of Britain is at stake if people don’t lose weight, and lose it now.

There’s no doubting the deleterious effects to public health that industrialised food production causes, but piecemeal measures such as the ones the government plans to roll out show how fundamentally unserious this drive is. Just last week, the first part of Leon co-founder and “food tsar” Henry Dimbleby’s long-vaunted National Food Strategy was released, outlining “the slow-motion disaster of the British diet”, and how radical the changes would need to be in order to halt it.

At the heart of it were calls to extend free school meals and enshrine and enhance food safety standards. The first measure required public pressure led by footballer Marcus Rashford to be considered by this government, and the second has just been prevented from passing as an amendment to the trade bill.

Tinkering at the edges won’t change a culture, and the government knows that. These tired, ineffective and harmful campaigns have long since passed their sell-by date, and in the process made the task of producing a healthier, happier, more sustainable and more equitable food culture just that little bit harder. The government’s strategy is posturing at best and negligent at worst: to make society healthier, you have to build a healthier social order than the one we live in presently. There is little to suggest that Johnson is interested in really doing so.

• Kieran Morris is a freelance journalist