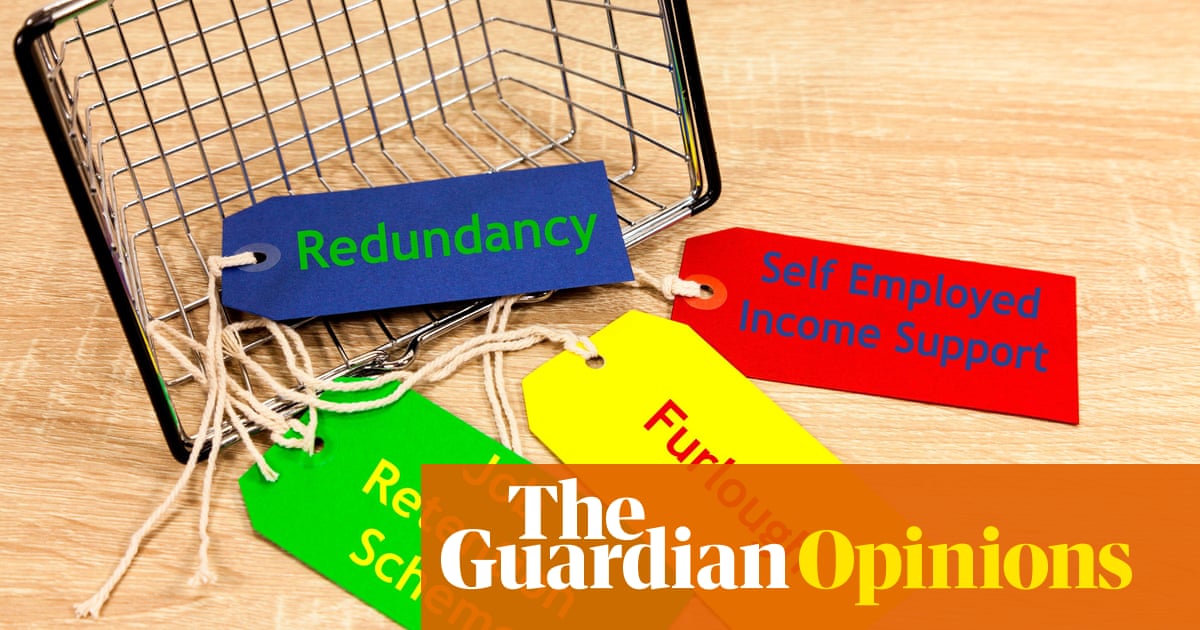 Coronavirus has proved how much our fates are bound up with each other. It has also been a test of us – and government. How much do we – and it – recognise our sense of mutual dependence and obligation? Unprecedented steps such as the furlough, despite its significant injustice in the numbers excluded, have been a welcome expression of that.

Yet the government has chosen to move away from that approach, as every firm in the UK must now contribute to the costs of their employees’ furlough, a precursor to the end of the scheme in October. That rule applies to businesses whatever their sector or circumstance, including casinos and bowling alleys, which had been preparing to reopen their doors this Saturday but were told on Friday they’d have to delay. The unpredictable nature of this virus means that public health measures must be flexible, yet the government is illogically sticking to a rigid economic approach.

Whether the employee works in an exhibition centre that can’t reopen, for an aerospace manufacturer that has seen its orders fall through the floor, in the wedding industry, which has been hit by scores of suddenly postponed and cancelled plans, or a firm in a sector that is seeing a return to something like normality, the rules are the same.

This is not a level-playing field but a disastrous approach that ignores the sectoral nature of this recession and risks handing P45s to hundreds of thousands of workers. So why is it happening? It isn’t simply a technocratic mistake but a deeply ideological decision.

To understand the nature of this recession, we only need to look at the decision to furlough by sector. The public health nature of this crisis is such that 73% of workers in hospitality were put on the job retention scheme, 40% in manufacturing but only 7% in finance.

What’s more, we know that the crisis persists. Almost 50% of the hospitality sector is still not back in business and 53% of manufacturers are planning redundancies, with Make UK warning of a “jobs bloodbath” if the furlough is not extended in key sectors.

Our European neighbours recognise this. The Kurzarbeit scheme in Germany and the chômage partiel in France enable workers to be put on part-time working and have the rest of their wage subsidised. It is very similar to the way an extended furlough, targeted at key sectors, could work in the UK.

It is the ultimate job-saving measure for a recession and, what’s more, is a recognition of the collective responsibility we owe to each other. The contrast with the approach here is stark. The Conservative government is effectively telling people it is tough luck if their job is not viable at full-time hours because of public health measures. It was worth saving their job in April but not now. Whatever the rhetoric, businesses and people are increasingly being left to cope on their own. Ministers themselves say that “inaction costs more than action” and they are right. The costs of not acting on higher benefits, lost tax revenues and a smaller economy will be high for the country.

Furthermore, the problem is not simply an unwillingness to act but an aversion to acting by sector. The case in point is the £1,000 jobs retention bonus. It hasn’t been targeted properly, which means an awful lot of money is being spent on workers who would have been rehired anyway in sectors that are recovering after lockdown.

This decision is of a piece with the wider approach. Nowhere is it clearer than in relation to manufacturing. For months, producers in the steel, aerospace and automotive sectors have been crying out for specific sectoral help. These are high quality, well-paid jobs. Yet while France is allocating €15bn to support aerospace, and French and German steel producers got help within 10 days of the start of the crisis, many of the UK’s manufacturers are still waiting. This is the British problem writ large. Industrial strategy may feature in the name of the business department, BEIS, there may have been copious documents produced about it in recent years, but old habits die hard. Paralysed by the allegation that the 1970s were about a failed strategy of picking winners, 50 years on, the the government’s approach will make us all losers.

There is also a longer-term issue hanging over these decisions for our economy. Of course, we want the crisis to be over, but the old economy we had was insecure, unequal and unproductive.

The aim cannot be to return to business as usual. Indeed, the crisis has shown what public and private sectors can do when working together, but we appear to be returning to an approach that has failed our country for the past decade – and beyond. If only the public sector starts to get out of the way, things will sort themselves out. This is a recipe for us never overcoming the low-productivity, unequal economy that we have.

This moment should not be allowed to pass without a recognition that the government had a choice. It could have carried on with the activist approach of the first few months. It could have said that no worker or business should be left to cope with the crisis on their own. It has chosen not to. The risk is that it will be British businesses, workers and the country as a whole that will pay the price.