Derry Girls creator Lisa McGee brings an altogether darker offering in this four-part series on the tumultuous affair of student Ophelia (Emily Reid) with her married lecturer Michael (Emmett J Scanlan). Tonight’s opening episode charts the burgeoning romance between the pair at Cambridge University before Michael suddenly goes missing, leading her to his home in Knockdara, Ireland, where she discovers the truth about his wife, a famous author. Continues nightly until Thursday. Ammar Kalia

MasterChef’s finest foreign export returns for another serving of high-stakes cheffing, this time with a new trio of judges – all former contestants – and 24 hopefuls who have also all previously been on the show. Gordon Ramsay kicks off the week, charging them with the task of making a gourmet meal in 90 minutes. AK

Once Upon a Time in Iraq
9pm, BBC Two 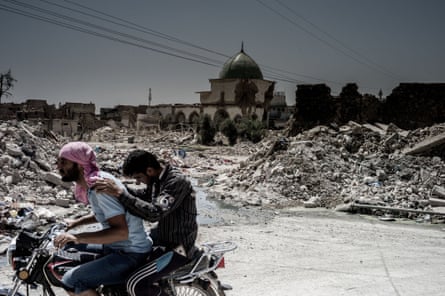 Gripping … Once Upon a Time in Iraq. Photograph: Gus Palmer/BBC/Keo Films

This gripping series documenting the 2003 invasion of Iraq reaches its penultimate episode. After Saddam Hussein’s capture in December 2003, many believed a new era was close at hand. Well-placed insiders, including the first CIA analyst to interrogate Saddam, explain how those hopes were dashed. Phil Harrison

Race Against the Virus: The Hunt for a Vaccine
9pm, Channel 4

This film utilises video diaries recorded by scientists and doctors to tell the ongoing story of Covid-19. It covers the initial struggle to identify the virus and the challenges of finding a medical solution, with contributions from the Oxford University vaccine project. Graeme Virtue

Season four of a strange legal procedural where the main character is a “jury whisperer”, ie not a lawyer. It works best when it forgets its own premise and does standard courtroom drama, as it does in tonight’s opening episode with the implausible story of a bartender charged with involuntary manslaughter. Jack Seale

Fresh from winning their first Premier League title in 30 years, Liverpool’s changing fortunes are charted in this doc about the club’s saviour, manager Jürgen Klopp, from his roots as a young player to becoming manager of German team Mainz 05 and reaching Liverpool in 2015. AK 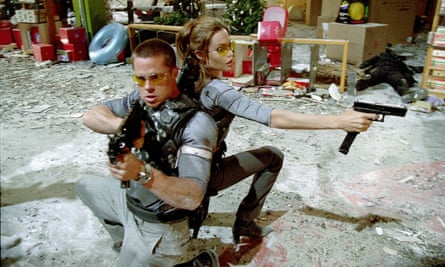 Mr & Mrs Smith (Doug Liman, 2005), 11.25pm, Film 4
The film that brought Brad and Angelina together: they play the Smiths, neither of whom, unbelievably, knows the other is an assassin, and are terribly bored with each other. Still, all is resolved by a lot of superbly choreographed gunplay when they are contracted to kill each other. Paul Howlett