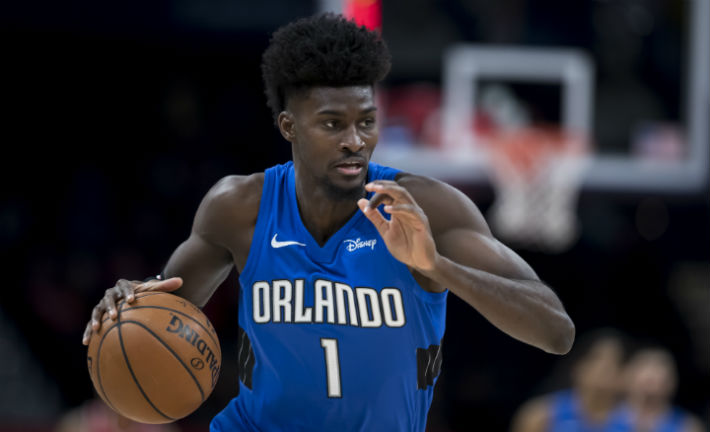 The Orlando Magic have been one of the most pleasant surprises through two games of the NBA’s restart in their backyard at Disney. The Magic have routed the Nets and Kings in the first two games, and although those are two of the worst teams in Orlando, it’s still been an impressive start for a team few discussed going in.

The Magic had gotten a big boost during restart camp when Jonathan Isaac was announced as available to play, after having suffered a sprained left knee on January 1 that ended his season. Orlando had initially said they’d be cautious with Isaac and were going into the restart not expecting him to play, but he cleared all of the necessary medical hurdles to get back on the court once scrimmages began.

Isaac showed flashes of the incredible defensive talent he is as he ramped up his on-court minutes, and the boost he gives the Magic on that end of the floor is undeniable. Sadly, on Sunday, Isaac was taken off the court in a wheelchair after a non-contact injury to that same left knee early in the fourth quarter against Sacramento. Later that night, the Magic confirmed that an MRI revealed Isaac had torn his ACL.

It’s a brutal way for Isaac’s season to end once again, and now he faces another arduous rehab and lengthy recovery that could potentially keep him out for much of, if not all of, next season depending on when the league starts the 2020-21 campaign. The Magic lose a versatile defensive presence as they look to challenge a top seed, likely Toronto, in a first round series, and maybe more importantly, lose significant time with their young budding star for next season.