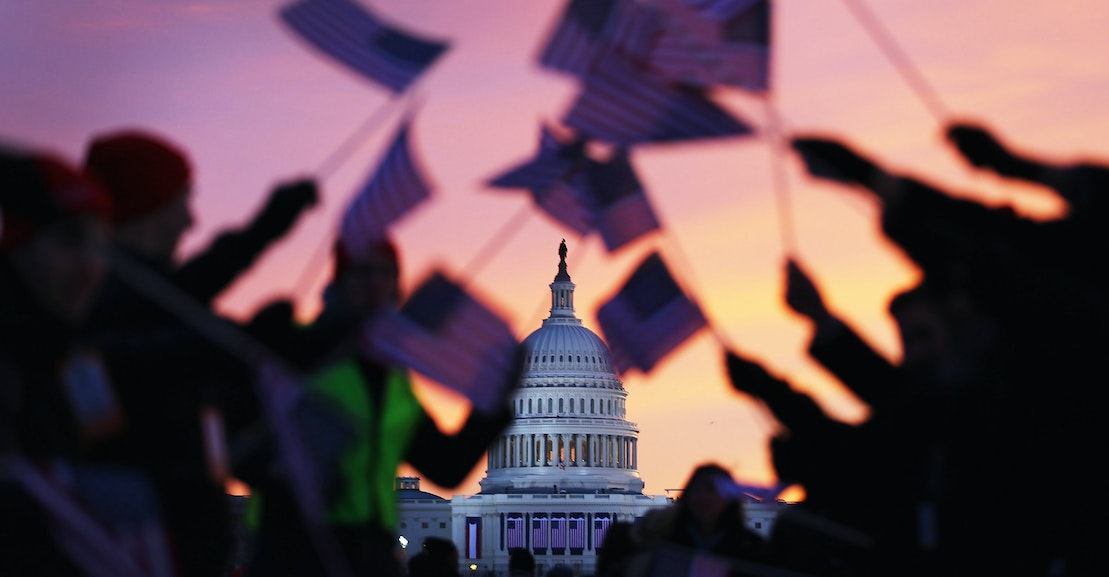 Perhaps the most feasible reforms are those that reshape the legislative process itself—not the constitutional path by which a bill becomes a law, of course, but the internal mechanisms of each legislative chamber as they write bills and hammer out compromises. In theory, Congress is supposed to fund the government each year through a series of bills crafted by the House and Senate Appropriations Committees. In practice, however, lawmakers have increasingly used “must-pass” continuing resolutions to keep the government open, essentially turning the budgetary process into a series of ticking clock stand-offs. Sometimes, the bomb goes off.

In a report on congressional reform released in January, a task force of the American Political Science Association, or APSA, partly blamed power shifts within each chamber for the dysfunction. “Relative power has shifted from committees to parties, as party leaders have centralized authority over the spending process at the expense of Appropriations committee and subcommittee chairs and rank-and-file members,” the report noted. “Legislative compromises now tend to be orchestrated by leadership and their staff, limiting the influence of rank-and-file members in the legislative process.” The result is a coercive process where most lawmakers must either vote for a bill where they had no influence or vote to partially shut down the government.

The APSA’s task force avoided making recommendations where they could not reach a consensus on how to fix something, which makes the report somewhat more diagnostic than surgical. In January, however, the conservative FreedomWorks Foundation also released a report on congressional reform that delved into some of the possible solutions. It focuses more broadly on how legislators “ceded many of its constitutionally delegated powers to the executive branch and concentrated most of the rest in the hands of congressional leadership.” Some of their proposals for regulatory reform and changes to the budgetary process will be met with skepticism from the left, as will their dismissal of the federal bureaucracy in general as an “unconstitutional fourth branch of government.”

Despite these differences, there is some room for common ground. The FreedomWorks report’s authors call for the repeal of the 2001 Authorization of Use of Military Force, or AUMF, as well as the War Powers Resolution reform that moves away from “mere consultation” when presidents carry out military strikes and instead imposes hard limits on a president’s war-making authority without Congress’s assent. They also call for Congress to claw back some of its authority over trade policy, reversing delegations to the executive branch that Trump used to wage a costly trade war with China and the European Union.

Perhaps the report’s most ambitious proposals for reform are aimed at Congress’s inner workings. Like the other two reports, the FreedomWorks report also expresses frustration about congressional leadership’s tight grip over rank-and-file members, which it maintains through control over committee assignments, party fundraising efforts, and more subtle means of influence. The report called for the House to strictly enforce the rule that lawmakers get three days to read a bill before voting on it, reopening the amendment process for major legislation, giving minority parties an opportunity to amend the rules, and more. (Though it unfortunately opposes filibuster reform, the FreedomWorks report also supports a more open amendment process for Senate bills as well.)

These changes, the report concludes, would help restore the House to its proper constitutional role. “Ultimately, the House of Representatives by its nature will always behave as more of a populist, majoritarian body, but that should not mean that the entire power of legislating rests in the hands of just a few of its 435 elected representatives,” the report said. “Restoring the ability of individual members to participate in the process and actually represent their constituents with their own local interests is of paramount importance for Congress to regain relevance. If instead we make all issues national and insist [on] monolithic party action, there is really no need for 435 local representatives.”

Some of the best congressional reforms would actually overturn previous efforts at reform. Banning earmarks, for example, helped make Congress less effective by eliminating a means by which lawmakers could forge coalitions. “I would have done a lot for Obama if I got $30 million [for a local road],” one Republican ex-lawmaker told FMC, according to their report. The APSA report also recommended bringing back earmarks, citing the potential legislative benefits and the broad anecdotal support among members. The ban, they noted, only changed who decides which projects get funded. “Supporters [of ending the ban] note that eliminating earmarks has neither reduced overall spending nor eliminated political decision making,” the APSA report noted. “Instead, the ban has only shifted power to the executive branch, since project-level decisions now get made by agency bureaucrats rather than by legislators.”

After Republicans took the House in the 1994 midterms, Newt Gingrich and his allies enacted a wave of “reforms” that instead undermined Congress as an institution. Gingrich shortened the legislative week so that lawmakers could spend more time running for reelection in their home districts, which left far less time for actual lawmaking and legislative work. He oversaw deep cuts in member and committee staff budgets and closed Congress’s Office of Technology Assessment, leaving lawmakers reliant on the executive branch and think tanks for policy development and analysis. Even the FreedomWorks report recognized that these changes, billed as part of an effort to fix Washington, only made things worse.