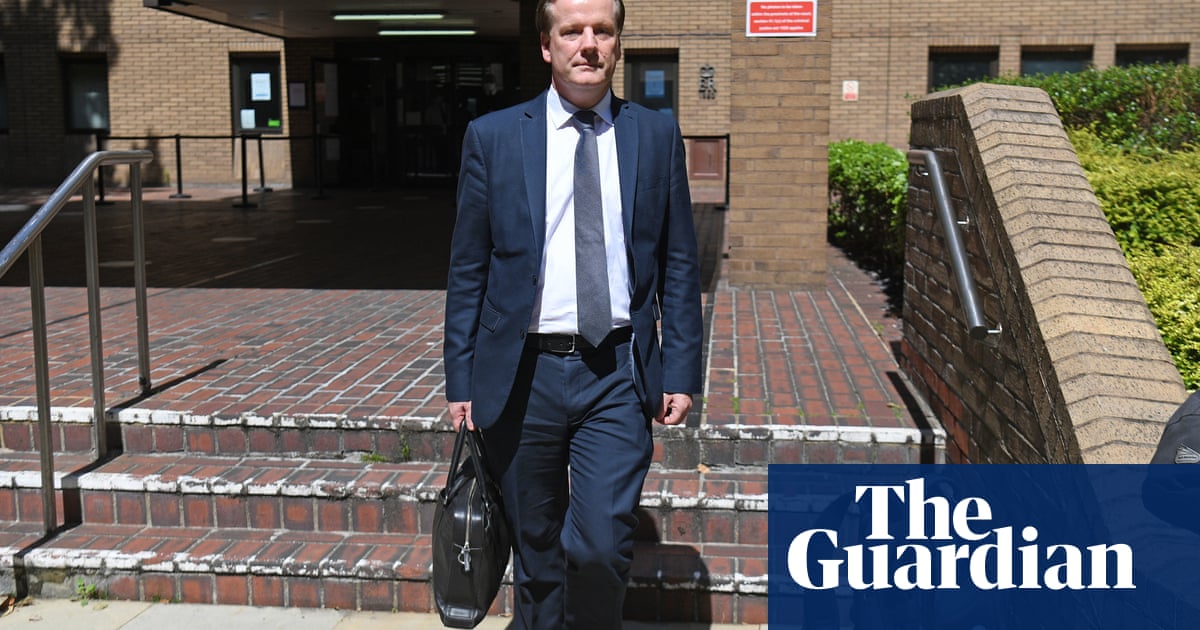 A cabinet minister lobbied the prime minister to help Charlie Elphicke after the Tory MP was charged with sexual assault, the Guardian has been told.

Questions resurfaced about the Conservative party’s handling of the case last week after Elphicke was convicted of three counts of sexual assault against two women in 2007 and 2016. He is due to be sentenced later this year and could face a jail term.

Elphicke, who represented Dover from 2010 until last year, is understood to have asked cabinet ministers to help him after the allegations were referred to the police in 2017.

In November 2019, having been charged in July that year following 20 months of police investigation, he succeeded in getting a member of Boris Johnson’s cabinet to raise his case with the prime minister, according to a source.

The source added: “He successfully lobbied one of Boris [Johnson’s] … cabinet ministers, who raised it and said: ‘We should do something, prime minister, to help Charlie.’”

While Johnson was said to have been “initially sympathetic”, another member of the cabinet strongly warned him against intervening and he did not do so, it is understood.

The Cabinet Office and No 10 have been contacted to ask for their response and whether they can confirm that Elphicke’s case was raised with Johnson by one of his ministers.

The revelation raises further questions about the manner in which senior Conservatives handled Elphicke’s case when he was under criminal investigation, and the extent to which MPs continued to support him.

Elphicke lost the Tory whip in 2017 when the sexual assault allegations were referred to the police, but was reinstated in December 2018 before a vote of confidence in the then prime minister, Theresa May.

The Guardian has also been told of deep unease among some Conservative MPs, particularly women, at the reaction from male Tory MPs when Elphicke and Andrew Griffiths, a colleague who had the party whip removed after being accused of sexually inappropriate conduct, were welcomed back into the fold.

“There was a lot of thumping of tables with fists and I remember just looking across at another woman with a frozen look,” said one Conservative who was in attendance at a meeting of the influential 1922 Committee of Tory MPs in December 2018.

Griffiths, who sent lewd text messages to two young women, was cleared of wrongdoing by the parliamentary standards watchdog in September last year.

The Crown Prosecution Service said after the verdict in Elphicke’s case at Southwark crown court on Thursday that Elphicke “had abused his power and influence over these women to make unwanted and forceful sexual advances towards them”.

The father of two was released on bail but was warned by the judge, Mrs Justice Whipple, that he faced the “very real possibility” of prison. After unanimous verdicts were returned, the judge told him: “All options remain very much on the table, including the possibility of an immediate custodial sentence.”

Elphicke’s wife, Natalie, who became the MP for Dover after her husband did not stand for the seat in last year’s general election, announced shortly after the verdict that their marriage of 25 years was over.

In an interview with the Sun on Sunday, she said she had ended the marriage in a private courtroom following a video call with the couple’s teenage son. She said: “It was just awful. The case has been really unpleasant, horrible, upsetting and humiliating.”

Giving evidence at his trial last Monday, her husband admitted not telling police the truth when they asked him about one of the women he was accused of sexually assaulting, saying he feared it would destroy his marriage.

He also said he had tried to keep his affair with another woman secret from his wife because he did not think his marriage would survive. The woman was not one of the complainants in the trial.

Both of the women who accused Elphicke gave evidence during the trial. One of them, speaking via video link, said she feared for her safety and locked herself in a room when Elphicke ran after her and tried to smack her bottom following the assault in 2007, jurors heard on the first day of the trial. She said he chased her down the stairs at his London home chanting “I’m a naughty Tory”.