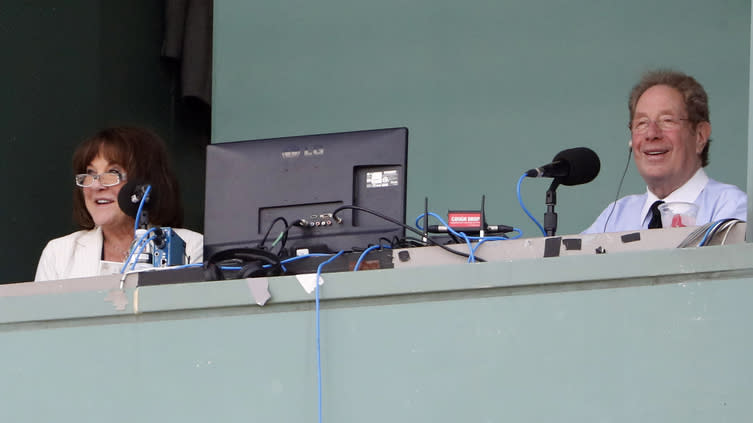 Of all the dramatic things we’ve ever seen, Friday’s pregame ceremony at Yankee Stadium could be up there.

The Boston Red Sox are in the Bronx on Friday to face the rival New York Yankees in their 2020 home opener. And before the game, the national anthem will be sung by none other than Suzyn Waldman, the longtime radio color commentator for Yankees games on WFAN.

Among the Yankees’ pregame ceremonies before their home opener tonight: radio broadcaster Suzyn Waldman will sing the national anthem. She promised Gerrit Cole, long before he was a Yankee, she’d sing it if he signed with them. A promise is a promise.

As the story goes, Waldman was impressed by Cole during the pitcher’s 2008 conference call with reporters after the Yankees drafted him in the first round.

The right-hander chose college instead of the pros, but Waldman finally met Cole in 2011 after he joined the Pittsburgh Pirates and told him he’d “make a great Yankee” when he became a free agent.

Cole’s quick reply, according to the New York Daily News:

“If I do, you have to sing the national anthem on Opening Day.”

Fast forward nine years later, where it appears Waldman will keep her promise.

This isn’t Waldman’s first rodeo, though. The Newton, Mass., native was a stage actor in musicals prior to her broadcast career and actually sang the national anthem prior to Game 7 of the 1986 ALCS at Fenway Park.

The Red Sox beat the California Angels 8-1 in that game to advance to the World Series, so perhaps she’ll bring Boston similar luck Friday night when the Sox face their American League East rivals for the first time this season.