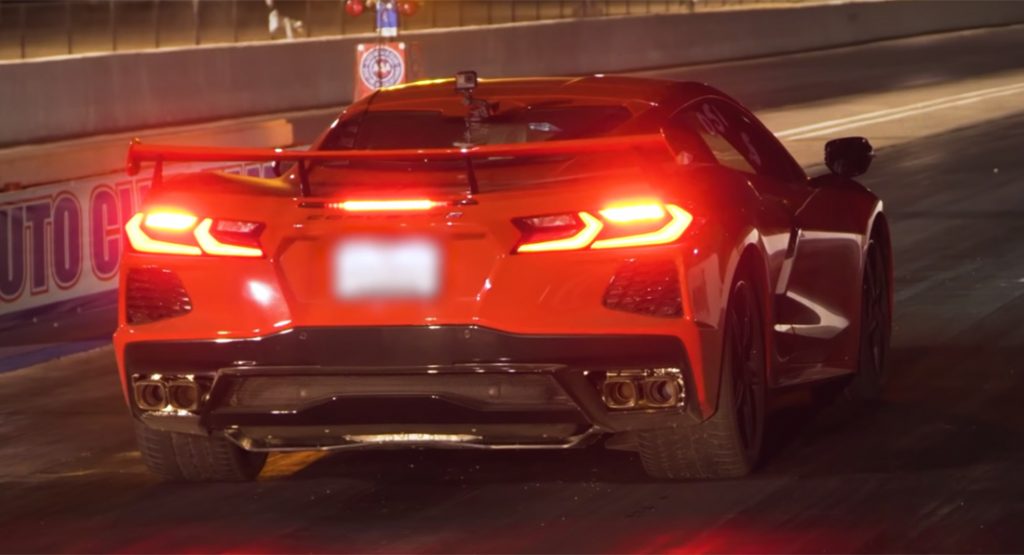 While the 2020 Chevrolet Corvette Stingray may not have world-beating horsepower and torque numbers, it is capable of some serious acceleration, as this video proves.

The C8 Corvette featured in this video is owned by YouTuber Sped Phenom and is totally stock. He has previously taken the car out to the track on a handful of occasions and recently headed to a drag strip with the ‘Vette for the very first time.

While a prepped drag strip surface is generally the best way to discover a car’s straight-line performance, Speed Phenom had a lot of difficulties getting off the line without heaps of wheel spin. Not satisfied with 0-60 mph (0-96 km/h) times in the 4-second range, he headed out onto the street to see what his ‘Vette is capable of.

Read Also: Is Anyone Willing To Save This Damaged 2020 Corvette?

Surprisingly, the C8 suffered none of the same traction issues on the street. It delivered some utterly amazing performance numbers, recording a best 0-60 mph time of 2.6 seconds and repeatedly recording 2.7 second sprints in subsequent runs. The YouTuber then set a best quarter-mile time of 10.95 seconds on the street.

It’s worth pointing out that all of these times were based on what the car’s onboard Performance Data Recorder (PDR) was displaying. While the PDR has a dedicated GPS receiver, there are concerns among some in the YouTube comments that it may be a little optimistic. However, even if the PDR is a little inaccurate, previous independent tests of the C8 Corvette have shown it can indeed hit 60 mph in 2.7 seconds as verified by independent monitoring systems.