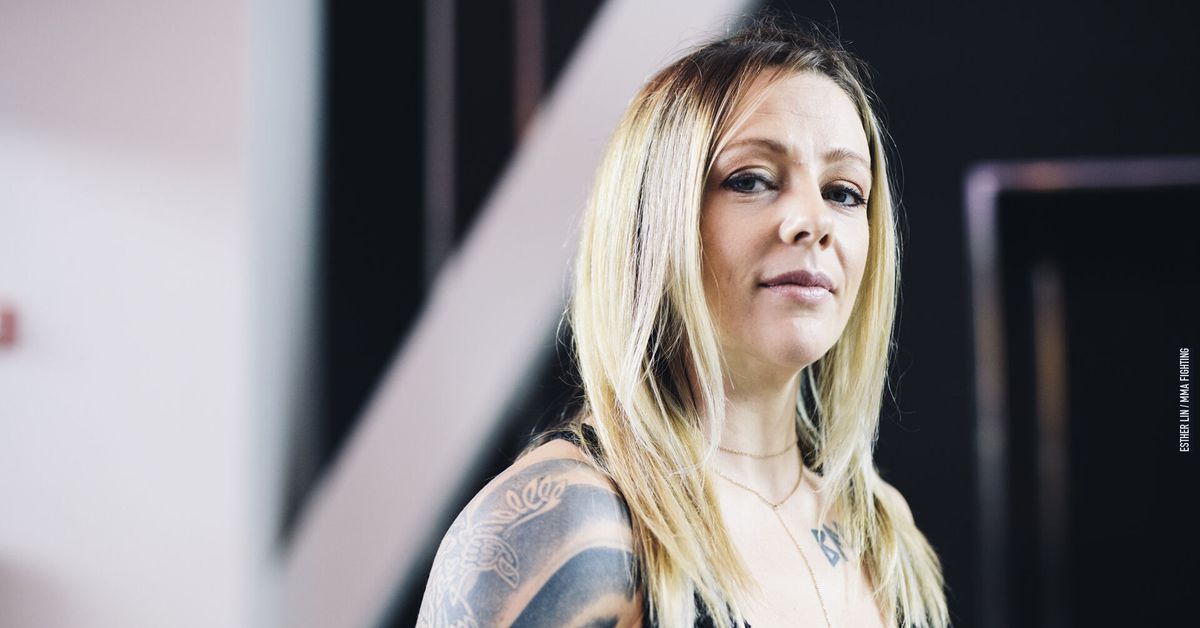 Joanne Calderwood understands nothing in the UFC is guaranteed.

Just a few short months ago, the Scottish flyweight was preparing for a title shot against reigning 125-pound champion Valentina Shevchenko, but an injury forced the champ to undergo knee surgery, delaying their showdown.

When it was clear that Shevchenko wasn’t going to be ready to compete again until the latter part of the year, Calderwood had to decide if she was going to risk sitting out for over one year in hopes of still receiving the title shot, or stay active with the knowledge that a loss would eradicate any chance she had to compete for a championship this year.

“I feel like I’m at the point of my career where I train consistently, my weight’s good, my mindset’s good, and I feel like if the ball’s in your court, then why not?” Calderwood said when speaking to MMA Fighting during the UFC media day on Thursday.

According to Calderwood, she had already informed her management team and the UFC that she wanted to fight again after learning that Shevchenko wouldn’t be ready to fight by August or September as initially anticipated. When Jennifer Maia suddenly needed an opponent for Saturday’s card in Las Vegas, she saw it as a sign that this was the right opportunity to not only take a fight, but face off against another top-ranked flyweight.

The fight also afforded Calderwood the chance to remind fans and the rest of the flyweight division why she was initially chosen as the No. 1 contender.

“This sport, people only remember who just fought on the weekend and I feel like that was also part of me wanting to get back in there,” Calderwood said. “Cause there’s flyweights out there that are onto their second and third fight now and I’ve been out for a year.

“I get it, I’m in a great position and a great opportunity ahead of me, but at the same time, I’m not getting paid and people aren’t thinking I’m relevant to this spot. I want to go out there and prove to myself and to the fans as well and I want to stay active. For me, I know that’s the best thing for me.”

Of course, going from a title fight to a short notice co-main event against an opponent sitting behind her in the official UFC rankings are two totally different opportunities.

That requires a massive shift in mentality, as well, and Calderwood acknowledges that she had to hit the reset button when going from Shevchenko to Maia.

“It’s a lot,” Calderwood said. “I feel like I’m trying not to look too much into it because I know I have a tough fight ahead of me, but I’m just in a happy place. I’m excited. Times are tough right now and there’s not a lot of people who are getting to work out there and I feel like I’m in a good spot.

“I feel really grateful for that. I can go out there and earn some money. I can get some experience in the octagon.”

If anything, Calderwood believes a win over Maia will not only solidify her spot as the next person in line to face Shevchenko once she’s healthy, but this will just add a little more experience to her resume after spending the last 11 months on the shelf.

“It’s been coming up on a year since I fought and I just missed that,” Calderwood explained. “I miss all the emotions and it can get alienated to you that you’ve not done it so long.

“So I feel like for me, I made a good decision because I don’t want to be going in against the best girl in the division feeling, ‘Oh jeez, it’s been so long since I know what fight week feels like,’ and getting ready and getting your hands wrapped and being in that moment. The thing is octagon time is very important.”