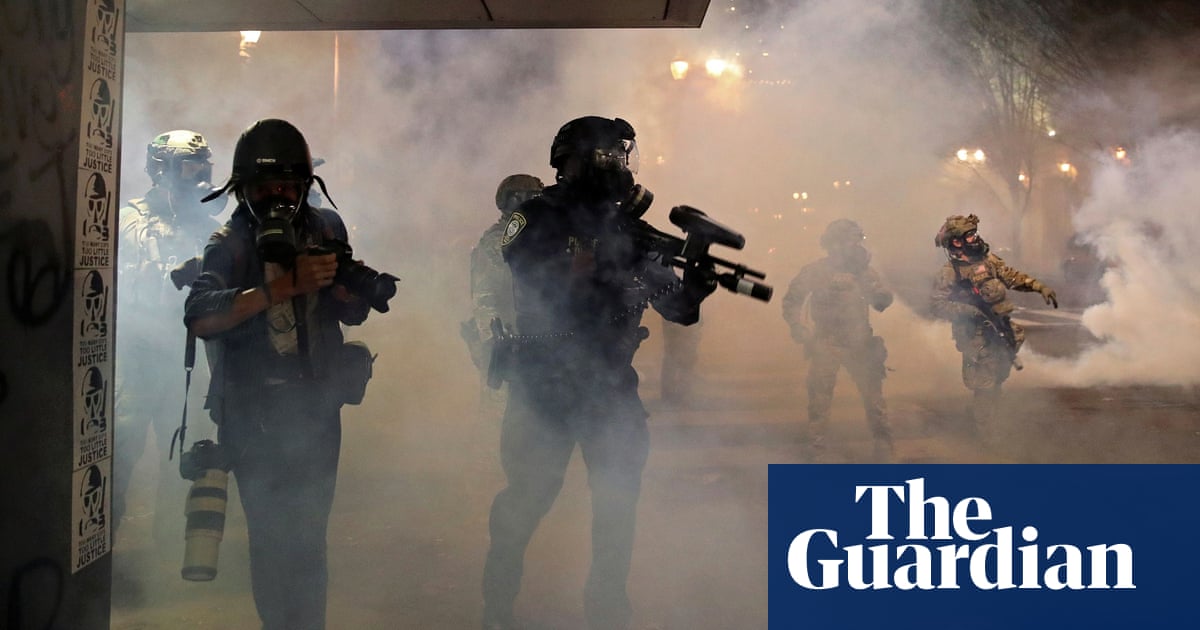 The US Department of Homeland Security (DHS) has been surveilling the work of American journalists reporting on the unrest in Portland, Oregon, circulating “intelligence reports” on them to other federal agencies in a move that has been decried as a clear violation of the constitutional right to a free press.

The Washington Post obtained the intelligence reports which were compiled by the unit within DHS known as the “office of intelligence and analysis”. The newspaper said the reports were distributed in the past week to law enforcement and other agencies.

‘Denigrated and discredited’: how American journalists became targets during protests

They referred specifically to two prominent US journalists whose reporting had revealed the disarray within the Trump administration’s contentious deployment of federal agents to quell protests in Portland.

One of the journalists, Mike Baker of the New York Times, had disclosed a leaked DHS memo that discussed the confusion prevalent among the federal agents sent to Portland. The memo showed that the camouflaged officers had little understanding of the nature of the demonstrations they were being asked to police.

The second journalist was Benjamin Wittes, who edits the national security blog Lawfare. He had also published leaked DHS documents, one of which was a memo warning the department’s officials not to disclose information to reporters.

Only after the Post published its bombshell article did Chad Wolf, the acting DHS secretary, put out a statement saying he was immediately halting the practice of collecting information on members of the press and ordering an inquiry into what had happened.

The revelation that DHS officials had not only been surveilling the work of journalists covering Portland but had been disseminating their findings as “intelligence reports” normally reserved for terrorism suspects or foreign adversaries prompted an immediate outcry.

In a Twitter thread, Wittes said he was considering his legal options. He called the contents of the information gathered on his reporting “innocuous enough” but said what troubled him was that DHS officials had shared his work “as intelligence reporting … If this activity is okay, is it okay to build a full dossier of public record information on a journalist?”

Jameel Jaffer, director of the Knight First Amendment Institute at Columbia University, posited that this was just the tip of an iceberg. “An agency that is so cavalier about compiling intel reports about establishment figures like these is almost certainly compiling more comprehensive reports about others.”

Ned Price, a former CIA intelligence officer who acted as Barack Obama’s special assistant in the White House, said he had never advised a colleague in the intelligence community to quit their job. “But if this is what you’re being asked to do, you should absolutely resign.”

The relationship between the Trump administration, the federal agents – dubbed “Trump’s troops” – sent to Portland, and the press has been troubled on several levels. The American Civil Liberties Union (ACLU) is suing the DHS for the rough treatment that has been meted out to reporters covering the events at the federal courthouse in downtown Portland.

The ACLU complaint says that federal agents, led by border patrol, have been assaulting reporters in violation of a court order. Several members of the press have been shot at close range despite clearly being identified as journalists and photographers.