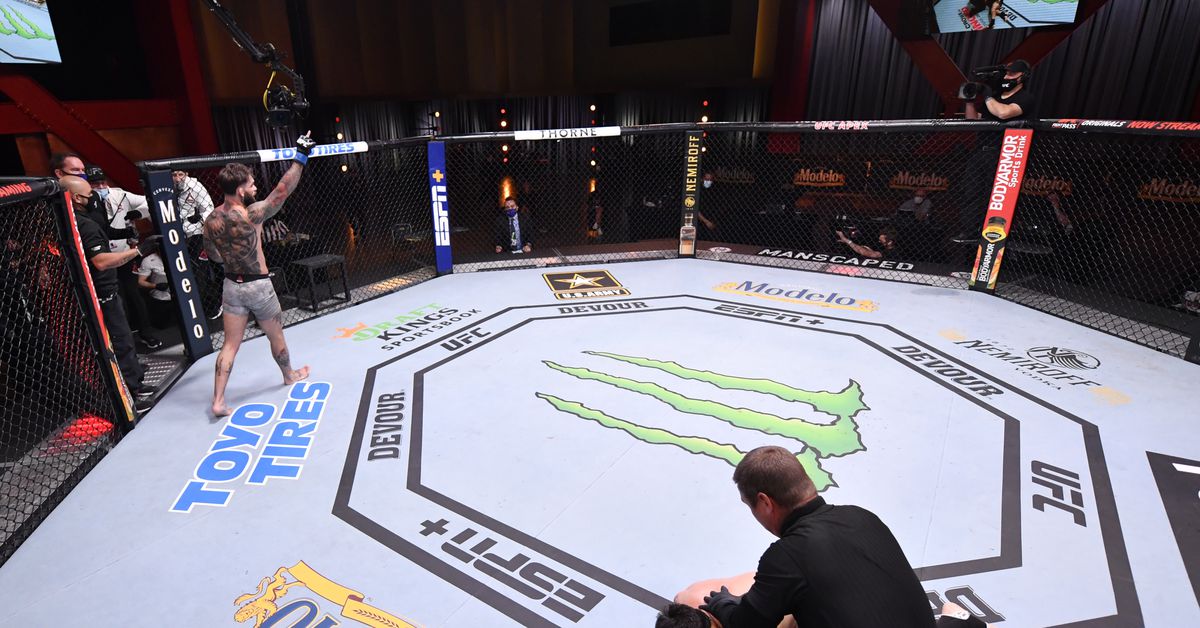 It looks like the UFC won’t be going back to Fight Island so soon.

The promotion has requested permits for four events at the UFC APEX, including the Sept. 19 date reserved for UFC 253, which features a middleweight title fight between champ Israel Adesanya and Paulo Costa.

Additionally, five dates have been requested for Dana White’s Contender Series, which begins its fourth season on Sept. 1 at the UFC’s facility. The permit requests were disclosed as part of the agenda for the Nevada Athletic Commission’s Aug. 5 meeting in Las Vegas.

The APEX became the domestic home for the UFC for a quintet of events in late May and June after the promotion restarted its live event schedule in May at VyStar Veteran’s Memorial Arena in Jacksonville, Fla. After moving to Fight Island so that international fighters could compete, the promotion booked more events for the APEX in August.

On Saturday, UFC Vegas 5 marks the promotion’s return to the facility with a middleweight title fight between Edmen Shahbazyan and Derek Brunson.

UFC President Dana White expected Fight Island to host upcoming title fights, including a proposed title unifier between champ Khabib Nurmagomedov and interim champ Justin Gaethje. But after the death of Nurmagomedov’s father due to complications from COVID-19, Adesanya was booked opposite Costa as the headliner of UFC 253 on Sept. 19.

White said Fight Island could be a refuge for the promotion if the coronavirus pandemic made it impossible to do business in Nevada. But the state’s governor, Steve Sisolak, has allowed certain businesses to remain open despite an overall uptick in COVID-19 positives.

Utilizing an enhanced safety protocol, the UFC has ruled out several fights when fighters or their corners tested positive.