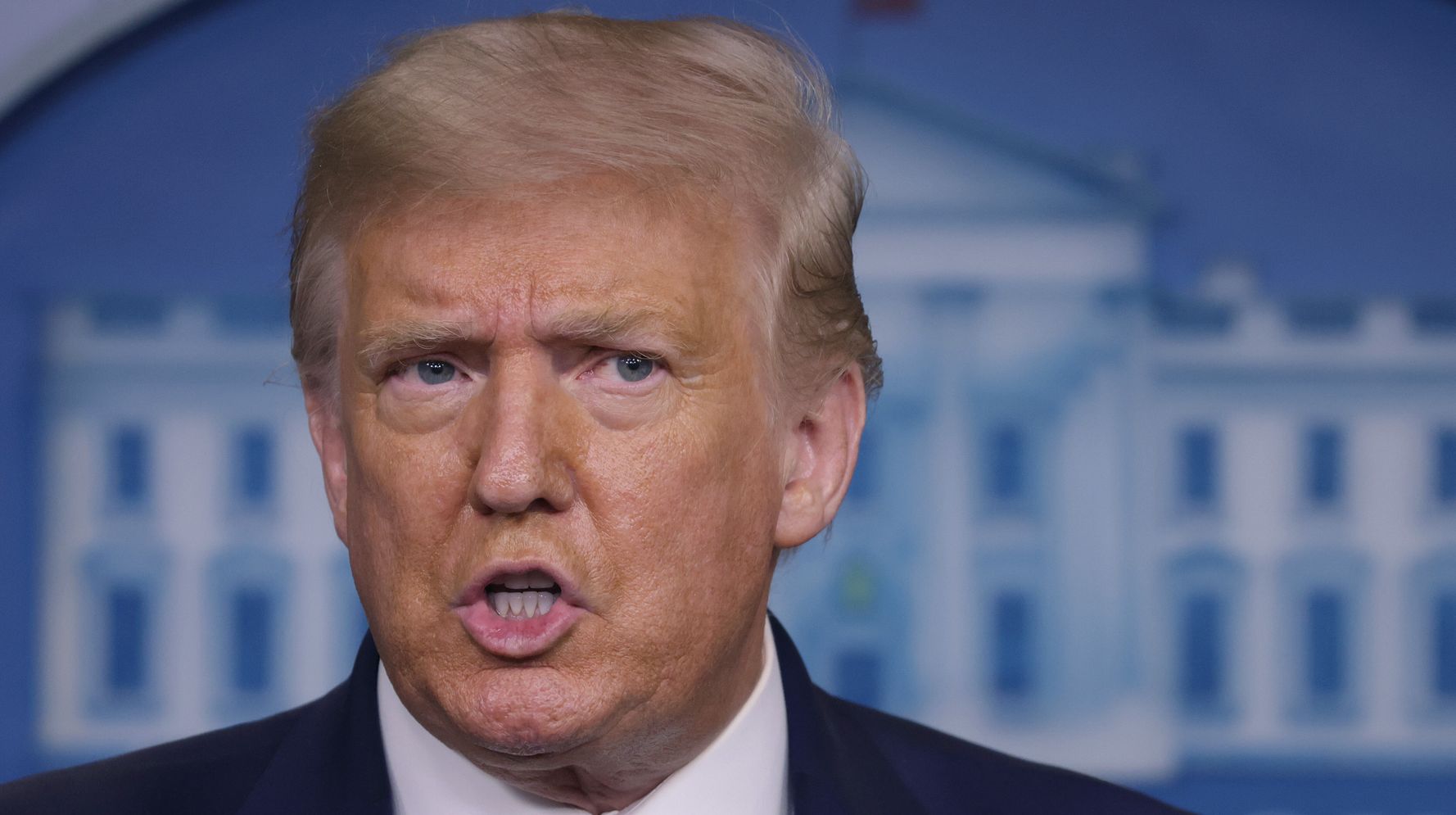 President Donald Trump dismissed the “bullshit” of the effects of cancel culture as he negotiated with a senator to preserve the name of Confederate Gen. Robert E. Lee at military installations, according to a recording of a phone conversation given to The New York Times.

Sen. James Inhofe (R-Okla.) put Trump on speakerphone at an Italian restaurant in Washington, D.C., as the men talked politics Wednesday night. The conversation was overheard and recorded by “someone in the room,” the Times reported Thursday.

“All right, my friend,” said Trump. “Are you doing good? We’re going to keep the name of Robert E. Lee?”

Inhofe responded on the tape: “Just trust me. I’ll make it happen.”

Trump seemed to be referring to his tweet last week that Inhofe had promised he wouldn’t change the names of “Military Bases and Forts” and was “not a believer in ‘Cancel Culture’.”

I spoke to highly respected (Chairman) Senator @JimInhofe, who has informed me that he WILL NOT be changing the names of our great Military Bases and Forts, places from which we won two World Wars (and more!). Like me, Jim is not a believer in “Cancel Culture”.

Trump has threatened to veto the Senate’s Defense Authorization Act that overwhelmingly passed last week and would change military base names that honor Confederates. The 86-14 vote margin could easily override a presidential veto. Trump’s conversation with Inhofe appeared to be a push to protect a veto.

The president seemingly veered into another complaint about so-called cancel culture, in which support for a person is withdrawn over offensive actions or statements. A “lot of people want to be able to go back to life — not this bullshit,” he added.

In the recording of his call with the senator, the president also discussed Inhofe’s sudden cancellation of a confirmation hearing for retired Gen. Anthony Tata, Trump’s pick for a top Pentagon policy post. The move followed deepening concerns from both Democrats and Republicans about Tata’s history of inflammatory tweets in which he called former President Barack Obama a “terrorist leader” and attacked Islam.

Earlier in the conversation, Inhofe, chair of the Senate Armed Services Committee, referred to holding up Tata’s confirmation.

Inhofe had said in a statement that Democrats and Republicans don’t yet “know enough” about Tata and hadn’t received required documentation.

On the recorded portion of the phone call, the men mentioned the possibility of someone “resigning” and being given another appointment.

Inhofe has not commented on the recording.