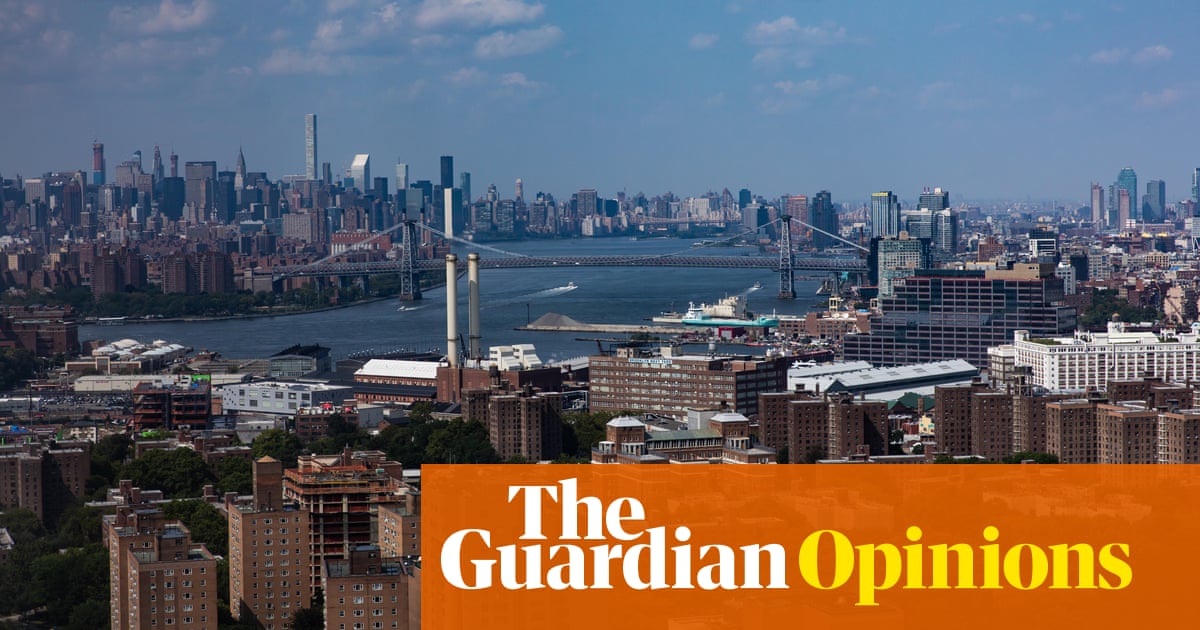 ‘You should move to the suburbs.” This remark, once made in jest, now surfaces frequently as a serious proposition. Every week in New York, more families leave – the well-off to hastily acquired rentals or second homes; others to their elderly parents’ basements, where the downsides of moving back in with the folks are alleviated by a back yard and schools that might actually reopen. The move out of town, once considered a defeat of sorts by those who remain in the city, is now regarded by many as the only sensible option.

It is not a straightforward migration. In the US, as in Britain, “the suburbs” exist both materially and as an idea, one that Donald Trump, among others, is keenly aware of. Last week, he addressed a tweet to the “Suburban Housewives of America”, a capitalised entity summoned fresh from the 1950s, whom he informed were in peril of losing their “American Dream”.

The source of the danger was a housing initiative backed by Joe Biden, which, as Trump explained it, sought to build “low income housing in your neighbourhood”, and which he expressed an intention to rescind. A few days later, he returned to the subject, promising residents of the suburbs that once the potential for poor people moving in was cut off: “Your housing prices will go up based on the market, and crime will go down. Enjoy!”

As ever, with Trump, once the shock of his crassness subsided, there was something almost refreshing about his ability to say the quiet thing out loud. The postwar history of the American suburbs is fraught with racial segregation, not just redlining by banks, but entire housing developments subsidised by the federal government in the 50s and 60s, in which the sale of properties to black Americans was prohibited. The word “urban” has always been estate agent speak for non-white, and here he was, the estate-agent-in-chief, selling his voters on an urban-free landscape.

There is segregation in the city, too, of course. As we edge into August and the public schools start to release their dismal fall schedules, the drive to create tutoring pods is springing up all over the city, and while parents of means are urged to include less well-off kids in their pods, with entry prices of $2,000 a month per child, realistically this isn’t going to take off. In the suburbs, it is perhaps easier to kid yourself that your world is the world at large, and that you owe no debt of engagement to any other.

Ugh, I couldn’t possibly live here, I huffed, before going home to an airless apartment

The suburbs still have a pull on the imagination. I grew up an hour outside London and, despite living in one large city or another for over 20 years, suspect that my mindset is at heart suburban. I don’t mean the net curtain-twitching of sitcom suburbia, but the broader stereotype of someone not of the city. I like early nights. I spend a lot of time thinking about property prices and wondering whether I should refinance. Under stress – don’t judge – I have been known to self-soothe by humming the theme tune to ’Allo ’Allo!. All of these things strike me, for some reason, as suburban reflexes that might be summarised as not avant-garde.

And, I admit, friends who have moved out of town since the start of the pandemic are having the kind of summers I used to love as a kid, running through sprinklers in the garden, having barbecues and organising their lives round the tennis club. The summer after graduating from college, I returned home and after rejoining the tennis club started playing every Thursday at “ladies’ morning”, something I simultaneously loved and snobbishly disparaged. With the 21-year-old’s unforgiving gaze, I recall looking at my doubles partners and thinking: why aren’t you screaming?

“Those aren’t my people,” I said to a friend the other day. She had moved out to Long Island and was urging me to consider a similar move. We’d spent a pleasant day at the beach, during the course of which a plane had flown overhead dragging a banner that read, “Long Island backs the NYPD”. Ugh, I couldn’t possibly live here, I huffed, before going home to an airless apartment where my kids and I are never out of each other’s earshot. A few nights later, we were woken by protesters against racial injustice marching beneath our window.

What exactly do we get from being in the city, apart from a sense of superiority over people living 50 miles down the road? The benefits have never been entirely quantifiable, but we know they are there. Compared with the American dream of the detached house in the suburbs, the average New Yorker is penned in, crippled by costs and, for the moment at least, trying to work with the kids home all day and no hope of respite in September. And yet compared with a lot of the alternatives, a sense remains that this world is still, fundamentally, bigger.

• Emma Brockes is a Guardian columnist